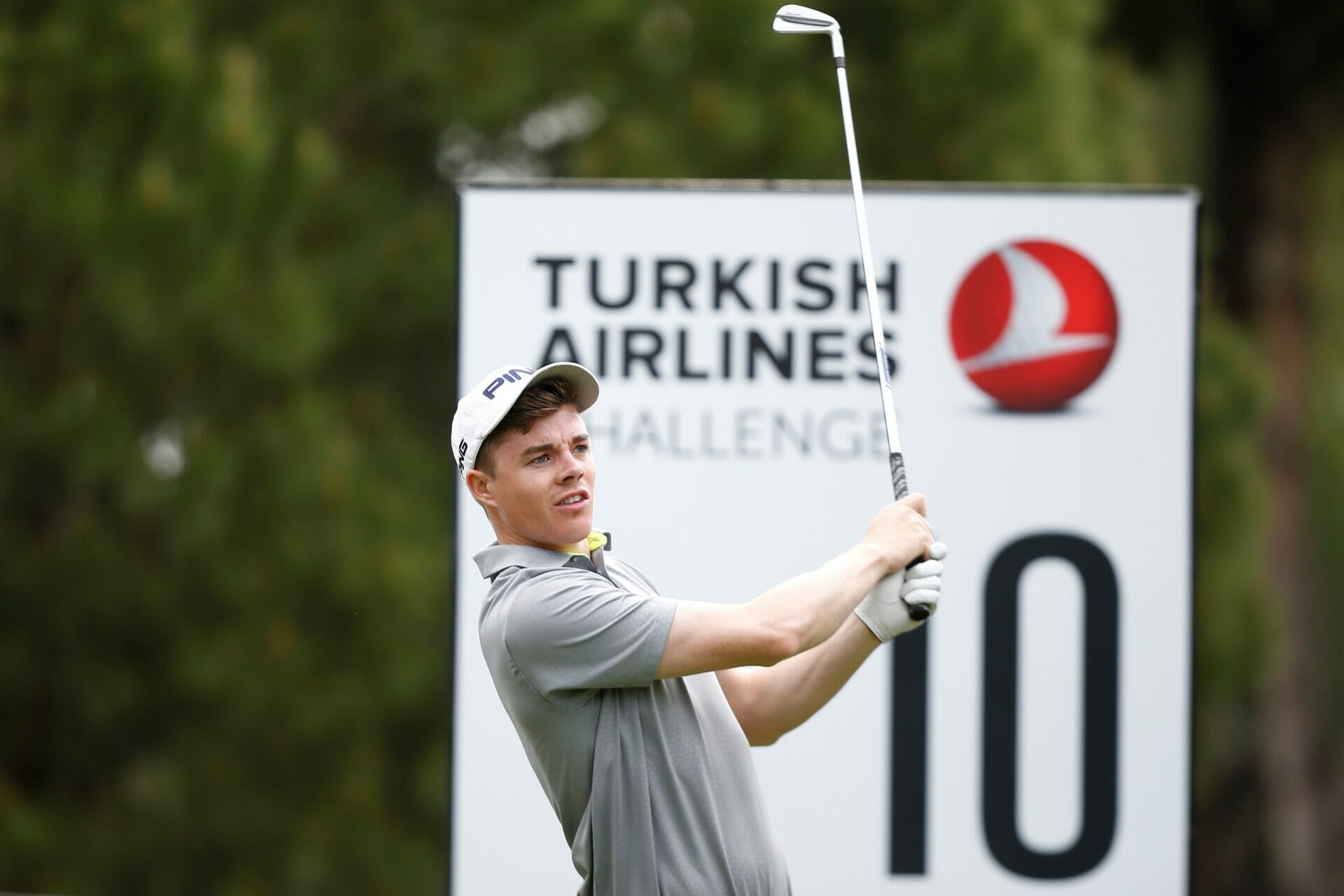 Tullamore’s Grehan will be left to rue an opening round 75 after firing consecutive four-under-par 69s over the past two days.
Team Ireland’s Casey returned a 69 of his own as the pair moved into a share of 21st spot for a 54-hole total of six-under-par, collecting a cheque worth £436.25 for their efforts.

As for the other Irish in the field, West Cliff’s Brendan McCarroll ground out an even par 73 to sneak into a top-50 in a week where he didn’t quite have his best stuff.

The big disappointment, however, was Moyola Park’s Chris Selfridge who had got himself into a great position, sharing 10thahead of today’s final round.

Unfortunately Selfridge couldn’t find the third round to complete the sequence and his three-over 76 saw him fall into a share of 47thspot alongside McCarroll at three-under-par.

Dave Coupland carded rounds of 62, 71, and 70 to win his second title of the season. Coupland (Woodhall Spa Golf Club) started the day three shots clear, and maintained at least a two-shot cushion throughout the final round as the likes of Billy Hemstock (Teignmouth Golf Club), Richard Mansell (Beau Desert Golf Club), and Billy Spooner (Boston West Golf Club) all tried to reel the Lincolnshire lad in.

Mansell, Spooner and Hemstock all came close, until a superb eagle for Coupland on the 14thput some daylight between himself and the chasing pack. And a further three pars and just one bogey over the last four holes was enough to confirm Coupland’s title.
The win is the third EuroPro Tour title of his career, and second this season, and he now joins Mark Young on two wins, neck and neck in the hunt for the coveted £250,000 four-win bonus on offer.

Another bonus is the lucrative £59,000 for a 59-round which Coupland had a real go at on day one at Foxhills, shooting the joint-lowest score to par round ever recorded in EuroPro Tour history at (-11), matching Sandeep Grewal’s effort in 2007.

Reflecting on his efforts this week, Coupland said: “I’m over the moon to get my second win of the season. I felt there was a lot of pressure
on me, especially after the opening round I had, but I kept telling myself each day was a blank slate and that helped me stick to my game plan.

“It was brilliant playing with a close family friend of mine in Billy Spooner, I think we both helped each other settle into our games and stay relaxed out there, Richard Mansell is a great guy too so it was a top final group to be a part of.”

“The eagle on 14 gave me a little bit of a cushion but I immediately gave up one of those shots after I misjudged my second shot on the next hole, and three-putting it in the end. It could have been a little bit easier as Richard then made a charge late on.

“The goal for me at the start of the season was to win the Order of Merit and it’s great to be top now with a handful of events left in the season. There’s a long way to go still though, and plenty of hard work ahead of me so I’ll stick to the game plan and hopefully that will be enough.”

As well as moving to the top of the Order of Merit and the Race to Andalusia & Desert Springs, Coupland has all but confirmed himself a Challenge Tour card in 2019. Also, in winning the IFX & Winged Boots Championship, Coupland also becomes the first ever golfer in EuroPro Tour history to win the Pro-Am as well as the Championship event itself.