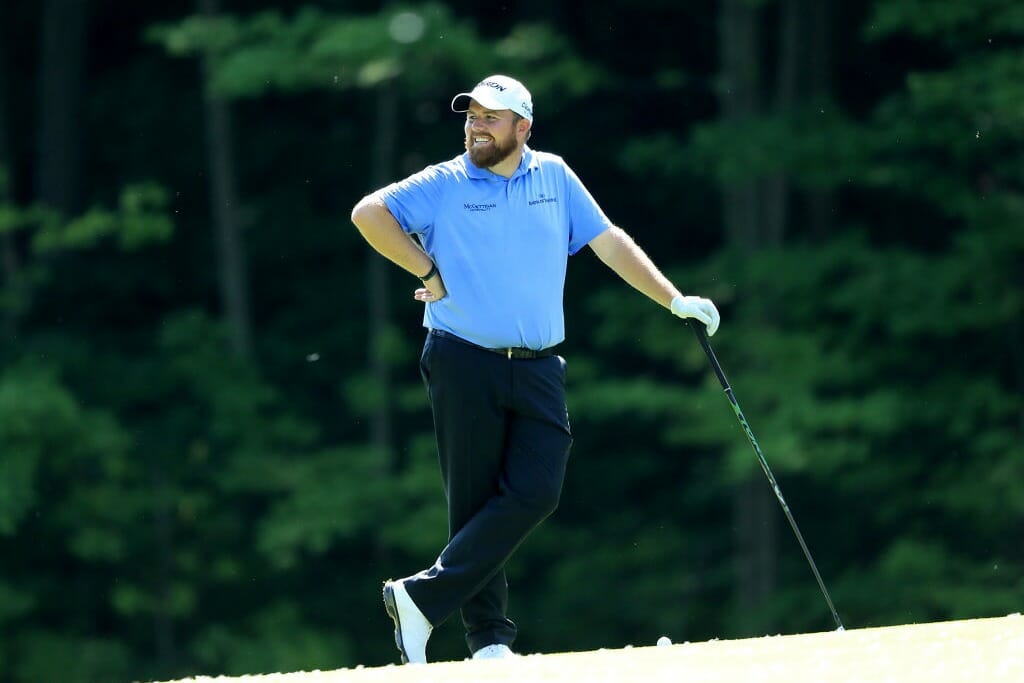 Shane Lowry bounced back from three bogeys on his front nine with a barnstorming finish that finds him just outside the top-10 ahead of tonight’s final round at the RBC Canadian Open.

With brother Alan on bag duties this week ahead of a run of 5 events planned with the end-goal being a top-125 finish on the FedEx Cup rankings and his card secured for 2019, the Lowrys have started as they mean to continue with a timely return to form.

With his exemption for winning the WGC Bridgestone invitational set to expire at the end of the season, Lowry fired a four-under-par 68 to move into a share of 13th spot, six shots behind a four-way tie for top and just two strokes off 5th place.

At one-over on the round through 12 holes such a lofty position looked beyond his reach for a time, but Lowry oozed class on the inward stretch, bagging three birdies and a tap in eagle to fly home in 32 and give his FedEx chances a major boost with a round to play in Ontario.

At the top, FedEx Cup leader Dustin Johnson used a fast start and a late eagle to grab a share of the lead on moving day.
Johnson shot a seven-under 65 at Glen Abbey to match Kevin Tway, Byeong Hun An and Whee Kim at 17-under 199.

“I like the golf course, I feel like my game’s in really good form, I’ve got a lot of confidence in it,” said Johnson, who tied for second at Glen Abbey in 2013 and 2016.

Johnson birdied the first three holes and five of the first six, then rebounded from two back-nine bogeys with a birdie-birdie-eagle run. He’s seeking his third victory of the season and 19th on the tour.

“I’m going to have to go out and play really well tomorrow,” Johnson said. “There’s definitely low numbers out here. There’s a lot of guys right around the lead and somebody’s going to go shoot low. Hopefully it’s me.”