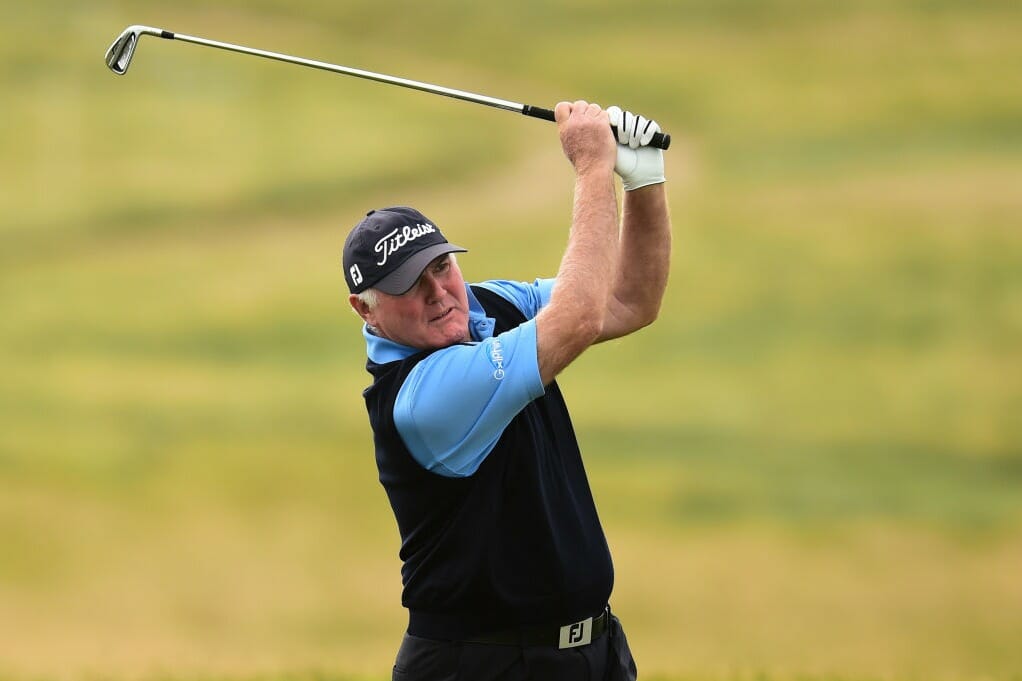 It was 42-years ago when a 12 year-old Ronan Rafferty first laid eyes on the famed Old Course at St. Andrews. Now aged 54 he has returned to contest this week’s historic Senior Open, the first time the event has been staged at the Home of Golf.

Rafferty, who now lives at Comrie near Gleneagles in Scotland,  is a winner of seven European Tour events from 1989 to 1993 and in 1991 was crowned European Tour No. 1 and contested 462 main Tour events from 1979 to 2007. Rafferty also lays claim to being the second-youngest to play The Open, aged just 20 when he teed-up in the in the 1980 Open at St. Andrews – and he quizzed this author if I knew the youngest and with Rafferty suitably impressed when I answered: ‘Young Tom’.

However, since turning 50 in 2014 Rafferty has played just 37 Senior Tour events, including four this year.

“I’ve got good memories coming back here to St. Andrews winning two Dunhill Links Trophy events for Ireland and I played in four Open’s including my highest-ever finish in a Major, finishing ninth behind Seve in 1984 here at St. Andrews,” he said.

“Actually, I first played here as a 12-year old and then played as a 17-year old in the ’91 British Amateur so I have some great memories of playing here but none better than that 1984 Open when Seve holed that famous putt to win, with that picture of him that became famous around the world.

“But then you think was it that long ago (smiling).

“I have been looking forward to this week as it is the last time I may play a competitive tournament on the Old Course, and it’s not like I want to go standing on the Swilcan Bridge or anything like that but the chances of playing another Senior Open here for me are pretty slim.

“So my expectations this week are to firstly enjoy it and then to make the cut, that would be nice.”

Rafferty is among six Irish contesting this week’s $US 2m event.