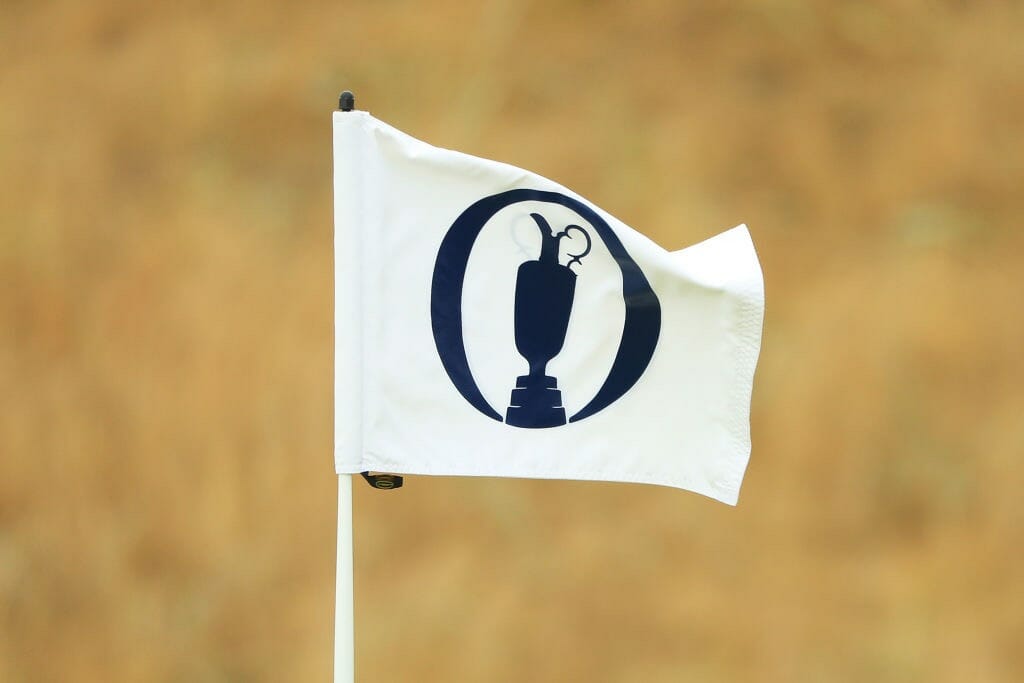 Considering the array of sporting events to behold in recent weeks, golf has suffered at the hands of a trigger happy remote control user of late, but it definitely won’t happen this week.

The action keeps on rolling with all eyes trained on Carnoustie this week. Before armchair fans across the land become consumed with coverage from Angus we were provided with a sporting dress rehearsal of marathon proportions last Sunday.

Caffeine overload, serious snacking, posterior pins and needles and the threat of remote control burnout were very real side effects of an afternoon trying to have our cake and eat it in front of the box one Sunday before the new Champion Golfer is discovered.

It was the preamble to this week’s Open Championship, scene of Pádraig Harrington’s miracle work and Major breakthrough in 2007. Last Sunday saw the final day of the Scottish Open from Gullane face stiff competition from all quarters for armchair flickers. It turned out to be an unscientific exercise of viewer behaviour. In this house it became sport speed dating, trying to capture all the action.

A wet, dank Croke Park held enough curiosity to enter the dating game. Kerry versus Galway or Monaghan v Kildare were games with no real allegiances, but it was still worth checking in with RTÉ nonetheless.

The golf coverage on Sky Sports was in its infancy so there was no issue to go flirting elsewhere. It was easy to become transfixed with Russia for a time. The World Cup Final, a relative one off, a special occasion, France v Croatia for the biggest prize.

A chance to see more of the mercurial Kylian Mbappe, who became the first teenager (19) to score in a final since Pele in 1958. France were dominant, and the outcome seemed somehow assured long before the action concluded.

All of which brought us neatly to more top-drawer armchair viewing with traditional July fare from another final at SW19. As the BBC nudged the Wimbledon final over to BBC 2 to make way for the World Cup, the final between Novac Djokovic and Kevin Anderson looked one-sided on paper.

If ever there was a time for a specific bet, it had to be backing Djokovic in straight sets. And that’s how it played out, the Serbian had far superior artillery to draw upon against his tall South African opponent.

As finals went, it had to be one of the most stress-free in Djokovic’s career. No disrespect to Anderson, he’s not in the same league as a Federer, Nadal or Murray in their pomp.

And so, to the action in Gullane, a Rolex Series event on a wonderful stretch of links land in Lothian, east of Edinburgh. The golf was fantastic, the course was immaculate, it was one week before The Open, all of which got me wondering why it didn’t capture my imagination for the whole afternoon? My wandering eye went looking elsewhere rather than remaining with old faithful.

I refuse to top the reasons list with Sky Sports’ Mark Roe because for too long to care, he has been a turn off for this viewer. I cannot bide his whiny and inane observations. I’m sorry, he brings little to the party.

Perhaps these days we only become truly committed when it’s one of our own doing the business. It was a nicely bunched leaderboard, household names contended and the threat of a possible 59 from South African Brandon Stone and eventual winner were all part of the mix.

But it’s just not the same without your favourites. The Irish Open at Ballyliffin the previous week suffered a similar fate on the final day when none of the Irish featured. Or is that too fickle an excuse to be turned off?

Time is another obvious obstacle for golf. It lacks the immediacy of other sports. Last Sunday’s coverage lasted five hours from 3pm, which afforded us plenty of time to go elsewhere before returning for the closing stages.

Golf still has its work cut out in the viewing stakes; it’s a busy marketplace with plenty on offer to turn heads.

That said, this week is different. The most radiant of them all is in town, remote controls can be stood down as all eyes will be on Carnoustie to see who goes home with the famous Claret Jug.