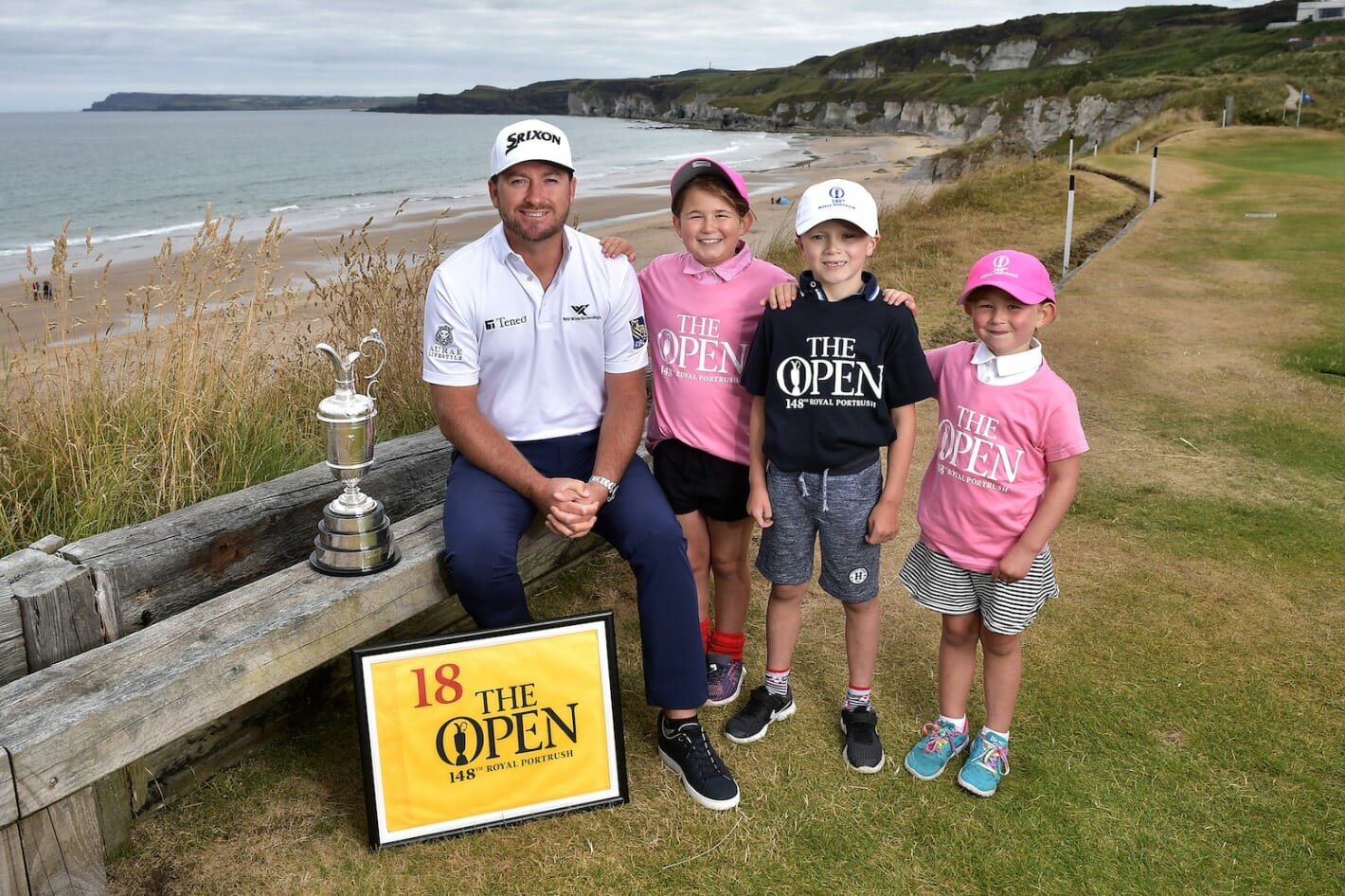 Graeme McDowell returned to Royal Portrush, to mark the going on sale of the first tickets to The 148th Open. The event will be held there from 14-21 July next year for the first time since 1951.

An estimated 190,000 fans are expected to attend the Championship during the event week. Priority tickets are available now for a limited time exclusively to members of The One Club. Registration to the club is free and guarantees first access to tickets as well as a range of other benefits. Hospitality experiences have been on sale since May and are selling fast with one facility already sold out for the Final day.

Customers purchasing with a Mastercard will benefit from a saving of GB£5 per transaction. Children under 16 will be able to attend The 148th Open for free alongside an adult guardian under The Open’s “Kids Go Free” programme. Those under 25 can purchase tickets at reduced prices and benefit from free camping.

The 148th Open is only the second time that The Open will have been played outside England and Scotland, the first being when Englishman Max Faulkner won at Royal Portrush in 1951. The much anticipated return to one of the island of Ireland’s most prestigious golf courses has been facilitated by the creation of two new holes freeing up space for The Open’s famous galleries.

Graeme McDowell said: “I am so excited at the prospect of The Open being played at Royal Portrush. The Open is a unique event in golf and one of the world’s most prestigious sporting events. Northern Ireland is such a special place to play golf. The passion, support and knowledge of the fans is incredible creating an unrivalled atmosphere to play in front of. I believe that this coupled with the magic that is The Open is going to create a memorable occasion. I would encourage everyone to try to get to Portrush next July. It promises to be a magical experience for both the players and the spectators.”

Johnnie Cole-Hamilton, Executive Director – Championships at The R&A, said, “There is huge anticipation for the return of The Open to Royal Portrush for the first time in nearly 70 years and we are delighted to announce tickets going on sale to members of The One Club today. It will be a historic occasion for the island of Ireland and promises to be a true festival of golf with the world’s best players facing the magnificent challenge of the course. Tickets will be in great demand so this is a fantastic opportunity for fans to get in early and secure their places for next July’s Championship.”

Tickets for The 148th Open at Royal Portrush can be purchased at HERE.  All new members of The One Club will receive immediate access to priority tickets.