Is the Irish Open broken….again? Where were the big guns? 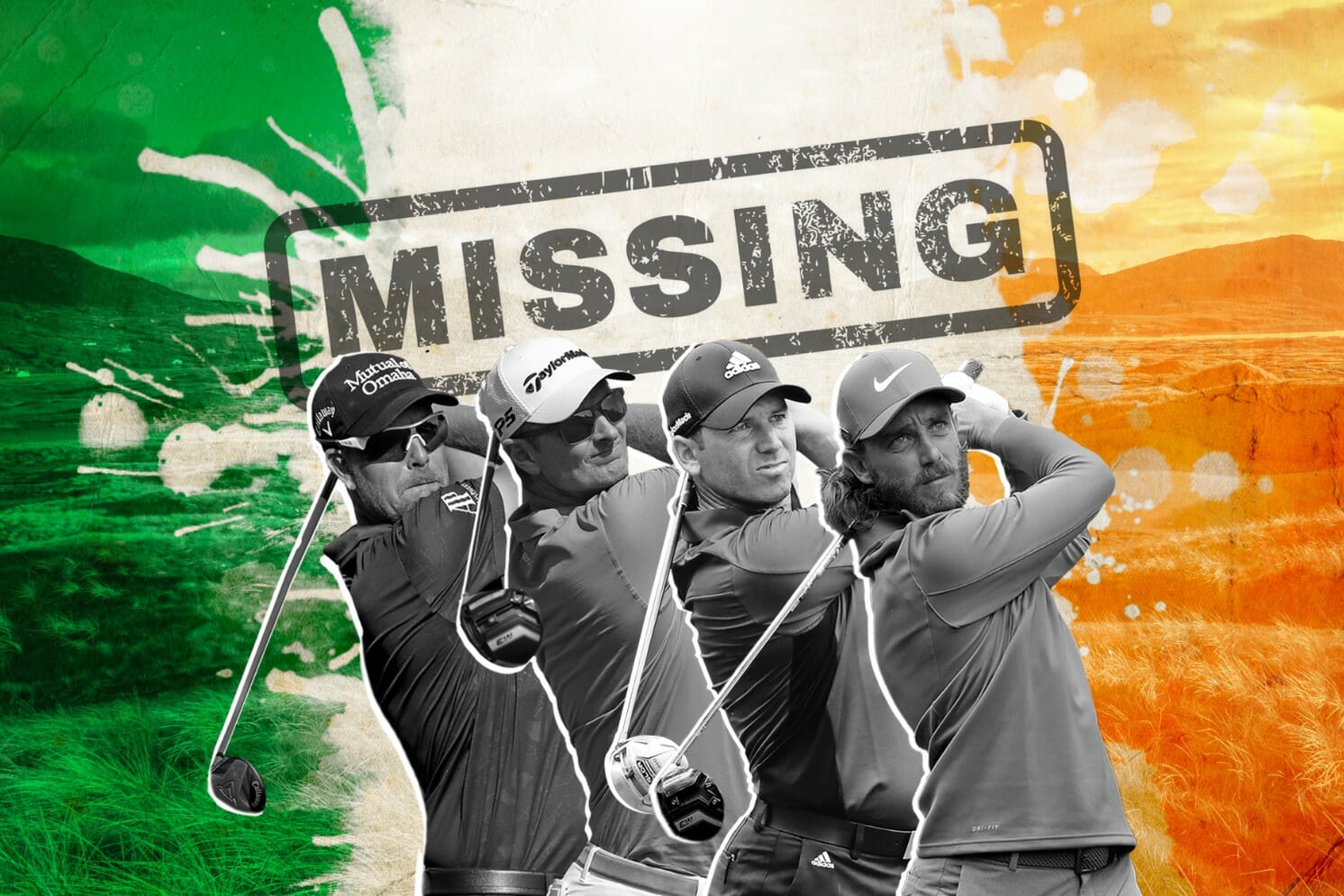 From the dizzying heights of Royal Co. Down in 2015 when tournament host Rory McIlroy called in quite a few favours, it seems the Dubai Duty Free Irish Open is sliding back down the road to insignificance on the European Tour schedule as the top stars were notable in their absence at Ballyliffin.

The real winner this week was the stunning Glasheedy Links at Ballyliffin and not our national open, and it’s a shame.

There is no question that Ballyliffin looked immense on TV but I couldn’t help but wonder if the location was one of the reasons for the weakened field? It made me question where the European Tour had lost sight of what the Irish Open actually is; Is it about attracting tourism to the region or attracting spectators to the event itself? The harsh reality is that based on the depleted field that teed it up, it may not deliver on either front this year.

Which begs the question, why?
We’re talking about a Rolex Series event with over €6m on offer played on one of the best links courses you’ll find anywhere in the world. ‘Fund it and they will come’, the European Tour said, when they launched the Rolex Series only two years ago. Yet in its third season the system seems to be broken already and if money’s not the problem or the golf course, where does the problem lie?

Scheduling.
When I looked at the draw for Thursday’s tee times I couldn’t help but think where the big names atop the Race to Dubai had disappeared to? Where were Alex Noren, Henrik Stenson, Tommy Fleetwood, Francesco Molinari, Paul Casey who will all feature in this year’s Ryder Cup team in Paris.

It doesn’t take a detective to find the answers. Looking at some of the absentees’ social media updates over the weekend would really turn your stomach; Sergio was in Wimbledon, Justin Rose was watching the World Cup. Paul Casey was probably watching Love Island. But whatever their reasons, why choose this week of all weeks to put the clubs away; why skip an Irish Open?

This is supposed to be a flagship tournament yet it seems that the two Rolex Series events all the big names crossed off their schedules this year were Italy and Ireland. It’s glaringly obvious that something needs to be done and it’s the European Tour who need to address it. But rather than rant, let’s look for solutions.

Why have three Rolex series events – France- Ireland – Scotland all in a row before the Open? It’s well known that not many top players will play four weeks in a row so Ireland was always going to be the obvious choice to drop off the calendar as its sandwiched between the Ryder Cup venue and Scotland the week before The Open.

I fear that next year will be worse, even with the draw of The Open being played at Royal Portrush. Scotland won’t give up their prime slot the week before the Open and with a field consisting of Phil Mickelson, Rickie Fowler and most of the world’s top-20, why would they?

All that’s left is for Ireland to pack up its grandstands and plot a new course next year. What’s desperately needed is a change of date that reinstalls the Irish Open as the one to tee up in as opposed to the one to avoid. Coupled with that, a change in venue could reap rewards because despite our richness in links tracks, the event doesn’t need to be on a links every time. The August bank holiday slot was the most memorable in recent years with Killarney and Fota Island showcasing the best of Irish parklands for a worldwide audience.

For me a week that promised so much failed to spark. Some will argue that it was the lack of a home contender that extinguished a potentially cauldron-like atmosphere, yet despite soaring temperatures the tournament failed to ignite a fire for the spectators. Of course the European Tour will argue that we got our grandstand finish; Knox outwitting the wily Fox in a wonderful playoff, but two hours of golf aside I couldn’t help feel that this was a step backwards for our national open.

A tournament like the Irish Open should demand the best players in the world competing and a field worthy of an island that has long punched above its weight in the sport. Rebranding the event behind a Rolex cover won’t cut it. It’s time we had our day once more.

The Tour owes us that much, at the very least…