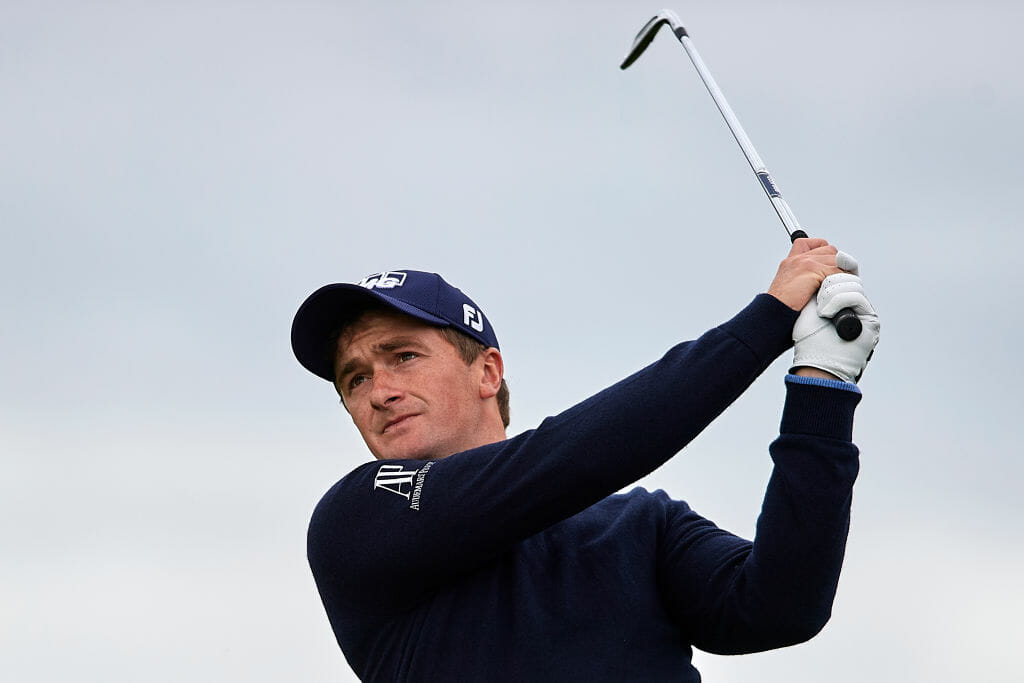 Paul Dunne kept himself in the frame for a good finish at the HNA Open de France with a level par 71 yesterday which added to his opening 74 & 67 see him at one under par overall and in a tie for 11th place alongside Shane Lowry.

Lowry carded a 67 on day three with just one bogey (on the 1st) and 5 birdies to push himself up the leaderboard and while both players are a long way off the -10 lead held by Sweden’s Marcus Kinhult, they are well placed to challenge for top 10 positions today.

Unfortunately Graeme McDowell couldn’t reproduce his form from day one and he had a roller-coaster day with 6 birdies, 3 bogeys and a double bogey in his round of 70 which leaves him in a tie for 30th place on two over par.

Kinhult meanwhile, maintained his two shot advantage heading to the final day but the 21 year old has some illustrious company lining up behind up him.  Both Kinhult and his playing partner, Ryder Cup player Chris Wood, signed for four under par rounds of 67, with each player impressively fighting back from double bogeys early in their third rounds – Kinhult on the second hole, after an opening birdie, and Wood on fourth.

Kinhult responded with five birdies in a row from the fifth hole and then negotiated Le Golf National’s difficult back nine in level par 35 shots to lead on 10 under par, while Wood picked up eight shots in ten holes after dropping three shots in his first five, before bogeying the last to sit two shots back on eight under par.

“I just felt good. I hit some really good iron shots,: said Kinhult. “As I said, it was a bit of a shaky start, but then I just hit some good shots and felt better and better throughout the round. The momentum kind of kept me going in there,” he added.

The pair will have three of the world’s top players – Sergio Garcia, Justin Thomas and Jon Rahm – chasing them on Sunday, with Major Champion Garcia surging into contention courtesy of a masterful display of ball striking in his round of 64.

The Spaniard, who is making his debut over The 2018 Ryder Cup course, posted eight birdies, with his only dropped shot of the day coming on the last hole where he found the water from the tee, as he moved into third place on seven under par and after his round he commented, “We’ll see what kind of day we have. Obviously, the goal is to play as well as I did today. I believe in what I’m doing, and you know, just have as much confidence as possible, like I was doing today. If I’m able to do that, I should have a good round and it’s the kind of golf course that it’s testing you every single hole and you’ve got to stay very patient and very down-to-earth.”

He will be joined in tantalising penultimate group by his compatriot Rahm, the World Number Five who followed a birdie on the 17th by holing a 35ft birdie putt on the last hole for a round of 68 to lie four shots back on six under par. World Number Two Thomas also found the lake with his drive on the 18th hole, but scrambled a par to post a round of 69, the same as his fellow American Julian Suri, who joins him in a share of fifth place on five under par.