McIlroy has work to do ahead of DDF Irish Open 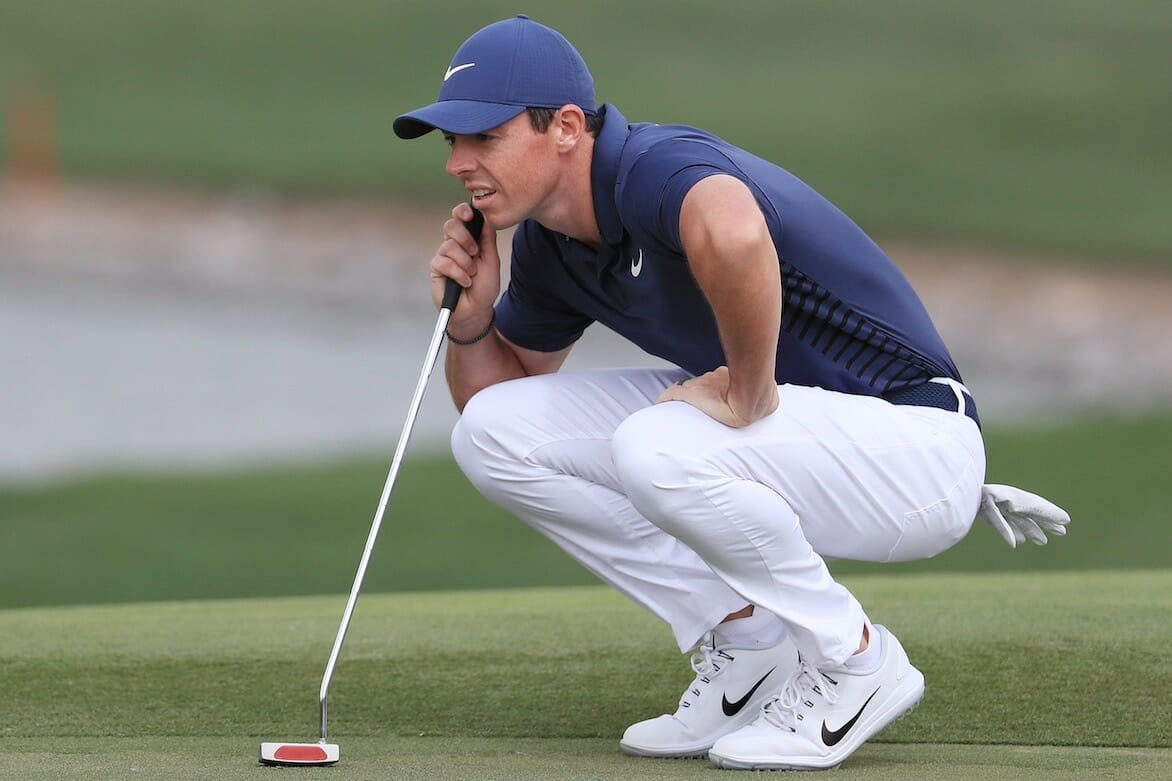 Rory McIlroy clearly has much to do on the practice range before returning home to host next fortnight’s Dubai Duty Free Irish Open.

McIlroy ended his Travelers Championship campaign sharing 12th place with rounds of 64, 69, 69 and a no-frills closing 67 for an 11-under par tally on the TPC River Highlands course in Cromwell, Connecticut.

Double Masters winning Bubba Watson came from six shots back in posting a closing 63 to win the event for a third occasion on 17-under par, and Watson, who moved to second overall on the USA Ryder Cup points table, is also the first player this year to win three times in the 2017/18 PGA Tour season.

It was a bitter result for Casey who had lead by four heading the final round and was five clear of his rivals when he birdied the first.
However the Englishman struggled with his game including finding water twice off the tee over his closing handful of holes.

McIlroy had been just one shot from the lead on day one but slipped to a share of fifth on day two while he was never in the final round mix in starting the last day eight shots off the lead.

There had been the bizarre scenario at the start of his third round on Saturday with a nosy squirrel interrupted McIlroy’s opening tee shot and while it refused to obey any instructions for marshals and officials, it took McIlroy’s caddy Harry Diamond to move the rodent. Though McIlroy ended-up walking off with a bogey and while there was no squirrel to blame on day four, McIlroy began his fourth round also with a dropped shot.

He regrouped to get back into the red with birdies at the third, sixth and seventh holes with the pick being the seventh where McIlroy landed a 70-yard wedge shot to just two feet. He then dropped a shot at the 12th but picked off a birdie at the short par-4 15th that he brilliantly played in five-under for the four days that included an eagle and three birdies.

He grabbed his final birdie of the round at the 17th ahead of a closing par.

“I’ve still got some work to do. I played well on Thursday, but then I sort of just reverted back to a couple of bad habits that I’ve been in and struggled the last three days,” he said.

“I’m proud of myself. I hung in there. I didn’t have my best stuff this week, but I’ll finish maybe in the top 10, so it’s not too bad. I’m heading back to Florida as we’re building a house at the minute, so I’ll probably be there for most of next week that’s really it.”

“I don’t have much more planned and besides it will be good not see the golf course until next weekend, I think that’s the plan. I’ve got the Irish Open the week after next, and then play a little bit of links golf and get ready for The Open.”

Seamus Power jumped 10 spots in also joining McIlroy in signing for a 67 to finish inside the top-40 on six-under par.

Sadly, Padraig Harrington finished at tail of the field among those who made the cut. Harrington had been right in the after two rounds of 66 and 69 but the weekend did the Dubliner no favours with scores of 75 and 74.