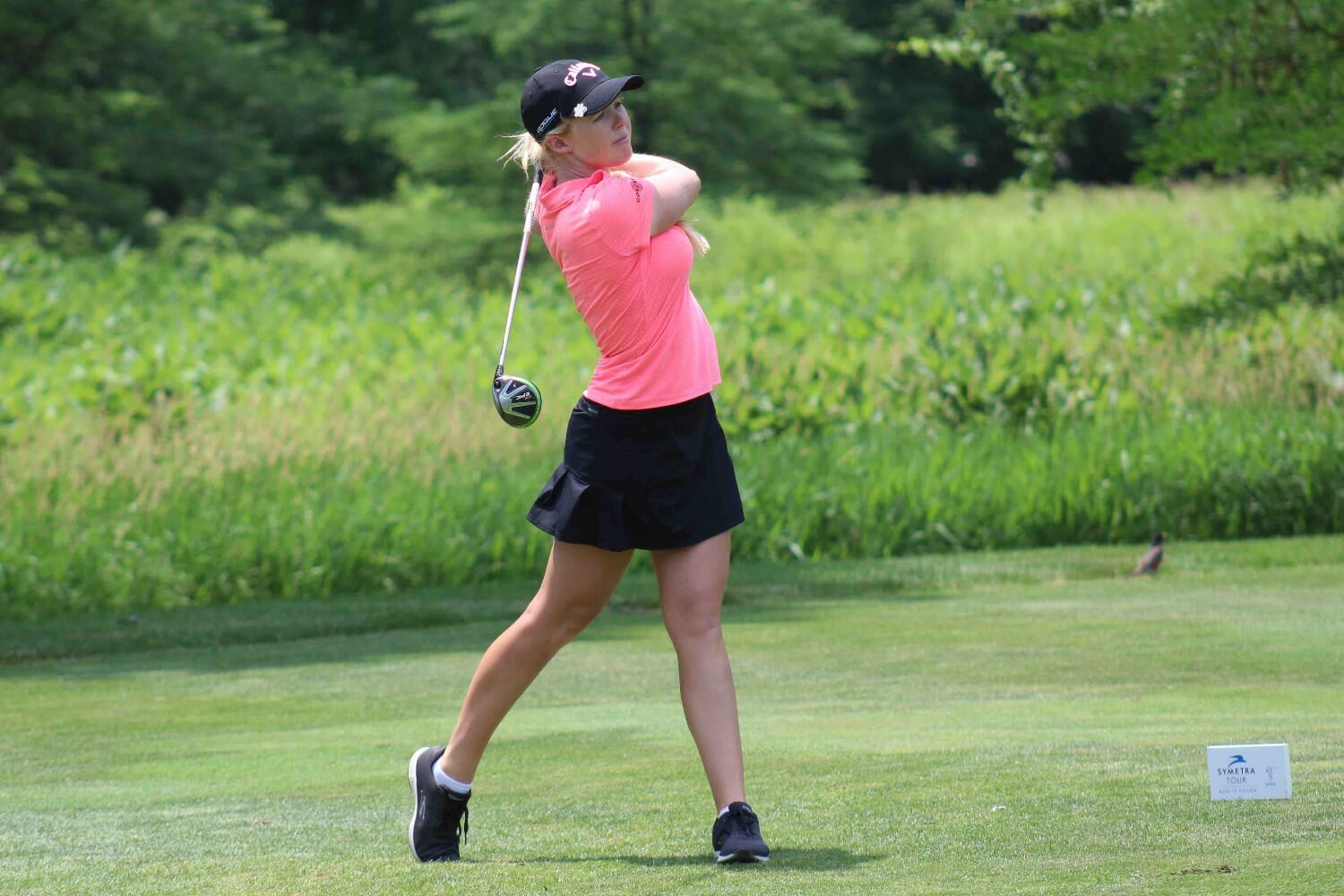 Stephanie Meadow really is showing some consistent form and is T23 at the Island Resort Championship at Sweetgrass Golf Club after the first round.

Meadow, who returned a two under par card consisting of two bogeys and four birdies, including a birdie on the 18th, to sit five shots off the leader, Esther Lee who carded an opening 65.

“I look at the scores, they’re pretty low, seems like a lot of girls are playing well,” said Lee. “It definitely feels great to be at the top of the leaderboard.”

Leona Maguire is also in the field this week but she didn’t have it all her own way on day one and carded a 76 which included three bogeys, a double bogey and one birdie, also at the final hole and she is well down the leaderboard in T128.

Supporting what the Symetra Tour rookie said, a total of 64 players are at 1-under par or better after day one. That includes 22 individuals within four shots of the lead.

Lee was obviously not for stopping on the opening day though and the former University of Colorado standout carded six birdies and one bogey on the afternoon, before concluding her first round with an eagle on the par-5 9th hole.

“This is a very strategic course and if you place your second shots well, you can give yourself a pretty good chance. Today I was able to do that and the putts just went in,” said Lee, who transferred to Colorado from Duke University after her freshman year. “The last couple weeks on Tour have been pretty good, so I’ve had good momentum going. At the start of every week, I feel good about my swing and where my game is at.”

“It has been a long time coming,” MacLaren said. “I’ve been trying to figure out what has been going on golf wise and sometimes you just have to let it click. I didn’t even feel like I played great today, managed to hole a few putts and cleaned up whenever I needed to.”

Out of the trio, it was MacLaren and Fernandez Cano who each signed bogey-free scorecards at the end of their round.