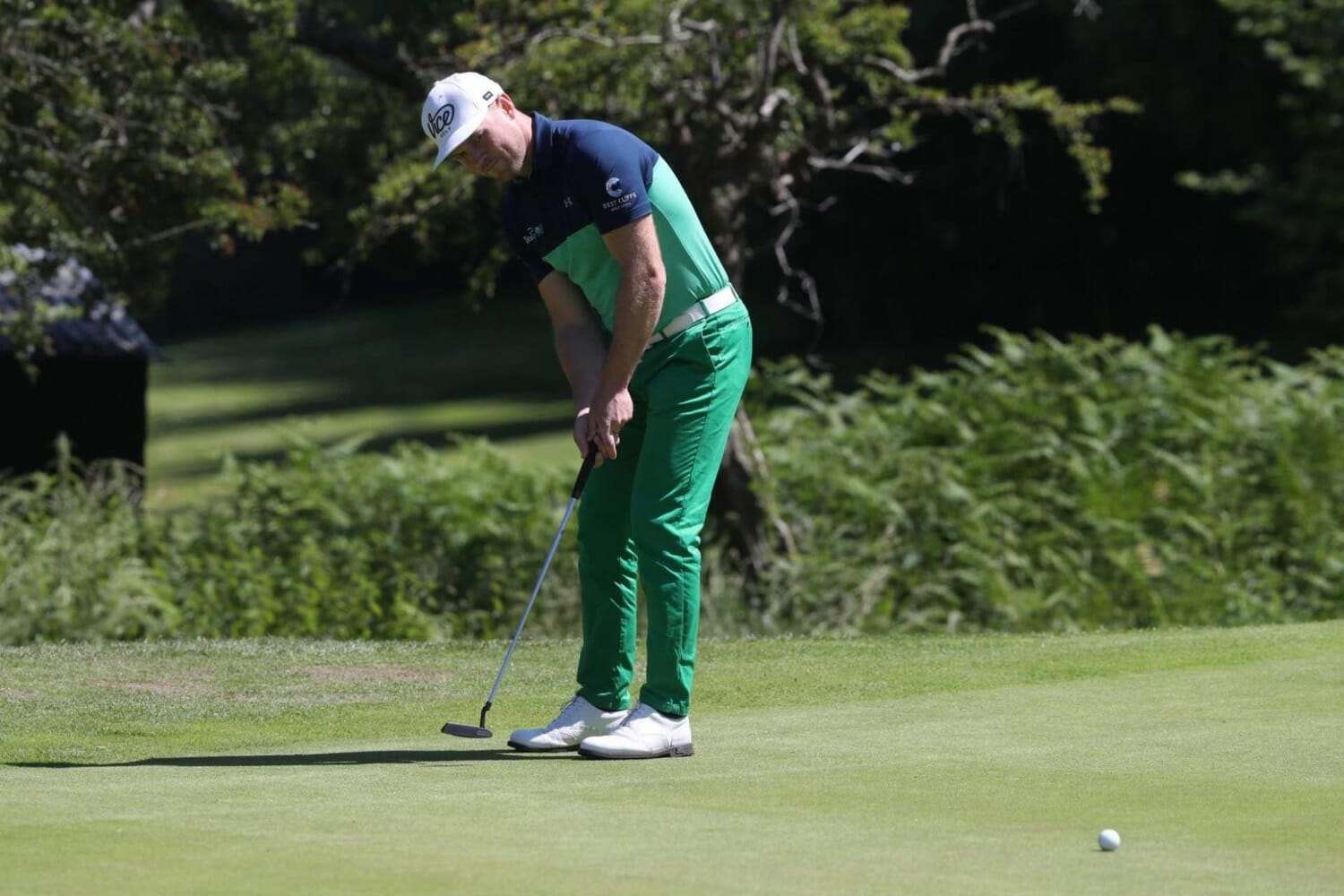 Brendan McCarroll had to endure playoff heartbreak as Mark Young got the better of the West Cliffs man in a one-hole playoff to win the HotelPlanner.com PGA EuroPro Tour’s Jessie May World Snooker Golf Championship at Clevedon Golf Club, Somerset.

Young (Longridge Golf Club) carded rounds of 67, 72 and 66 to force a playoff with McCarroll (West Cliffs Golf Links) on the west coast.

McCarroll looked to be bringing home his first EuroPro Tour title with three holes left to play, but a three-shot cushion soon evaporated in the Somerset sunshine with a double bogey on the 16th followed by a bogey on the 17th.

Young, who had put his clubs away for the day, returned to the 18th tee in a bid to win his first title of the season. The title was all but sealed after McCarroll found himself chipping short from the green-side bunker, leaving Young a tap in to win £10,000 and the coveted trophy.

Speaking on his maiden win, Young said: “I’m delighted with the win. It’s one that I feel is long overdue, I’ve been close a couple of times this year. I’ve not been in that situation since The Carrick a couple of years ago. It’s never nice to lose a playoff, I know what that is like so I’m over the moon to get it done.”

Young’s final round started off at a ferocious pace, finding himself six-under par through nine holes, and despite slowing up through the back nine he was confident in his game.

He said: “I knew I had to get off to a quick start which I did; my front nine put my name in the hat for the tournament. A couple of errant tee shots on the back nine cost me a few shots but when I saw my name up on the leaderboard I really didn’t expect it.”

Young in name and also in professional golfing experience, turning pro at 33 years old in 2014, Mark Young hasn’t taken the conventional route to professional golf. He said: “I played a bit of football in my twenties, but as I got older I got some backing from some members at my local golf club, hopefully now they see it is bearing some fruit. I’ve had some great sponsors over the years, and hopefully they will stick with me a few more.”

The win moves Young to the top of the Order of Merit, and over £1,000 clear of his nearest rival Chris Gane. McCarroll’s best finish this season moves him 17 spots up to seventh on the list and he collects a consolation prize of  £6,000 for his runner-up finish. With the way Brendan’s been playing, there’s no doubt he’ll find himself in a winning position again sooner rather than later, and I’d expect him to have learned so much from this disappointment to get it over the line next time around.

It was a mixed day for the rest of the Irish competitors but Niall Kearney’s hard work over the winter in Thailand looks to be paying off at just the right time.  The Royal Dublin man took advantage of some typically long hitting to eagle not one but two par-5s en route to a six-under-par 66, good enough for a minus eight total and a share of 11th place.

Team Ireland’s Brian Casey closed with a two-under-par 70 for a five under total and a tie for 15th spot. Stuart Grehan’s round was derailed by a triple-bogey seven at the 9th, the Tullamore rookie returning a one-over 73 for a tied 21st finish on three-under-par.

The news wasn’t so good for John Ross Galbraith after he endured a final round to forget having started the day in a tie for 4th. The Whitehead professional opened with two birdies at 1 and 2 before four double-bogeys wreaked havoc on his chances – the youngster eventually finishing in a tie for 42nd at even par.

That proved to be seven shots better than Waterford’s Kevin Phelan, however, as he signed off with a seven-over-par 79 to prop up the final day field after a similarly cruel finish.