Rafferty best of the Irish at Senior Italian Open 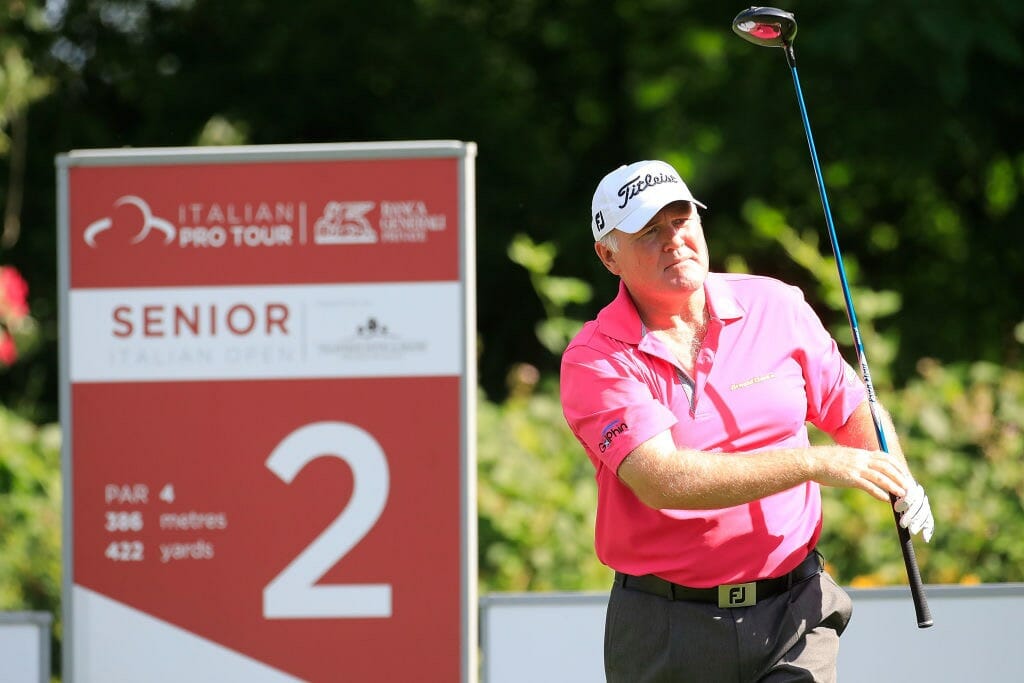 Ronan Rafferty is the best of the Irish heading into the final day at the Senior Italian Open where another day of soaring temperatures and baking heat is forecast.

Rafferty returned a second round of 69 to add to his opening 73, which leaves him eight shots off the lead held by Clark Dennis who is set to become the first two-time winner of the Senior Italian Open presented b­­­y Villaverde Resort.

In the defence of his first Staysure Tour title, the American shot a five under par round of 67 on the second day at the European Tour Destination venue to overtake overnight leaders Miguel Angel Martin and Rafael Gomez and move into pole position.

Ireland’s other representatives faded somewhat in the Italian heat on Saturday with Philip Walton shooting 75 and Brendan McGovern 77 to leave them well down the field.

Dennis’ back-to-back rounds of 67 hand him a one-shot advantage while Argentinian Gomez and two-time Staysure Tour winner Chris Williams share second after rounds of 69 and 67, respectively.

“Tomorrow I have to do the same things that I’ve been doing over the last two days. I can’t think about results, I’ve just got to go out and try and shoot as low a score as I can,” said Dennis. “There is going to be a lot of guys making birdies tomorrow and I can’t backup, I’ve got to be in attack mode and try and make as many birdies as possible.

“The birdies on 16 and 17 were nice. I didn’t hit a good iron shot on 18 but I was able to get up and down from a difficult spot, so lunch tasted sweeter with that finish.

“The course played very similar to yesterday. There isn’t much wind out there. The greens are soft, and you really have to be in attack mode this week because the course is very scorable.

“A win on Father’s Day would make it sweeter. My three boys are at home, my son is playing in the Texas State Amateur after he made the cut, so we’ll both be playing for something tomorrow.”

Two-shots behind Dennis is the 2016 Paris Legends Championship winner Magnus P Atlevi, who carded the round of the day with a bogey-free six under par round of 66, which include six birdies after the turn.

The Swede is one-shot ahead of last year’s runner-up Fowler and overnight co-leader Martin, who share fifth spot on seven under par.