Lowry critical of Shinnecock greens after an opening 75 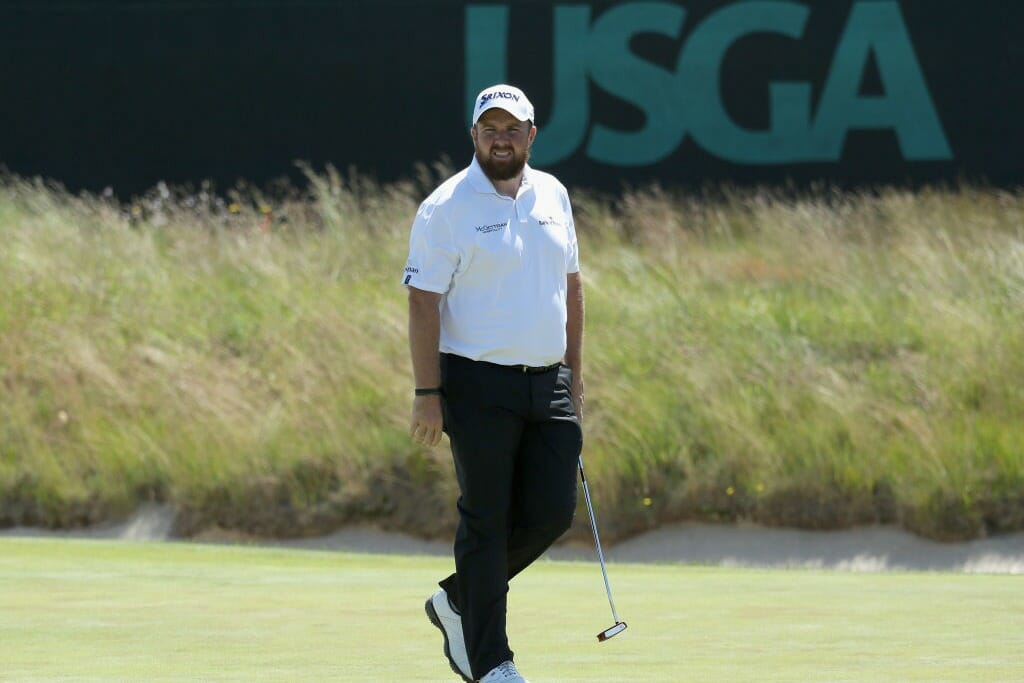 Shane Lowry declared the Shinnecock Hills greens to be the worst he’s putted on in some time after signing for a five-over par 75 on day one of the U.S. Open.

Lowry’s effort on a bright but very testing windy afternoon left him heading into round two of the year’s second Major sharing 46th with a host of others five shots behind the leading foursome.
Also at five-over was three of the best golfers from last year – Masters champion, Sergio Garcia, defending U.S. Open champ, Brooks Koepka and 2017 European No. 1 Tommy Fleetwood.

For the world’s best golfers there was nowhere to hide on the famed Hampton’s course as the likes of four-time Major winning Rory McIlroy will attest in shooting a horror 10-over par 80.
Lowry was out in the afternoon half of the draw and having watched TV coverage of the morning session, including McIlroy head to his equal-highest score in a Major, the Clara man knew he would be in for a tough afternoon.

His round included three, three-putts, the first came at his second, before a four-putt from less than six-feet at the 13th which prompted Lowry to voice his opinion of his round and the Shinnecock greens.
“I can’t play any better golf than that,” said Lowry after taking 35 putts.
“I put myself in the right position on most holes, and i was only in the rough a couple of times.
“I just struggled on the greens, I don’t know what anyone else thought of them but were probably the worse greens I’ve seen in a long time.

“There’s no point standing here making excuses, it is as it is and hopefully tomorrow they will be nice and fresh. That was it.
“I had a bit of a disaster on the greens, four-putt from six feet. I was proud of myself after 13 could have thrown in the towel, I hung in there and in the end happy to hole that on the last and shoot five-over.”

In the bigger picture Lowry is only six shots from the lead with 54-holes to play and he’s out early today (Friday) for his second round.
“I find it hard to see where you get anything back on this course,” Lowry said.
“I have to go out there and shoot par in the morning. Judging by forecast for the next few days, level par will win; could be over par that wins. It is just brutally tough.”
Former Pebble Beach U.S. Open winning Graeme McDowell faired no better than Lowry in taking 36 putts in his round of a nine-over par 79.
The effort was three less shots than his first round a year ago at Erin Hills but then one fewer also than G Mac’s shock 80 on day one of the 2016 U.S. Open at Oakmont.
Indeed, McDowell doubled his first, and the 10th hole of the course, and then found himself five-over par through just five holes after a hat-trick of bogeys from his third hole.
And McDowell was left totally bewildered with his effort from a greenside bunker at the second hole.

McDowell’s shot struck the flagstick and deflected straight back into the bunker where the Ulsterman was still standing leaving him nothing to do but laugh off the shot.
He eventually putted out for a double-bogey to drop to eight-over through 11 holes.
All up, McDowell managed just one birdie along with six bogeys and a pair of double bogeys.