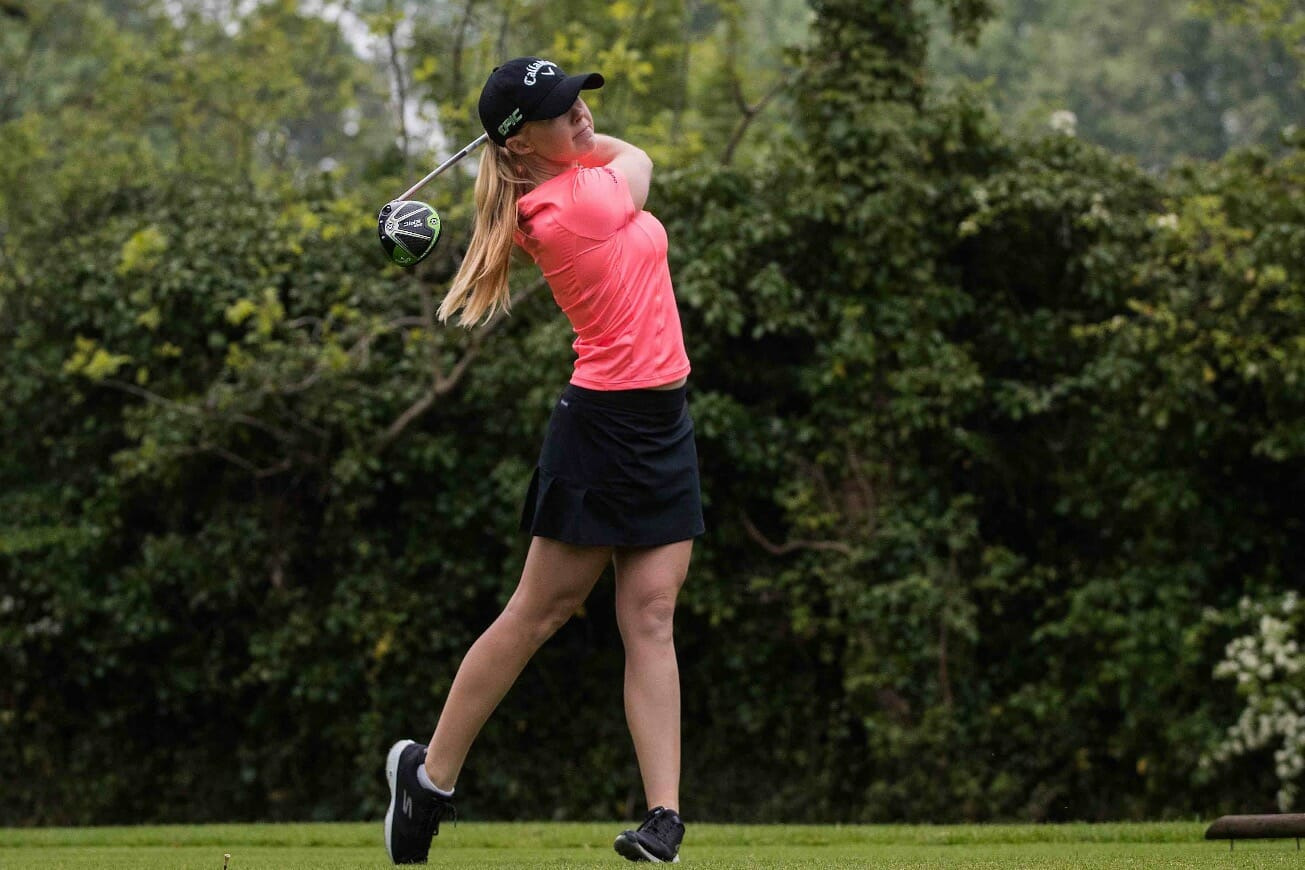 Stephanie Meadow carded her second successive four-under-par round of 68 to secure another top-5 at the Symetra Tour’s Four Winds Invitational in South Bend, Indiana.

The Jordanstown professional finished with a flourish in firing four birdies on a bogey-free card to grab a share of 4th place on nine-under-par.

The result consolidates her 5th position inside the coveted top-10 on the Volvik Race for the Card leaderboard as Meadow goes in search of a swift return to LPGA Tour company and she currently sits approximately $7000 ahead of her nearest challenger and only $4000 off second place.

In the end Meadow was just two shots shy of the eventual winner, Maia Schechter, at 11-under-par in Indiana. The American signed for six birdies in a flawless 66 to win her first ever Symetra Tour tournament in style.  “It has been a lot of hard work and it definitely hasn’t sunk in yet,” said Schechter, who signed a bogey-free card on Sunday. “It was really just sticking to the gameplan that I had created at the beginning of the week. I feel like the game has been getting really good and felt really solid early in the week. Just been hitting good shots and making some good putts.”

For Meadow, she can look forward to welcoming Leona Maguire to the Symetra Tour in the coming weeks. It’s been years since Meadow and Maguire graced a fairway together but speaking to IGM back in March, Stephanie had no doubt that Maguire would prove an instant hit on the paid circuit.

“I haven’t talked to her in ages,” she confessed. “It’s great but kinda scary too because I feel like she’s so much younger than me and now she’s coming out and turning pro too. I feel like I’m getting old but she’ll be great and very successful no doubt and I’m looking forward to linking up with her again.”

It will be a joy to watch two of our own try to make a name for themselves over the coming weeks stateside. Best of luck to you both.