Maguire moves to within four of the lead at ShopRite 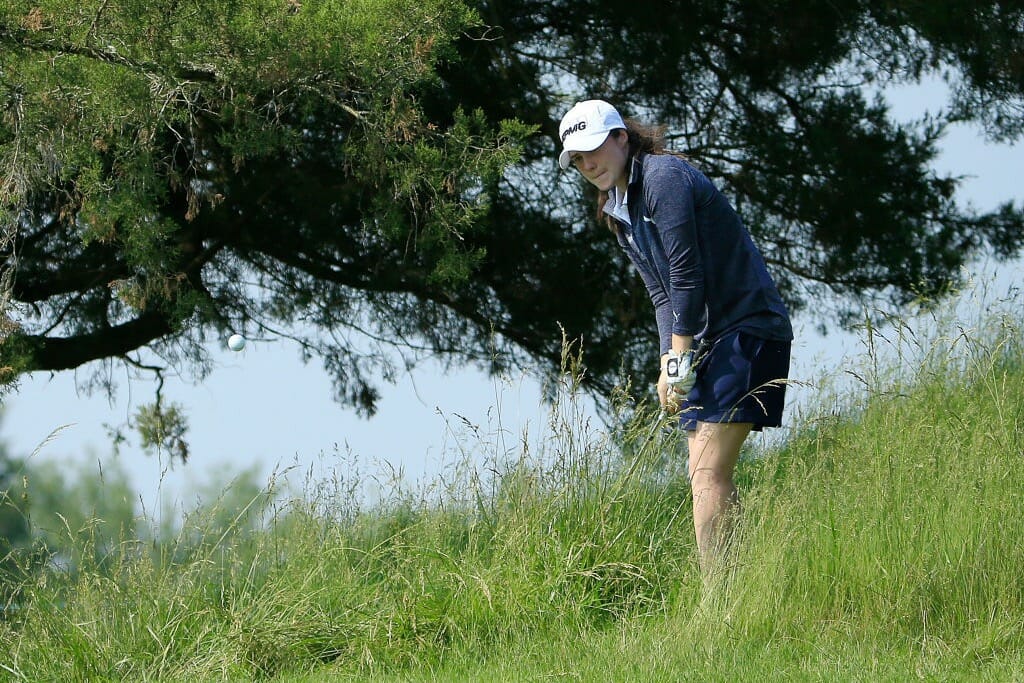 Not that the elder-stateswomen of the LPGA Tour needed any reminding of a particular debutant this week but Leona Maguire has certainly announced herself on the professional scene.

Maguire added a four-under-par 67 to her two-under round yesterday to move into serious contention and sit just four shots off the lead at the ShopRite Classic in New Jersey.

The former World Amateur Number One looks to have taken to the pro ranks like a duck to water and sits just outside the Top 10 in a six way tie for 11th spot on six-under-par,  just four shots back from Korean leader, Kim Sei-young with the Korean still left with 3 holes to complete after storm delays meant that not all players finished their second rounds.

Maguire was slow into her rhythm on day two but showed great bounce-back-ability at both the 3rd and 8th as she crossed off birdies at 2 and 7 with important momentum shifting gains. Her round then burst into life with an eagle three at the par-5 9th to reach the turn in 35 with some pep in her step.

The Cavan star added another gain on 10 and despite a dropped shot on 12, finished with the class and composure befitting of this level when picking up birdies at the short par-3 17th and the par-5 18th.

Debuts don’t come much more accomplished than this and even though there’s still a round to play, whatever happens, it’s safe to say that if you didn’t know it already, Leona Maguire has arrived on a stage she was born to play on.

There’s plenty of experience on the leaderboard and it’s all set for a nail-biting finale tomorrow but regardless of the result, it’s great to see the tri-colour on page one of an LPGA Tour leaderboard.

Long may it continue!