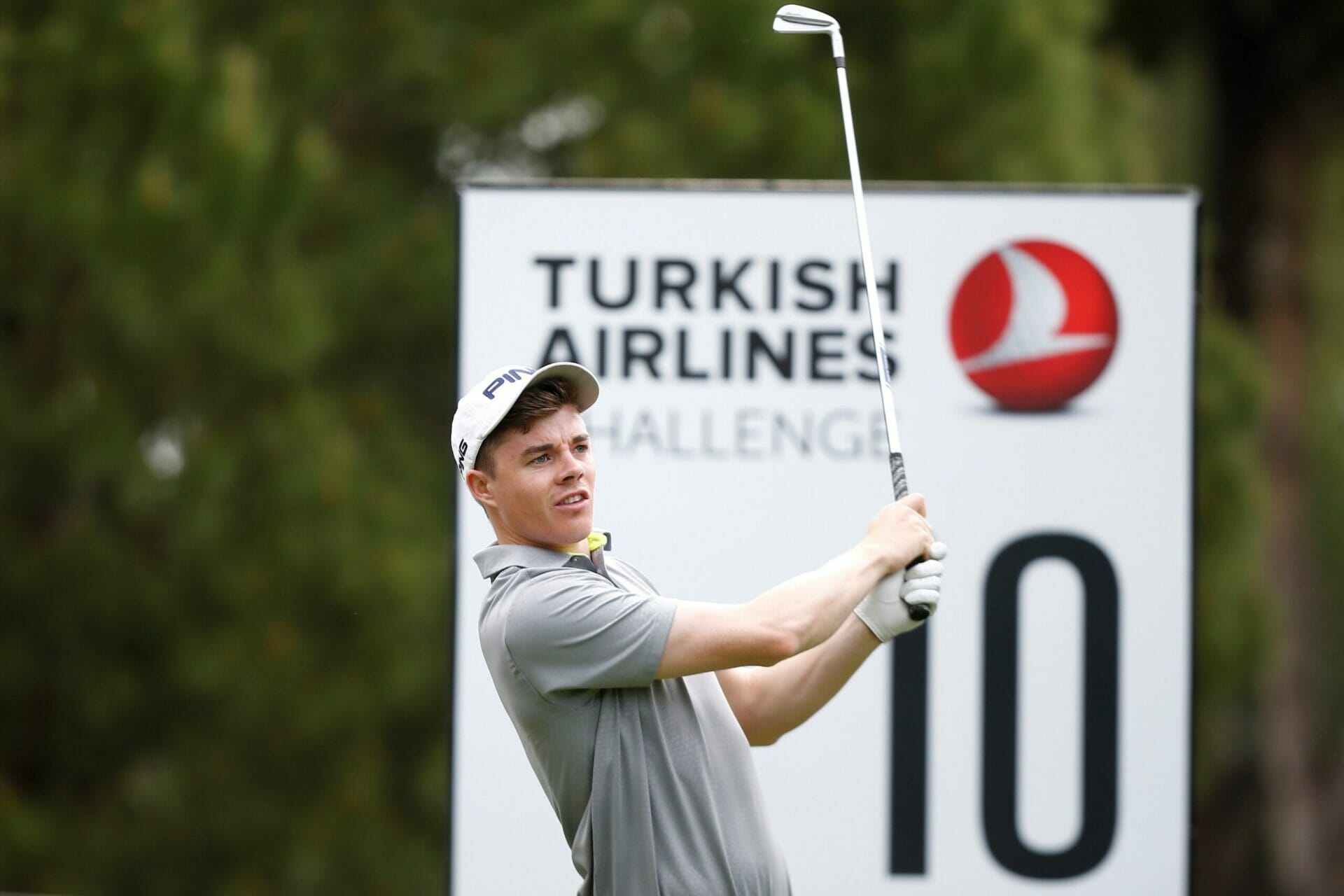 It failed to become the Sunday that both Cormac Sharvin and Stuart Grehan had hoped for as the pair each dropped six places down the leaderboard at the close of the KPMG Trophy in Belgium.

With the field unrelenting in picking apart the layout at L’Empereur Golf & Country Club, Sharvin and Grehan could only muster one-under-par 71s that got swallowed whole by some phenomenal scoring elsewhere.

For Sharvin, it was a real case of one step forwards, two back for the Ardglass man as all but one of his birdies were cancelled out by two bogeys and a double. He eventually finished in a tie for 23rd on an 11-under-par total, and despite a good week, his take-home cheque worth € 1,584 won’t feel like much reward.

Grehan finished one shot further adrift of Sharvin to pick up a cheque of his own worth €1,332. The Tullamore rookie struggled to find his groove this afternoon and three birdies will feel like scant return considering how well he’s been playing of late. Still, a tie for 32nd is never a bad week and something on which to build for the fledgling pro.

Pedro Figueiredo triumphed in a dramatic three-way play-off to lift the trophy and win his first European Challenge Tour title.

The Portuguese posted a seven-under-par final round 64 for a 22-under total, level with Sweden’s Anton Karlsson and Welshman Stuart Manley, and then made a superb birdie to win on the first extra hole with his competitors unable to convert birdie chances of their own.

Figueiredo began the day four shots behind leader and playing partner Manley but in a round of twists and turns, Karlsson held a four-shot advantage with four holes to play, before an inspired Figueiredo forced a play-off with two birdies in his last four holes.

The Portuguese was first to putt in the play-off and fired his effort into the back of the cup before seeing Karlsson and Manley slide their efforts past the target, leaving Figueiredo somewhat lost for words after claiming his first Challenge Tour win.

“I’ve had a few tough years starting as a pro and now to come back strong and be able to win on the Challenge Tour means a lot to me. I’m very thankful for it and it feels really good.

“It means a lot for my confidence. Knowing that I’m able to win here on the Challenge Tour because the level is great out here, it means a lot. I hope to build on that confidence and get a few more victories in the future.”

The 26-year-old had a birdie putt to win on the final hole which he couldn’t convert and he admits to feeling nervous, which he views as a good thing.

“I had a two-and-a-half to three metre putt to win, I really wanted to make that, but unfortunately it didn’t go in, but in the play-off I was able to hole a very good putt.

“I was nervous. I guess that’s normal but we practice to be nervous. It’s a good thing when we’re nervous because it means we’re playing well and that was the case.

“Anton was four ahead with four to play and on 15 he made a bogey and I made a birdie so after that I knew if I finished well I had a chance.

I birdied 17 and he, unfortunately for him, bogeyed it. Stuart made a good birdie on the last as well so it was a three-man play-off and I was able to finish on top.”

Figueiredo’s exceptional final round 64 was only bettered by Sweden’s Philip Eriksson, who set a new course record with an eight under par 63, which included seven birdies and an eagle.

The three play-off contenders were closely followed at the top of the leaderboard by Eriksson and German Alex Knappe, who both finished on 20-under-par, while Scotsman Ewen Ferguson was a shot further back after a closing 65.

The win in Belgium catapults Figueiredo into the coveted top 15 on the Road to Ras Al Khaimah. He’s now tenth with 39,532 points while runners up Karlsson and Manley are 20th and sixth, respectively.

The Hauts de France Golf Open is the next stop on the Challenge Tour’s International Schedule, taking place between June 14-17.