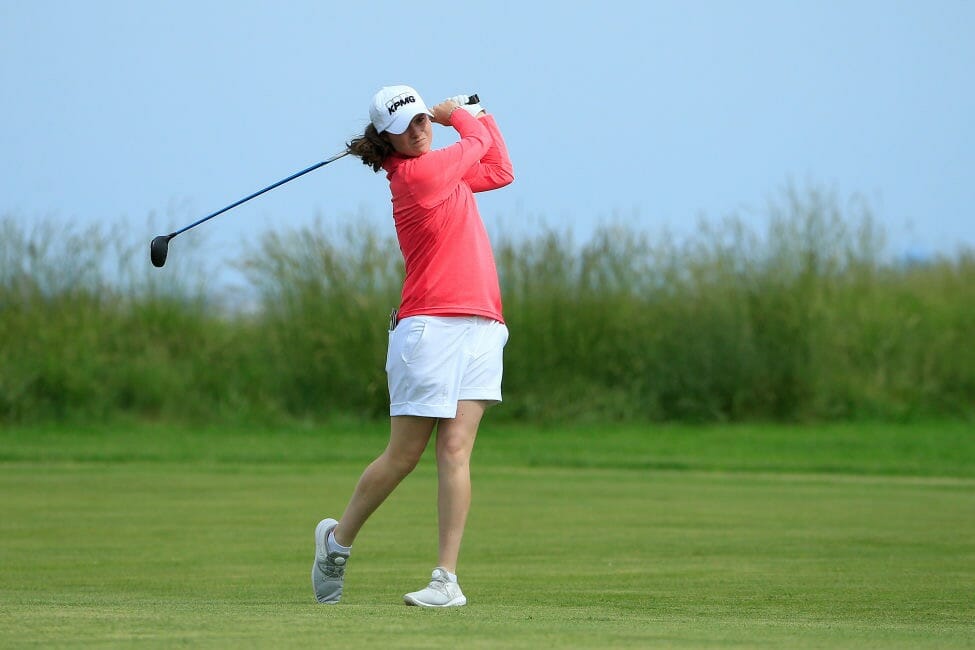 Leona Maguire made a seamless transition into paid company last night as she returned a two-under-par 70 on her LPGA Tour professional debut at the ShopRite Classic in New Jersey.

There would have been plenty of expectant spectators looking on as the former world amateur number one teed up in the elite field, and any lingering nerves that Leona herself might have had were soon dispelled as she birdied her opening hole, the 10th, to announce herself on the scene.

Maguire added another on 16 before dropping her only shot of the day at the par 5 18th to be out in 33. She added two pars after the turn before a birdie at the par-5 3rd got her back to minus two, and that’s where she remained, sharing 28th spot in the clubhouse after a brilliant opening effort.

Unfortunately for sister Lisa, also on debut, returned a 13-over-par 84 to share bottom spot with Sweden’s Camilla Lennarth.
At the other end of the table, Sweden’s Anna Nordqvist, France’s Celine Herbin and the United States’ Laura Diaz share the lead at 5-under par.

Nordqvist, who has won two of the last three editions of this event, has finished no worse than T13 in eight career starts on the Bay Course. Nordqvist holds at least a share of the first-round lead for the second year in a row at this tournament.

Diaz, who plays only part-time on the LPGA, is competing in her first event of the 2018 LPGA season. At 43 years old, the two-time LPGA champion holds at least a share of the lead following a round for the first time since the 2014 Marathon Classic.

Herbin is new to this position on the leaderboard – she holds at least a share of the overnight lead for the first time in her career. The 35-year-old from France tied her best career round with her 66 on Friday, a number she had posted only once in her career prior to this week.

Nine players are tied in fourth place one shot back of the lead.