McGee points the way on mixed day for Irish in Andalucia 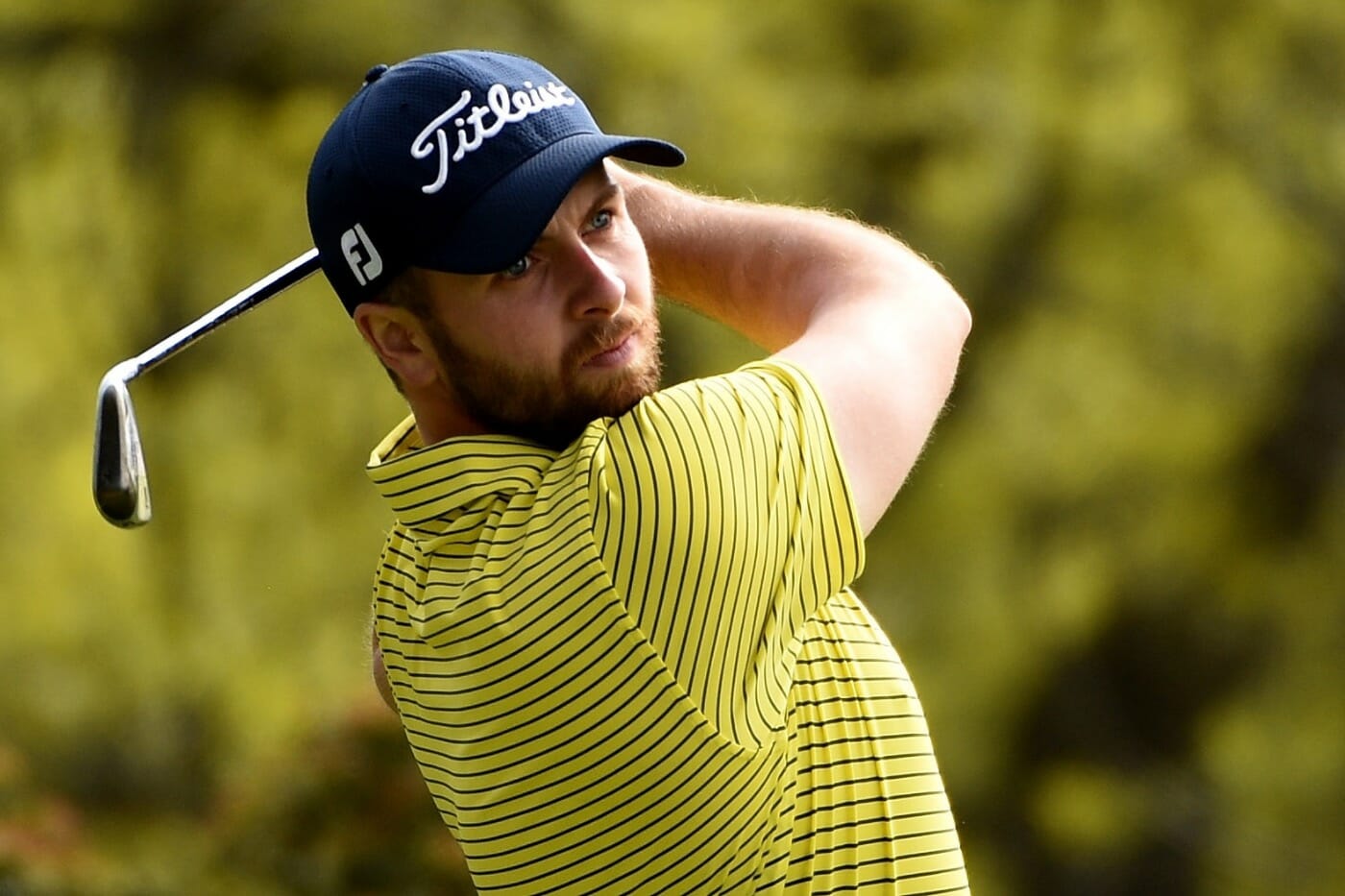 Ruaidhri McGee heads the Irish challenge after he fired a sizzling five-under-par 66 to sit just two shots off the lead in fourth place after day one of the Andalucia – Costa del Sol Match Play 9 in Spain.

McGee is looking to bounce back from his missed cut on a rare foray into European Tour company last week and seems odds on to do just that after a sublime opening effort. One round of strokeplay remains before the top-64 will battle it out in the match play format over the weekend, with the Rosapenna man in good shape just to do just that.

The highlight of his round undoubtedly came at the reachable par-4 fourth where McGee holed out for an eagle two, but four more birdies accompanied by just the two dropped shots has him sitting pretty in a tie for 5thspot in Malaga.

Dermot McElroy is in good shape to follow-up on his tie for 45th last week in Portugal after a three-under-par 68 today. The Ballymena professional returned a healthy five birdies along with two bogeys to occupy a share of 12th after a satisfying start.

Michael Hoey continued his fine form of late to sit just a shot further back after he got his tournament underway with a two under 69. It was a bit of a mixed bag in truth after his four birdies were cancelled out by four dropped shots, however an eagle at the par-5 first, his tenth hole, provided the welcomed difference.

Ardglass’ Cormac Sharvin also finished on two-under-par and he’ll be another one hoping to see it through to the weekend after missing out on the halfway cut in Portugal.

Gavin Moynihan will have work to do if he’s to make the match play rounds however, after his return to individual golf after his team triumph with Paul Dunne at the Sixes returned a fruitless opening day’s play. The Dubliner, who finished runner-up at this event last season, signed for a two-over-par 73, just one shot better off than Clandeboye’s Jonathan Caldwell and Whitehead’s John Ross Galbraith at plus three.

While having qualified for the event off the back of his top-5 finish atthe 56º Open de Portugal at Morgado Golf Resort last week, West Waterford’s Gary Hurley opened with a bitterly disappointing five-over-par 76, leaving himself with it all to do if he’s to make the weekend’s play.

Stuart Manley will take a one-shot lead into the final day of stroke play after carding a seven-under-par opening round of 64 in Spain.
The Welshman bagged nine birdies and two bogeys at the picturesque Valle Romano Golf, where impressive scoring was lighting up the course ahead of the weekend’s match play action – which will see the top-64 players compete in a series of nine-hole contests.

Manley carried his good form from last week’s 56˚ Open de Portugal @ Morgado Golf Resort where he led going into the final round.
Once again, the 39-year-old moved to the top of the leaderboard with an impressive display which featured five gains in six holes around the turn – as well as a fine 15-foot birdie on the last – which sees him move one clear of England’s Matt Ford and Austria’s Markus Habeler after 18 holes.

After a difficult winter with injury, Manley is thrilled to see his golf hitting form at the right time and is excited at the prospect of competing in a match play event over the weekend.

“I played pretty solid. I got off to a bit of a poor start with a bogey on my second hole but after that I stayed patient and made some good putts,” he said. “I had a good run around the turn where I made four birdies in a row and then finished quite strong as well, which was pleasing.”

“Hopefully I’ll qualify – fingers crossed – it should be good. I haven’t played much match play as a professional, so it’s quite exciting. I had a good match play record as an amateur but that was many moons ago, hopefully, this weekend will be quite good.”

“I had a bad winter because I was injured so I didn’t actually practise that much. I had a good practise at the end of February with my coach in Portugal and that got me ready for the start of the season. I was a little bit rusty in Kenya but since then I’ve played really nicely.”

Hot on Manley’s heels is Englishman Ford, who shot his lowest round since 2015, a six under par 65, and Austria’s Habeler who also signed for a 65 on his European Challenge Tour debut.

The 25-year-old won the Lignano Open on the Alps Tour in July 2017 and showed his craft and guile to card an impressive round of 65 to merit his invitation to the tournament.

“I’m very pleased. It’s my first Challenge Tour tournament – I got an invitation to play this week. I’m really happy with my performance and let’s see what happens tomorrow,” he said.

Elsewhere Spanish trio Emilio Cuartero Blanco, Ivan Cantero Gutierrez and Alfonso Gutierrez are part of a five-man group tied for fourth on five-under-par. The Spaniards are the leading players from their home country’s contingent alongside Frenchman Jérôme Lando Casanova and Rosapenna’s McGee.