It will be a landmark moment for Ireland’s national Open when it lands on the shores of County Clare for the first time in its 91-year history, building on the vision of the European Tour and title sponsors Dubai Duty Free to take the event to Ireland’s greatest links courses.

As a Rolex Series event, the 2019 Dubai Duty Free Irish Open will once again feature a minimum prize fund of $7 million and will attract a world-class field to Lahinch Golf Club, providing a huge boost to the local and national economy.

The tournament enters a new era next year when McGinley leads a rotation of Irish golfing legends – Major champions Darren Clarke, Padraig Harrington and Graeme McDowell – in the hosting role, taking over the mantle from Rory McIlroy. The four-time Major champion’s charity, the Rory Foundation, has successfully hosted the tournament since 2015.

The winning 2014 Ryder Cup Captain will host at a venue for which he holds a great affinity, having triumphed at Lahinch as an amateur when he claimed the South of Ireland Championship in 1991.

The Dubliner will be aided in his preparations for the 2019 event by his close friend and one of his Vice-Captains during The 2014 Ryder Cup at Gleneagles, Des Smyth, who was recently announced as Tournament Ambassador, a role which will see him help in the marketing and promotion of the event for the next four years as well as aid a successful transition between each of the hosts.

Ambitious fundraising targets will be set to support various projects throughout the island of Ireland including the host’s own Foundations, environmental issues, local and national charities, education and the development of both grassroots and elite junior golf programmes.

Keith Pelley, Chief Executive of the European Tour, said: “I am delighted to announce today that the 2019 Dubai Duty Free Irish Open will be played at Lahinch Golf Club, continuing our desire to take the tournament to Ireland’s great links.”

“We extend our grateful thanks to everyone at the golf club, the local authorities in County Clare and everyone in the south west of Ireland for coming together to make this happen. The tournament is one of the great and historic events on the European Tour, raised to a new level in recent times by the commitment of our title sponsor Dubai Duty Free and its Executive Vice Chairman and CEO Colm McLoughlin, alongside the support of our own Rory McIlroy in recent years.”

“Now the hosting baton has been handed over to Paul McGinley and it would be remiss of me not to mention the hard and meticulous work that he has personally put in throughout this selection process. We look forward to working with him, and everyone involved with the Dubai Duty Free Irish Open, in 2019.”

Colm McLoughlin, Executive Vice Chairman and CEO, Dubai Duty Free, said: “We are happy with the choice of Lahinch Golf Club as the venue for the 2019 edition of the Dubai Duty Free Irish Open.”

“Lahinch is a very well-known and popular links course with a 125-year history and has seen many of the greats play there including Phil Mickelson, Bubba Watson and Greg Norman as well as all the Irish golfers including Paul McGinley who will act as the tournament host next year.”

“In the meantime, we are looking forward to another great tournament this year at Ballyliffin and think that the players are going to enjoy this equally spectacular golf course in Donegal.”

Paul McGinley said: “Lahinch is one of Ireland’s truly iconic links golf courses and I am delighted to be taking the Dubai Duty Free Irish Open there. Embedded in the history of Irish amateur golf, as well as in the hearts of our many international visitors, it now deservedly gets the opportunity to showcase itself on the world stage.”

“We are very proud of our great links courses in Ireland and Lahinch has evolved to rank as one of the very best. It will challenge some of the game’s best players to produce skill, creativity and a mindset rarely tested in professional tournaments.”

“The club and the community have left no stone unturned in embracing the idea of hosting the tournament and I look forward to working with them over the next 14 months to put in place a tournament that will honour a great venue, town and people in what is a stunning part of the Irish southwestern coastline.” 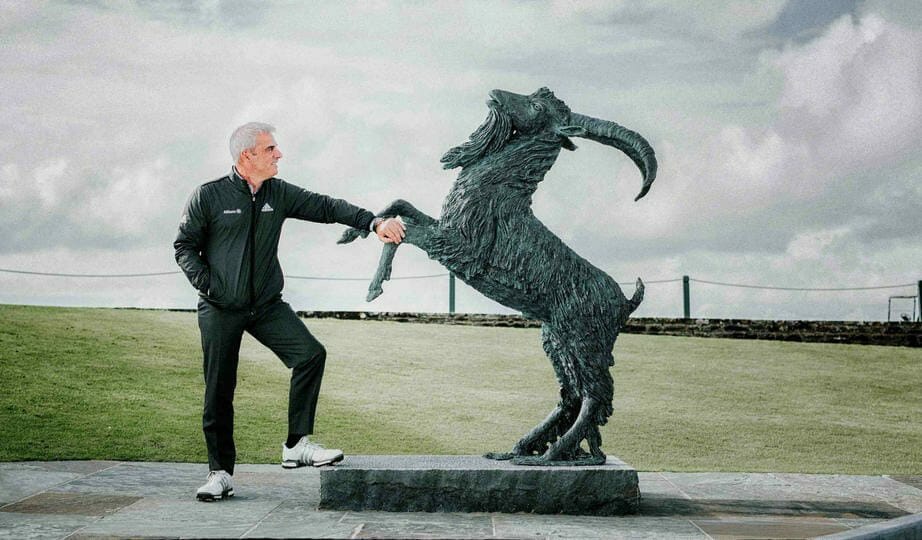 Kevin O’Keeffe, Captain of Lahinch Golf Club, said: “We are delighted to have the opportunity of hosting the 2019 Dubai Duty Free Irish Open at Lahinch and the involvement of Paul McGinley makes this a particularly special occasion for the Club.”

“It’s a significant honour for the Club and one which reflects the major financial investment which has been made in the golf course and associated facilities over the past 20 years. Today the course is ranked amongst the finest Links in world golf and we look forward to seeing some of the game’s best pit their skills against the course.”

Rose Doyle, Lady Captain of Lahinch Golf Club, said: “We look forward to hosting a truly world class event over our links. With The Open Championship being staged at Royal Portrush, 2019 will be a truly special year for golf in Ireland. Lahinch hosting the Dubai Duty Free Irish Open will undoubtedly add significantly to what will be a unique Irish ‘links swing’ as the eyes of the golfing world focus on Ireland in July 2019.”

Situated on the west coast of Ireland, Lahinch Golf Club celebrated its 125th year anniversary last year and the famous Old Course on which the 2019 Dubai Duty Free Irish Open will be played, regularly features in lists of the top golf courses in the world.

It is home to the South of Ireland Championship, an amateur golf tournament which began in 1895, and whose notable champions, aside from McGinley, include two other future hosts of the Dubai Duty Free Irish Open; Darren Clarke who won in 1989, and Graeme McDowell who triumphed in 2000.

Designed originally in 1894 by Old Tom Morris, the Old Course at Lahinch Golf Club was built on a stretch of huge sand dunes overlooking the Atlantic Ocean which provide a dramatic and picturesque landscape as well as a challenging but enjoyable test of golf.

In 1907, Charles ‘Mo’ Gibson of Royal North Devon Golf Club led a redevelopment before one of the finest architects of the 20th century, Alister MacKenzie – who designed Augusta National among many other – provided a new lay-out in 1926.

Some 74 years later in 2000, renowned British course architect Dr Martin Hawtree modernised the Old Course, while incorporating many of the touches which made MacKenzie’s design so special, to provide the layout which the stars of the European Tour will enjoy in 14 months’ time.