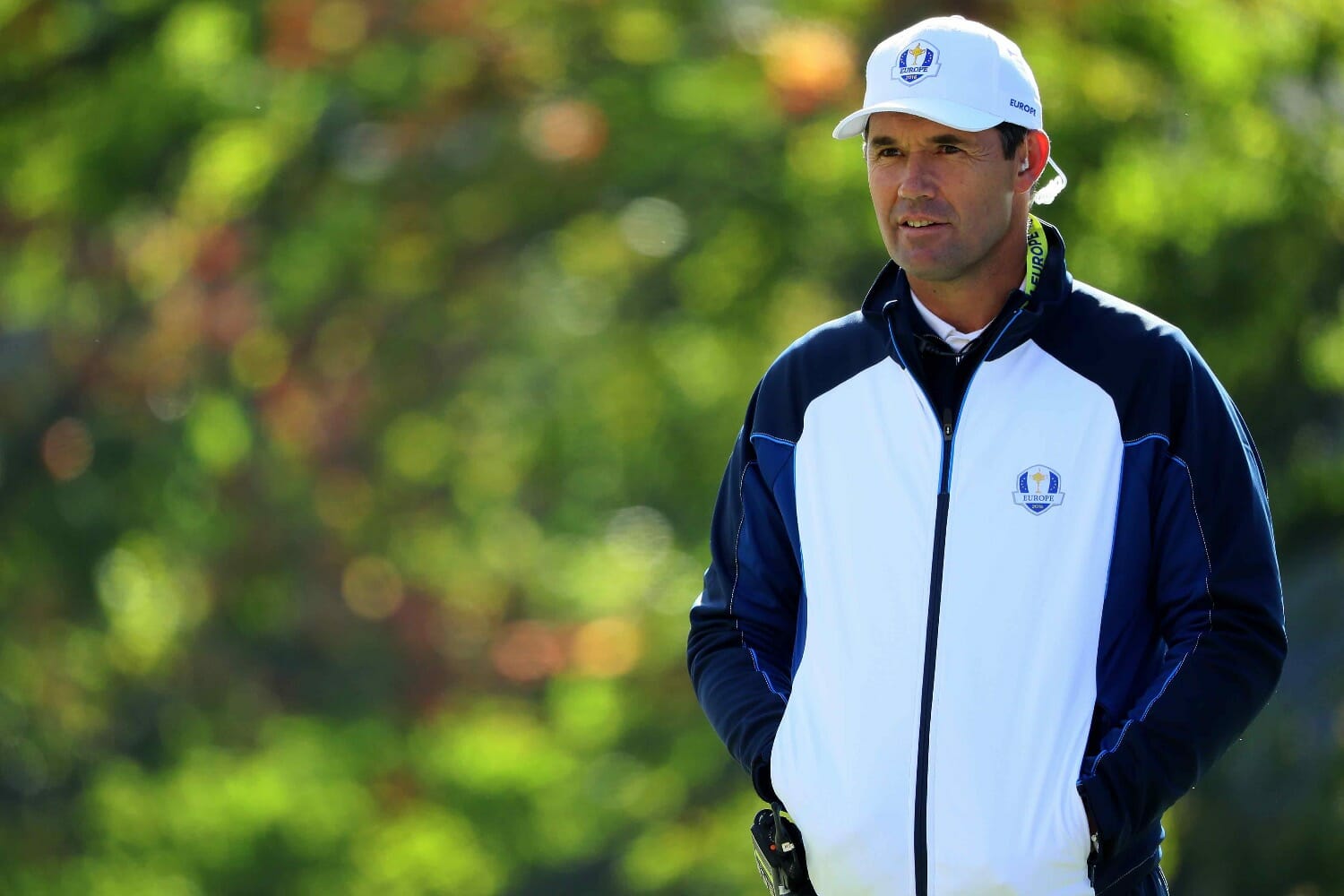 Padraig Harrington will take another step towards the 2022 Ryder Cup Team captaincy in surely being named early next week as another of Thomas Bjorn’s Versailles vice-captains.

Bjorn is hosting a Ryder Cup press conference on Tuesday at Wentworth where the Dane is sure to confirm Harrington as part of his French back-room team, nearly a year after Bjorn announced Swede Robert Karlsson as his first vice-captain.

The move will add to Harrington’s credentials in (hopefully) being eventually handed the European Captain’s role for Rome in four years.

Harrington revealed he’s been regular contact with Bjorn and it’s not difficult to put two-and-two together that the Dubliner will be handed what will be his third European Team vice-captaincy.

“So, we’ve been in discussion and whether that leads to … well, it remains to be seen. But certainly, we have been chatting away.”

Harrington, who played in six Ryder Cup’s, was a vice-captain under Paul McGinley in 2014 and then two years ago under Darren Clarke.

And while the now 46-year old seems a lay down misère for the leading Rome role, Harrington believes it’s important he continue gathering notes in Versailles and then at Whistling Straits before taking the full captaincy in 2022.

“Of the Ryder Cups I have been involved with, especially when I have been a vice-captain, I’ve taken notes and I’ve written down what I felt was good or bad,” he said.

“McGinley did not have to reinvent the wheel and he brought a huge amount of statistics into the team room.  I was behind the scenes and he called so many things that happened that week and got them all right.  It was very impressive.”

“Then I saw first-hand how Darren Clarke handled the role and he took the same approach and it didn’t happen with Darren and it’s just amazing the difference between success and failure.”

“If you win at the Ryder Cup, the winning captain is a hero regardless of the job he does whereas a losing captain everybody then picks out what went wrong and what the captain did wrong. So, what sort of captain would I be?  I have written down my notes and hopefully I will be a mixture of them all”.

Harrington has returned to the States to tee-up in today’s starting 50th anniversary AT & T Byron Nelson Classic in Dallas, Texas.

Joining Harrington in the $8.9m event is Seamus Power.