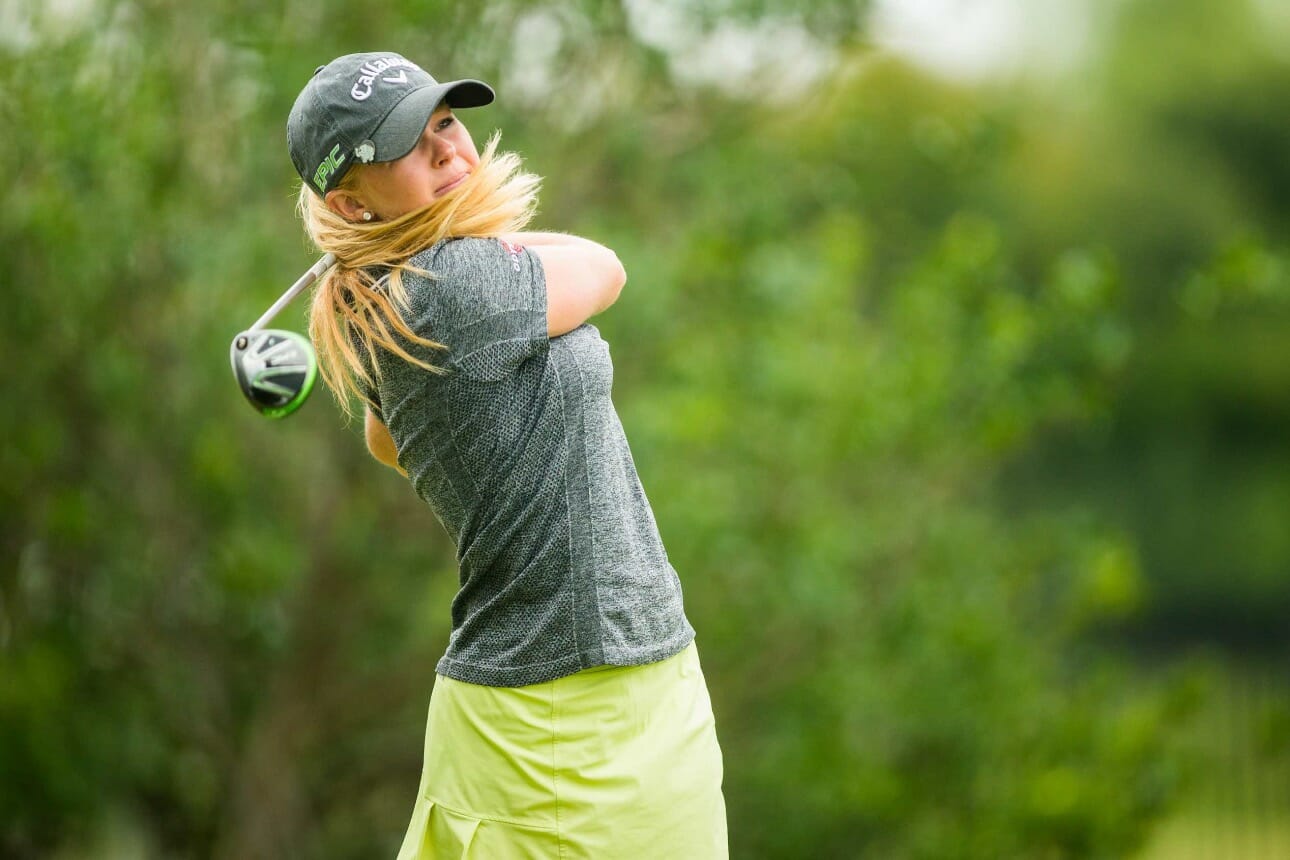 Ireland’s Stephanie Meadow returned a final round of 70 in the Self Regional Healthcare Foundation Women’s Health Classic to finish in a tie for 26th.

Meadow, who had carded rounds of 73, 71 and 74 earlier in the week, shot her best round of the tournament on Sunday (-2) but it wasn’t enough to move her up the leaderboard in the $200,000 event and she finished on even par, nine shots behind the eventual winner Vicky Hurst.

A final round 5-under par 67 propelled 11th year professional Vicky Hurst (Melbourne, Florida) to victory at The Links at Stoney Point and she was understandably delighted. “This one feels very special. It’s Mother’s Day and my mom was caddying for me,” said Hurst, who carded four birdies, an eagle and a bogey today. “It was great to come out with a win with her on the I played really solid all week and I was really proud of myself staying with a steady game.”

At 9-under par overall, the victory now gives Hurst eight career Symetra Tour wins, the most in Tour history. In addition, she becomes the first American to win this event in its five-year tenure.

“That sounds pretty good, I didn’t know that,” said Hurst, who captured her first Symetra Tour win at the 2008 Jalapeño Golf Classic. “Hopefully I can keep that up and continue to do that on the LPGA Tour.”

“We’re looking for this moment for a long time,” said Koko. “I’m glad that she’s coming back from wrist injury and finally there’s no pain. Slowly she’s gaining confidence. She be where she belong. I just look at her as my daughter and want her to do well.”

Entering the day, Hurst was tied for the lead at 4-under par overall with Dottie Ardina (Laguna, Philippines) and Jenny Haglund(Karlstad, Sweden). The two comprised the final pairing, with Hurst in the penultimate group.

Haglund was consistent the entire round, using three birdies and one bogey to shoot 2-under par 70 and finish tied for third with three others at 6-under par. As for Ardina, she approached No. 18 green having reached the par-5 in two, needing to make the putt for eagle.

“My caddy told me after I hit my second shot,” said Ardina, who went 4-under par today to finish in solo second at 8-under. “He didn’t tell me that before my second shot which is good, or I would have hit it somewhere else. I gave myself a good chance. Vicky really did good today.”

The win earns Hurst a winner’s share of $30,000 and launches her into the No. 1 position in the Volvik Race for the Card, with $34,007 made in two Symetra Tour starts this season. Meanwhile, a total of 10 players finished at 4-under par overall or better and they represented seven different countries.