Golf’s a beach says McIlroy ahead of Players Championship 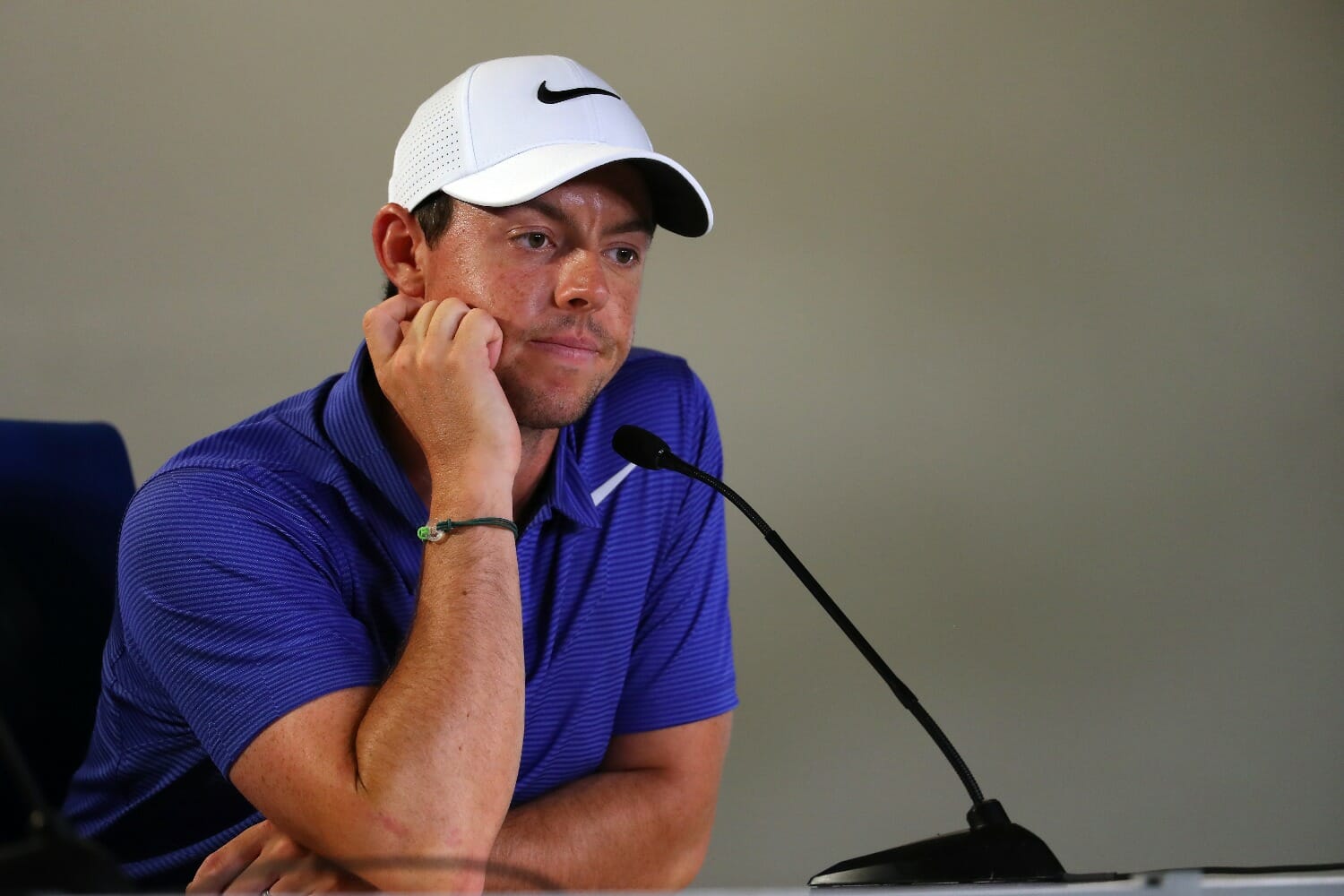 McIlroy is teeing-up on the Pete Dye designed TPC Sawgrass for a ninth occasion in 10-years but it has only been the past five years he’s been able to snare four top-10s.

And McIlroy reckons that has much to do with a decision to stay off course and in one of the many hotels located on the nearby Ponte Vedre Atlantic Ocean beach front.

“It’s funny, as I started staying on the beach a few years ago and that’s made this event more enjoyable,” he said.

“It is more enjoyable as I have pretty much stayed here on property in that (Sawgrass Marriott) hotel but then I started feeling I could not get away from it as it was always busy with a lot of people about. So, to go stay at the beach it’s a nice sort of release from everything that is going on around the event”.

McIlroy’s response led to the current World No. 8 being quizzed as to what he does when on the beach – surfing, building sand castles or admiring the sunrise?

“No, I go for walks or even just sit on the balcony and look out and sort of get away from it a little bit,” he said.

“It’s just very relaxing and it’s such a nice beach here, it’s so much better than the beach we have back in Jupiter. It’s like it’s big and flat and you can run on it, you can walk on it, and it doesn’t really pull the legs out of you like it does back down a little bit south of here. But, yeah, it’s just a nice, relaxed environment.”

“I feel like a lot of players and sponsors and all sorts of people stay right onsite here and sometimes it can get a little bit too much and a bit busy, and you’re trying to make your way through the lobby so quickly and sort of keep your head down so you don’t make eye contact with anyone, and it’s a little bit different over on the beach.”

McIlroy made his Players debut in 2009 but with rounds of 74 and 77 he easily missed the cut and then for two of the next three years namely 2010 and 2012 he also missed the cut.

Last year, McIlroy was struggling with a reoccurring rib injury and posted a final round 75 to fall away into a tie for 35th.

“I’ve learned to like the golf course, and I’ve had to do that a lot with Pete Dye courses,” he said. “The first time you get on some Pete Dye courses they’re very strange, they set you up at wrong angles and visually they’re just a little bit not what you want to see, but you learn to deal with it and play the way he wants you to play.”

“I was a little stubborn the first few years I came here and was trying to sort of break away from that, but, yeah, you just have to play this golf course a certain way and be a little bit better than everyone else with your irons and your wedges, and that’s usually a good combination around here”.