McIlroy gets back to business at Wells Fargo 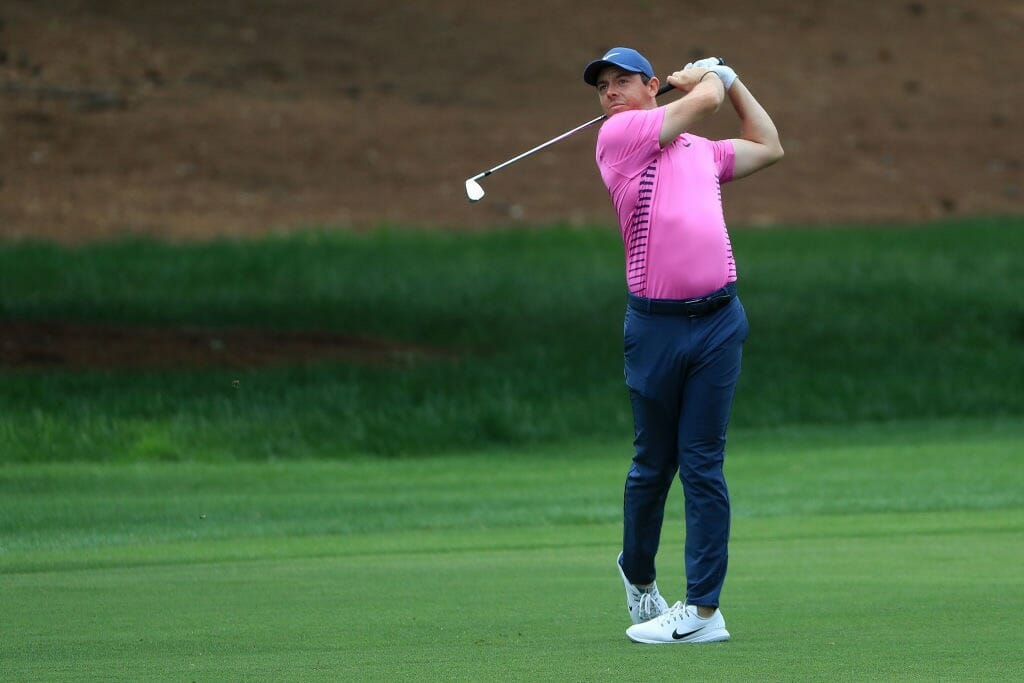 It was a case of ‘back to business’ as we have to come to expect from Rory McIlroy in posting a round of 66 on day three  of the Wells Fargo Championship.

A day after shooting a shock equal highest tournament round of 76, McIlroy grabbed seven birdies including four in succession from the 14th to improve his standing by 32 places and move into a share of 16th with a round  to play in the $7.2m event.

Australian Jason Day seized a two shot lead with a second straight 67 to move to 10-under par, two clear of American Nick Watney (66) on the Quail Hollow course in suburban Charlotte.

McIlroy did bogey the last but was more than happy to speak about the fickle nature of the club-and-ball game.

“I just played a bit better, putting the ball in play, putted better as well,”  he said. “I still don’t feel all that comfortable with my game, to be honest. Sort of working on a few things. But yeah, it was a good round and it gives me half a chance going into Sunday.”

“So trying to piece it together.  I can do a little bit of practice and hold it together Sunday and then try and make some improvements before next week.”

And with a round to play in an event he’s won twice in his career, McIlroy’s looking to pack another low round into his bag before heading south on the I-95 to Jacksonville Florida and Thursday’s starting Players Championship.

“You go through situations like this in golf where you have bad days like Friday, you have better days like today, and it’s all about managing your game,” he said.

“You’re not going to be on every week and just making those little improvements. You need to be an eternal optimist in golf and keep looking ahead and looking forward to the next week. Hopefully you learn something and you move on, you can put it into practice the next day. And that’s sort of the way I’ve treated today and how I’ll treat tomorrow going into next week.”

Fellow Ulsterman Graeme McDowell birdied three holes in succession from the 14th but for a second day running undid his good work in taking a double-bogey, this time on the uphill par-4 18th where he found the small stream left of the fairway with his drive.

West Waterford’s Seamus Power produced his lowest Wells Fargo round in a three-under par 68 to get back to even par while Shane Lowry remained at two-over in shooting a third round 71.