Harrington says 2026 Ryder Cup captaincy is too late for him 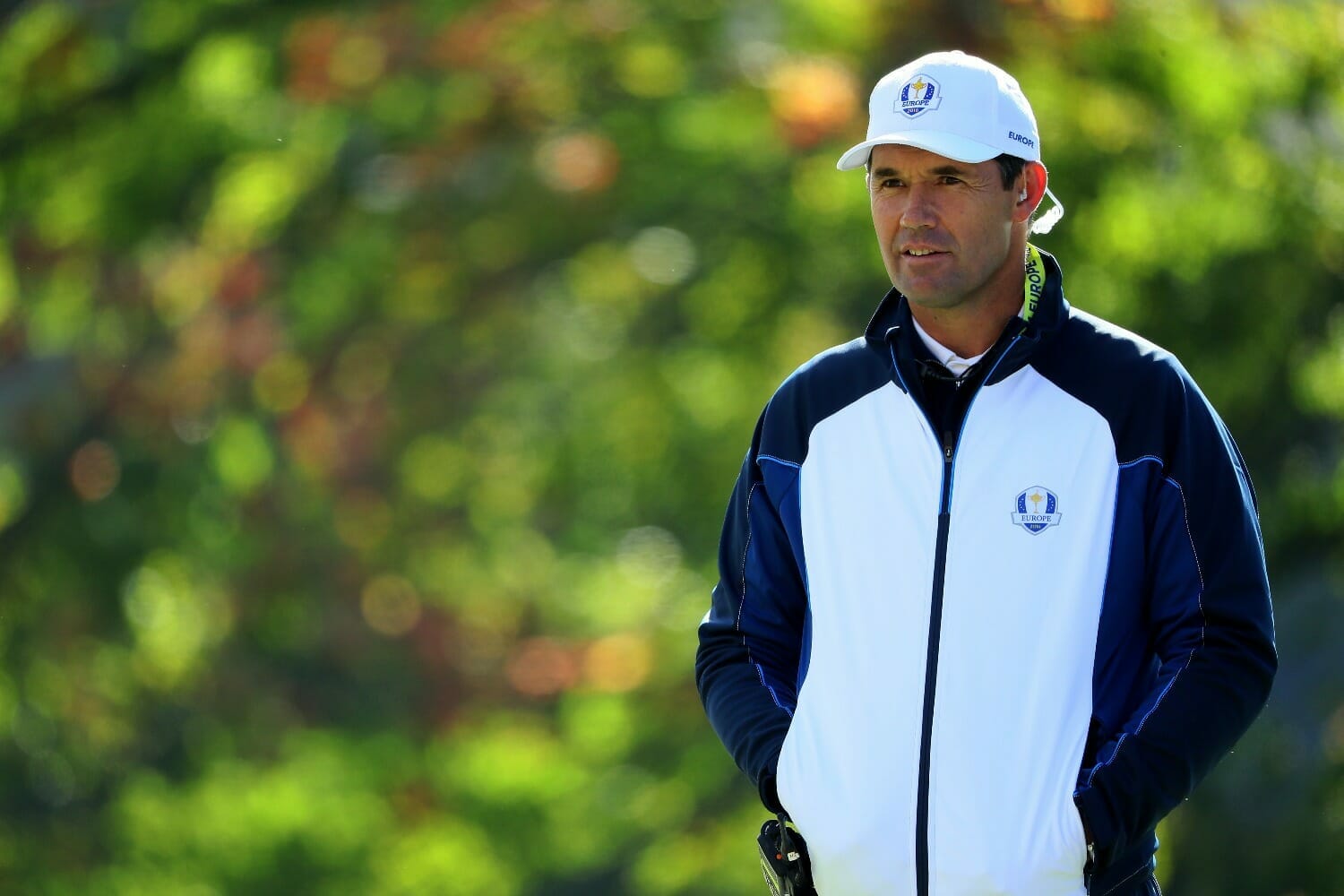 Padraig Harrington has declared his interest in becoming 2020 European Ryder Cup Captain, declaring that waiting until 2026 if Adare Manor gets the nod as host venue would be too risky.

Harrington, 46, has competed in six European Ryder Cup teams while he’s been a vice-captain under fellow Irishmen, Paul McGinley, in 2014 and two years later at Hazeltine under Darren Clarke.

He is strongly expected to be named later next month by current European Team captain, Thomas Bjorn as one of his five Versailles vice-captains too.

Harrington was home last week joining Rory McIlroy, Shane Lowry and McGinley at the re-opening of the Adare Manor course, with the venue being tipped to host the 2026 Ryder Cup while Harrington’s being mooted as a potential captain on Irish soil.

However, Harrington would be 55 in late 2026 and the Dubliner believes it would be too ‘risky’ an appointment as he would have spent many years away from the main European Tour at that stage.

“I would love to be a Ryder Cup Captain down the road”, acknowledged Harrington. “I see my game at the moment that putting my name in the ring to be Ryder Cup Captain is coming sooner rather than later as it does not look like I will be playing my way into this year’s team.

“But in regards to 2026, it’s too late for me to wait. It would be too much of a risk. I would be somewhat out-of-touch with players by then and there would be a lot of good players coming on the scene by 2026. There are good players who are playing now who will be looking for the captaincy in 2026.

“It would mean creating a risk that I might not get the job.

“So, I don’t think I will be waiting around for 2026, as much as I would love to be the captain in Ireland, but I think the risk would far outweigh the reward of waiting.

“I think it’s better for me to pitch for the captaincy or put my name in the ring before 2026 to reduce the fact that there are a lot of good players following who will be looking for the Ryder Cup captaincy in 2026 and in eight years’ time.”

The 2020 Ryder Cup to be staged at Whistling Straits in Wisconsin and it would mean Harrington up against the likes of England’s Lee Westwood and Scotland’s Paul Lawrie as Europe’s potential captain.