Tom Watson claims a Masters Par 3 Contest for the ages 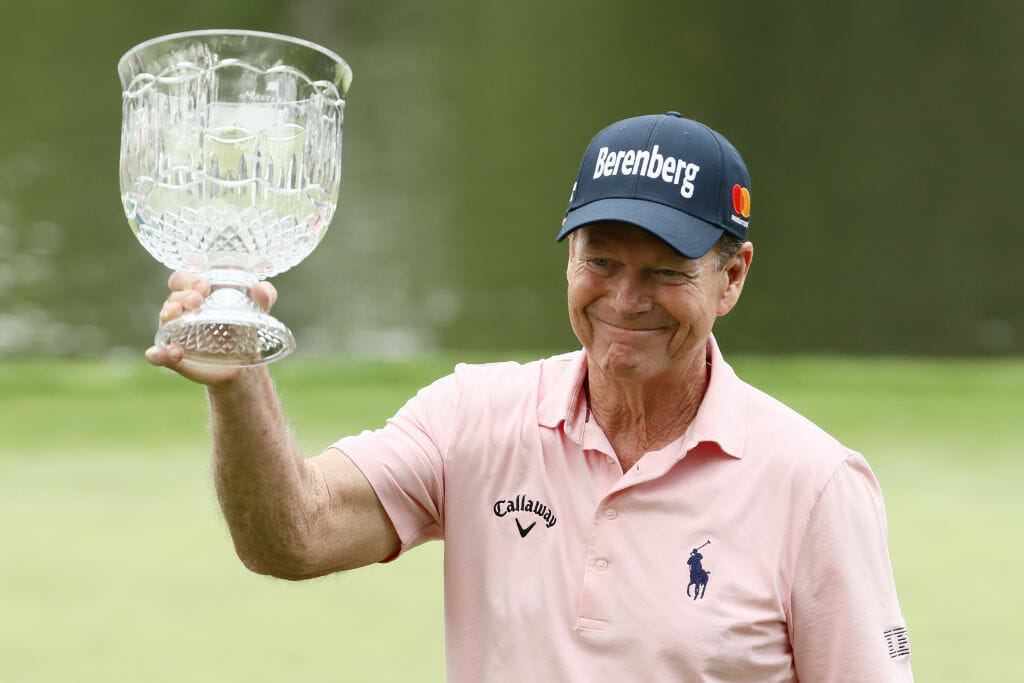 Tom Watson just loves to create history. He may have come up just short in 2009 in his bid to win the Open Championship at 59 , but he did pull off a remarkable feat on last night in winning the Masters Par 3 Contest at 68 years of age.

Playing alongside Gary Player and Jack Nicklaus, who carded his own four-under total to tie for third, Watson made six birdies in nine holes to edge Tommy Fleetwood by a stroke and become the oldest player by six years to win the event (sixty-two-year-old Sam Snead won the event in 1974).

And no one was more impressed with his play than six-time Masters champion Jack Nicklaus, who lauded his longtime rival after the round for needing only eight putts over the entire nine holes.

“The only two-putt green he had was the last one,” Nicklaus said. “And he had a total of eight putts for the whole nine. That’s pretty good.”
All in all, it was a wonderful jaunt down memory lane that had the patrons lining the layout cheering constantly. The three legends of the game who have won 11 Green Jackets between them set the Par 3 course alight as they all finished under par and in the top 10.

Good as those moments were, the first Masters roar of the week that rose through the Augusta National pines was for the hole-in-one that Jack’s caddie, grandson Gary “G.T.” Nicklaus Jr., carded on the final hole.
The 15 year-old landed a crisp wedge to the heart of the final green and then watched as the ball spun slowly back to the cup and then dropped in for an ace.

When asked where that moment stood in all his years at Augusta, Nicklaus who was clearly choked up with emotion said “Watching your grandson do something like that, it’s really special,” he said, “I got a few tears.”

“We talked about three days ago, and I said, ‘Do you want to hit the ball on 9?’ And he said, ‘Sure.’ I said, ‘Well I think you’re going to make a hole‑in‑one.’ That’s what I told him three days ago. It’s his first hole-in-one, and it’s pretty special.”

If the scenes of the Par 3 contest are anything to go by, we are all set for an epic Masters week.