Power & Dunne continue where they left off last week 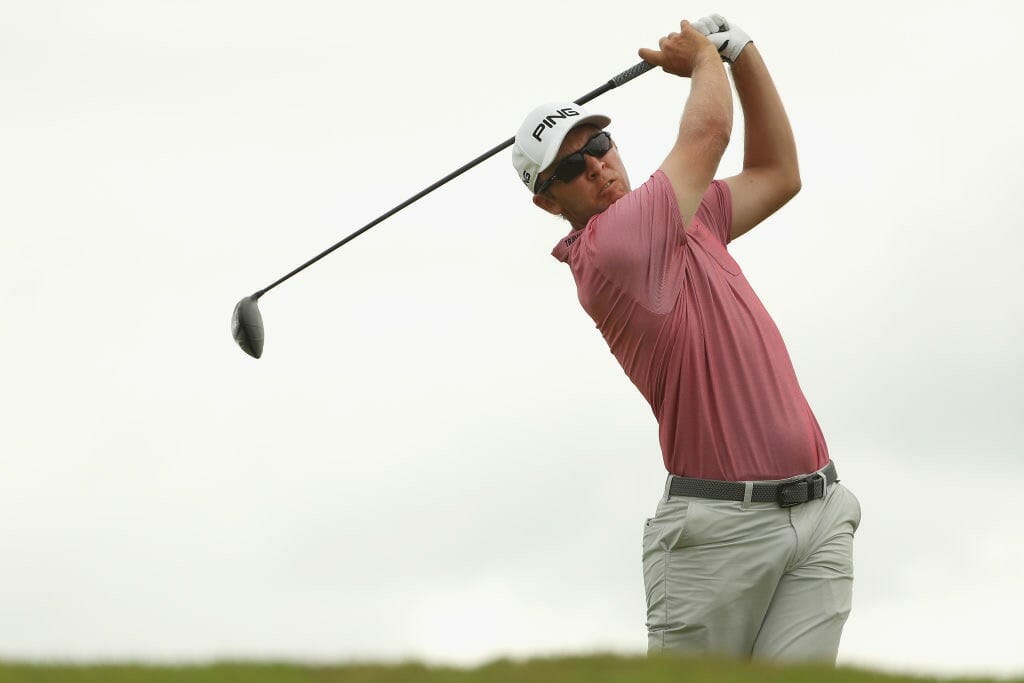 For a second week running, Seamus Power and Paul Dunne have put their names high on a PGA Tour leader board and on day one of the rain-affected Houston Open.

Power ended his inaugural Houston Open round in brilliant manner with a birdie on each of his closing three holes, the best of which was when he holed a 27-footer at the last in his score of a five-under par 67.

Dunne was out very late on the day and was alwzys not going to finish his round after there had been a two-hour delay to the start of play in the $7m event due to heavy overnight rain.

But in the time Dunne was on the Golf Club of Houston course, also like Power for the first time, the Greystones golfer made the most of his opportunities in moving to six-under with still four holes of his first round to complete.  He tees-off at 7.20am local time Friday.

Dunne had capped his own round in holing  a 10-footer for an eagle ‘3’ at the par-5 eighth hole and then birdied the 12th and 13trh holes to move to six-under. The Greystones golfer had parred the 14th when poor light halted play just after 7.30pm local time.

Power, who finished a PGA Tour career-high of fifth last week alongside Dunne in the Dominican Republic, finds himself tied with his 2016 Rio Olympic Games team-mate in Padraig Harrington. While Power produced his lowest opening score in 12 events this 2017/18 season, Harrington toasted his mother’s birthday with a first sub-70 round all year and also after missing the cut in five of his six events in 2018.

“I didn’t get a whole lot going on the back nine and while I hit a lot of decent shots, I didn’t get that many close,” said Power.

“It wasn’t ’till the end of my round finishing 2, 4, 2 that was nice but then I missed like an eight-footer for a ‘2’ on the 16th, my seventh hole, and to have had four 2s on my card would have been really nice.”

“At the last, my two playing partners were on the same side of the hole so I got a good read from their putts and took full advantage. The thing is my game has been good the last couple of weeks.  Last week’s result was really nice and you get a bit of confidence in being in contention as I was last week in the Corales Championship and that’s nice, so much so I came here to Houston for a first time with a lot of confidence and it was nice to contnue that form today.”

Power attributed his good form on day one of the event to a simple set-up change.

“I found something on the range late yesterday and I was very pleased teeing-up today and that is the happiest I have left the range on a Wednesday for a long time,” he said.

“I felt pretty good and all it was was a change in the movement of my hips. I had been kind of struggling and it has been hurting my rythmn with no time at the top of my swing and that was the big difference.”

“But given the rain overnight and the lift-clean-and-place rule in effect today, the golf course was there very much for the taking.”

“This 67 is a good start, a good builing block but then something like 20-under is going to win so I need another three of those if I am going to be in contention.”

And Shane Lowry joined Power and also Jordan Spieth in birding his closing three holes in a four-under par 68. The effort also is Lowry’s first sub-70 in five rounds of the Houston Open after his missed the cut in both 2013 and 2016.

Lowry copied Power’s 2, 4, 2  finish with his birdie putt at his last measuring 24-feet.