Grehan the pick of the bunch as Irish advance at EuroPro 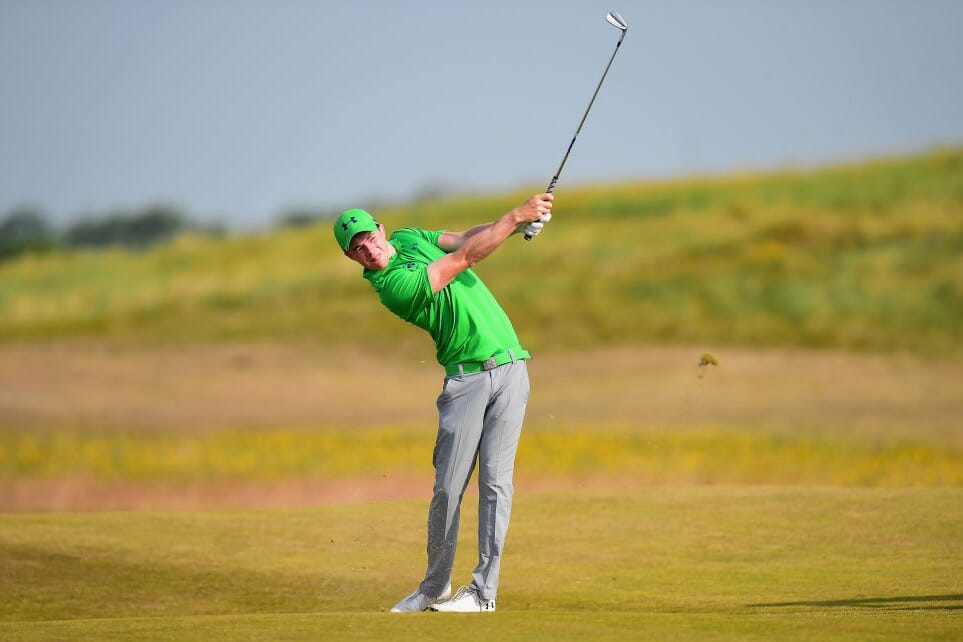 The HotelPlanner.com PGA EuroPro Tour Qualifying School First Stage has concluded across five venues in the UK, as more than 400 golfers took part in an attempt to reach the Final Stage of qualifying at Frilford Heath Golf Club.

Among the 400 there was plenty of Irish interest as 36-holes decided which golfers would move onto next week’s final stage in a bid to gain full playing rights on the UK’s number one golf tour and official satellite of the European Tour.

Tullamore’s Stuart Grehan was the pick of the bunch as he fired a second successive 68 to top the group at Formby Hall Golf Club by four shots on eight-under-par.

Having just entered the pro ranks, Grehan looked at home in his surroundings as he returned nine birdies and just the one dropped shot through 36-holes of examining golf.

An understandably delighted Grehan posted his two cards proud as punch on Twitter with the caption, ‘job done for another day! #Onwards’, as he looks to kick-start his professional career.

Naas’ Jack Hume also advanced after rounds of 71/73 left him on level par, comfortably inside the mark to qualify for next week, as he looks to rediscover the form that made him Ireland’s leading amateur talent not too long ago.

Fairweather was anything but in firing a four-under 68 today to advance on minus three for two rounds while Galbraith added a two-under-par 70 to his opening 72 to comfortably make it also.

Kinsealy-Grange Driving Range professional, Iarlaith Keane is another who can prepare for next week, advancing to the decider on plus one.

At Caversham Heath, Black Bush Golf Club’s Stephen McCarthy bounced back from an 81 on day one with a super 71 today to find himself in the draw for a EuroPro card at Final Stage. His two-under-par round today was only bettered by one player and at plus 6 he lives to fight another day.

Due to inclement weather, play was reduced to 18-holes at The Players Club with both Luke Donnelly and Brian Doheny safely through as a result.

Final Stage is set for Frilford Heath Golf Club, where 240 players will play one round on each the Red and Blue Courses on Wednesday, April 4 and Thursday, April 5 before a cut to the leading 80 players and ties play a concluding 18-holes on the Blue Course on Friday, April 6.

In the event of ties for the final qualifying spots a play-off will be staged to determine the golfers who progress to play at Frilford Heath.

Players are competing to earn the highest possible category on the 2018 HotelPlanner.com PGA EuroPro Tour. All those progressing to Final Stage will earn at least a category 14, with golfers making the Final Stage cut earning a minimum category 10 and the top 30 earning category 3.