Disastrous final round sees Hurley fall back in Kenya 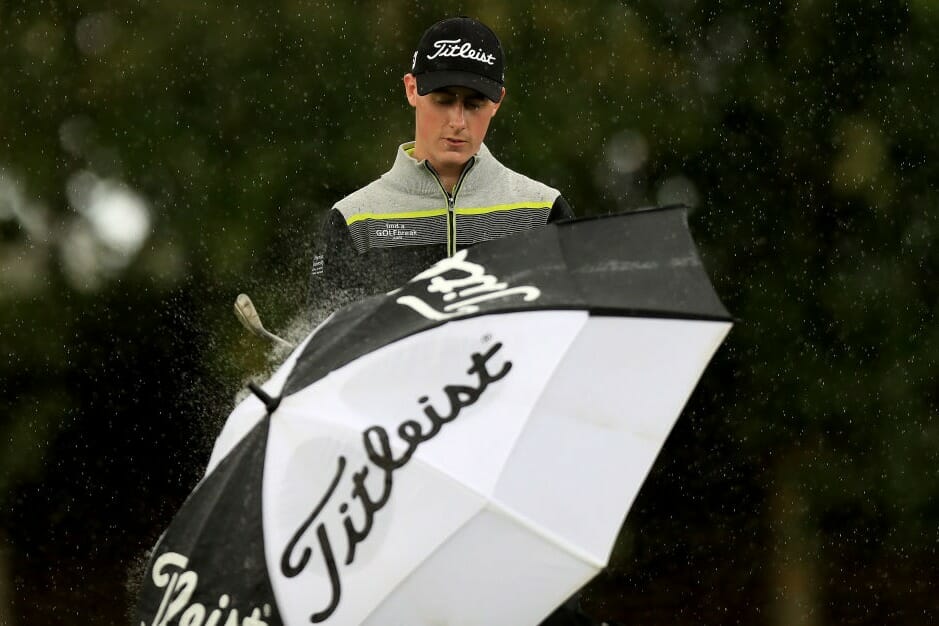 Having started the day in a share of 8th on seven under for the Championship, Hurley got off to the worst possible start with a double bogey at his opening hole setting the tone for a dismal afternoon.
He returned a bitterly disappointing 8-over-par 79 in the end, to fall 46 places down the leaderboard into a tie for 54th. He’d dropped just four shots over his previous 54-holes but for four bogeys, two doubles and a triple to plague his card today.
Having made a little under eight thousand euro on the Challenge Tour last year, he would’ve been hoping for a big day to kick-start his season in style. Instead he’ll be wishing today never happened.

Yet those thoughts should be fleeting and if ever there was a time to slump on a Sunday it’s now; early in the season and with time to rectify it. He should take great strength from getting into contention through three rounds and learn to handle it differently should the opportunity present itself once more. With his raw talent, no doubt that will be sooner rather than later.
It was a better day for Northern Irishmen, Michael Hoey and Cormac Sharvin who both got it into the red numbers to sign off in fine fashion at Muthaiga Golf Club.
Hoey returned a second successive one-under-par 70, good enough for a share of 18th and a cheque worth over five thousand euro.
Alongside him, Sharvin enjoyed a sound finish too, moving nine places after a two-under-par 69 sealed his top-20 finish.
Lorenzo Gagli was the envy of Africa as he secured his first victory on the European Challenge Tour by holding his nerve to beat Jens Fahrbring in a three-hole play-off to claim the title.

On what is the 50th anniversary of the African event it was fitting that the tournament proved to be such a spectacle with large crowds witnessing Italy’s Gagli and Sweden’s Fahrbring go head to head over extra holes.
With scoring proving difficult for most of the field at Nairobi’s Muthaiga Golf Club, it was Fahrbring who took the clubhouse lead following a fine closing round of 67.
Gagli, playing in the penultimate group of the day, nearly won the tournament in regulation play but after seeing an eagle putt shave the hole he had to settle for a final round of 68 – good enough for a place in a play-off against Fahrbring.
Fahbring came closest to winning on their first attempt at the par three 13th, with a birdie putt from ten feet just coming up short – both men went on to make par.

Following another par by each player on their second try at the 191-yard hole, it was Fahrbring who came unstuck with his tee shot finding the water just short of the green.
Although Fahrbring did go on to make bogey by holing a testing 15-foot putt, Gagli was left with two putts from the centre of the green to take the victory.
With his last victory coming 11 years ago on the satellite Alps Tour, Gagli was delighted to be taking home the trophy and a pay cheque for €80,000 – the largest on the Challenge Tour all season.
“I have no words because it is my first victory,” he said. “It feels amazing to do it with the same tee shot, the same game, the same everything and I just stayed really patient on the golf course.
“It was really good to play with Nico Geyger today as we are really good friends and we stayed patient but still very focused and I just played really, really well.

“The play-off was very tough. It is perhaps bad to win like this with Jens making a mistake but it’s golf and I just want to say congratulations to Jens too as it was a great tournament.
“I hit my seven iron on that hole four times today, and although I was never able to hit a really good shot I held on and won!
“I am due to play on the European Tour a lot this season through my category but winning here is definitely a good problem to have. After winning like this I am so excited for the rest of the season.”
With victory in Kenya Gagli jumps straight to the top of the Challenge Tour Rankings with 80,000 points, while Fahrbring sits in second place with 55,000 points.