Tiger just one off the lead at Valspar Championship 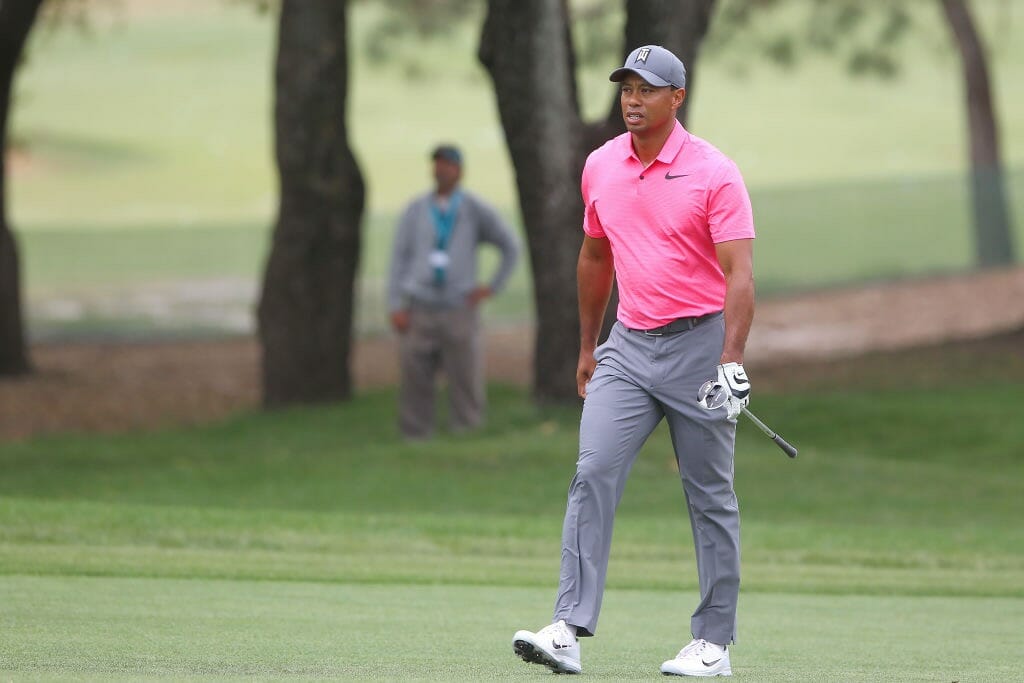 The sports world awaits what could be one of the biggest news stories in many a decade with Tiger Woods sitting just one stroke behind and one round shy of victory in the Valspar Championship.

It’s been 54-months since Woods last tasted victory at the 2013 WGC – Bridgestone Invitational and the now 42-year old will be looking to dispel any criticism, not that he has not already done so in 13 rounds this new season, with what would be a 80th PGA Tour success.

Woods went into day three trailing by two shots and the end of the round was again sharing second place but now just one behind 26-year old rookie Canadian Corey Conners.

Conners, continues to defy expectations having now lead for all three rounds and adding a three-under par 68 to his opening scores of 67 and 69 to move to nine-under par.

Woods is tied in second place at eight-under with England’s Justin Rose (66) and American Brandt Snedeker (67) with Woods to be again paired with Snedeker over the final day.

“I feel very excited going into tomorrow and I feel very good,” said Woods. “I feel like I am playing a bit better and  a lot cleaner as I missed the green with a sand wedge in my hand on Friday and took a lost hole bogey.”

“Other than that, it’s been a pretty clean three days as I feel really good over everything. I’ve kept myself high up the board and I know I was tied at one stage, I am now only one back and I’ve got a good shot tomorrow.”

And when quizzed when he returns to his hotel tonight will he be thinking about winning and if so, what would an 80th PGA Tour title mean he commented;

“Of course, I will, I am only one back and as I said it is a bunched leader board and I have a shot at victory tomorrow.”

“I need to play a good solid round and put in a clean score card.”

Woods’ third round scorecard showed five birdies and just the one bogey, starting his round with a wayward drive left into the tree line but managing to scramble his way to par ahead of bringing a record crowd to their feet in holing a 20-footer for birdie at the par-4 third hole.

The 14-time Major winner then went into a share of the lead with a birdie at the par-5 fifth hole before the highlight of his round when he chipped-in from some 30-feet behind the flag at the uphill par-4 ninth hole.

A third birdie followed at the downhill par-4 10th hole before dropping a shot at par-3 14th after an errant 30-yard left tee shot but Woods won back the shot at the next in two-putting from some 48-feet on the front of the green at the par-5 14th.

There were wild scenes, not seen since the height of ‘Tigermania’ in the early 2000s, with local Pinnelas County Police and tournament security staff clearly stretched to contain the excitement that has been present this week, in what is Woods first appearance in the event.

Given it is has been over three-years since Woods has been in a position for victory, and given four well-documented back operations, Woods was asked what would it mean if he were to win tomorrow.

“We’ll cross that, Bernie, when we get there. Hopefully it will be tomorrow,” he said.

“The biggest challenge tomorrow is that there’s a packed leaderboard. There’s so many guys played their way back up into this tournament. Scotty (Adam Scott) played well, he got it up there. Rosy (Justin Rose) has been playing well. He’s playing a Top-10 almost every single week he’s played over the last five, six months.”

“So, there’s a lot of guys up there, so, you know, myself included. Got to go out there and really play well again. Hopefully I’ll make a few more birdies and keep that card clean.”

Indeed, there is 17 players within five shots of the lead including Scotland’s Russell Knox who joined Rose and past Masters champion, Adam Scott in shooting a round of 66.

The best of the irish is Graeme McDowell who returned a three under card on Saturday but is nine shots off the pace on level par, while Shane Lowry in on one over par after a +2 third round.