GMac takes route 66 to share the halfway lead at Riviera 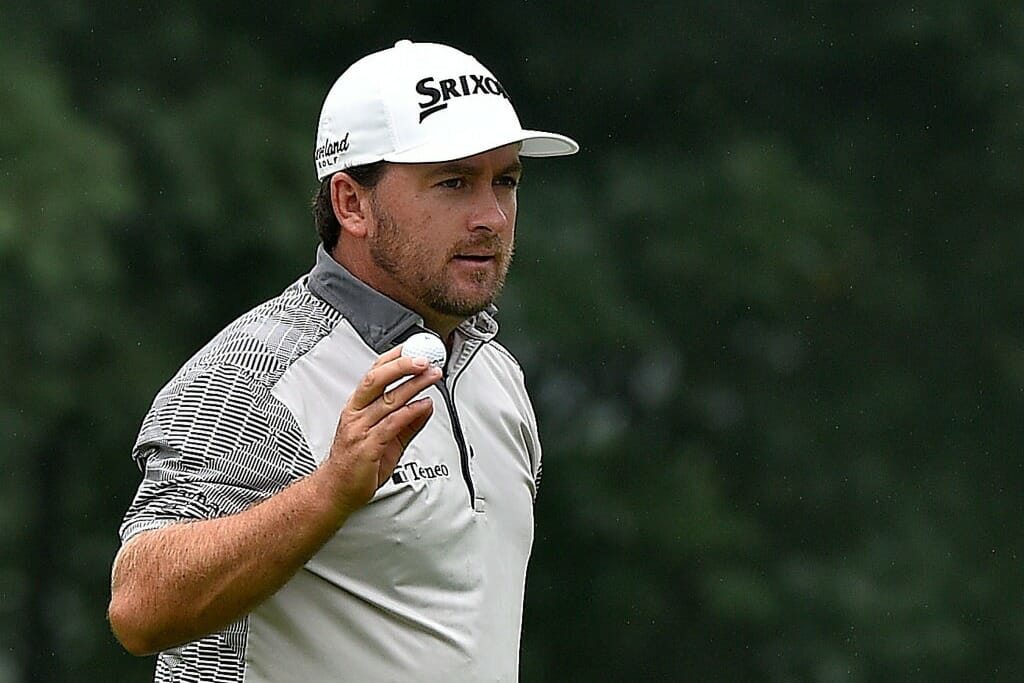 Graeme McDowell celebrated his 600th PGA Tour round taking route 66 to a clubhouse share of the lead at seven-under par on day two of the Genesis Open on the Riviera course.

McDowell joined American Patrick Cantlay sharing the lead when poor light halted play leaving 15 players still to complete their second round.
Among those returning to the course early Saturday morning local time is Sam Saunders the grandson of the late Arnold Palmer having moved to seven-under par and with still three holes to play.

McDowell’s round is the equal-lowest of the two days and with McDowell seizing seven birdies and only two bogeys on Friday.
McDowell ignited his round posting three birdies in succession and with the best of the trio being at his opening hole, the short par-4 10th hole, where he was short of the green with a 284-yard drive and then chipped to 9-feet to hole the birdie putt.
It is McDowell’s lowest regular Tour round since a final round 66 in last November’s Shriner’s Hospital Open that handed McDowell a share of 10th.

‘G Mac’ hit 11 of 14 fairways and 14 of 18 greens in regulation but again, and like day one, took 29 putts for the day.
And it is not lost on close observers of McDowell’s career that of his four victories on the PGA Tour, including his 2010 U.S. Open triumph he has either held or shared the lead through 36-holes on three occasions and gone onto to win two of the three – the 2010 U.S. Open and 2016 OHL Mayakoba Classic.

“It’s been much of the same stuff for the last four, five months,” said McDowell.

“My numbers just haven’t been showing it. I opened up with three missed cuts this year but walking away from them saying to myself, you know what, I’m really happy with what I’m doing, I’m really happy with the progress I’m making and just stick to the process.
“We all love the word “process,” but all I’m missing is a couple little numbers and a little bit of confidence. I’m really excited to be going into the weekend of the tournament on the business end of things and really looking forward to getting back out there.”

The number ‘6’ continues to feature heavily for McDowell as it is also his sixth appearance in the Genesis Open while he is making his sixth start in the 2017/18 wraparound schedule.
But whether or not Saunders finishes one or two in front of McDowell and Cantlay, McDowell is very well-placed heading to the weekend rounds of the $US 7.2m.
After the frustration of recent months McDowell is now just two rounds shy not only of returning to the Masters but delivering Thomas Bjorn a ringing reminder of his European Team credentials.

“I head to the weekend super patient,” said McDowell.
“I’ve got a lot of work to do this year, and it may not happen this weekend, but like I say, the way I’m practicing and the way I’m preparing myself off the golf course, it’s only a matter of time before good things start to happen.

“So, really trying to go out there this weekend, try to play carefree golf, try to respect this golf course.
“When you get out of position here, you have to respect it and get it back into position. If you play well, it offers up a lot of birdie chances. So, I’ve enjoyed the way I hit it the last couple of days and looking forward to getting back out tomorrow.”

Joining G.Mac with be Rory McIlroy at one-under par and Padraig Harrington, who like McDowell, will play also four rounds this season for a first occasion in 2018.
Harrington commenced his round at level par but after as birdie at the second hole of his round he then dropped shots at his sixth, seventh and ninth holes and then ended with nine straight pars in a two-over 73 to be at two-over for the event.
Sadly, Shane Lowry never recovered from a first day 73 to post a second round 75 for a six-over total and a missed cut. 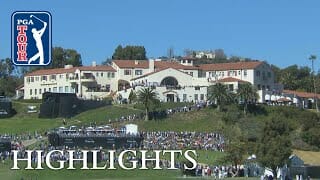