Clarke challenging as Moynihan misses cut by one in Oman 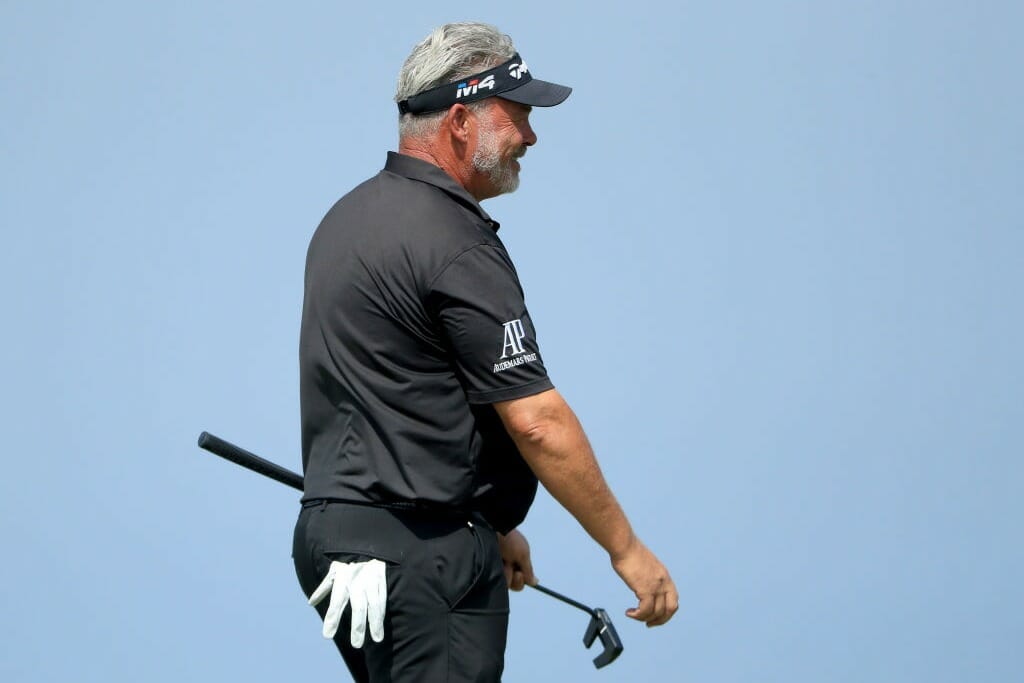 Darren Clarke rolled back the years with some sumptuous golf as he fired a flawless five under par round of 67 on day two of the NBO Oman Open.

The Northern Irishman, who made his first cut in almost 18 months in Malaysia two weeks ago, carded five birdies to claim a share of 9th spot on minus five at the halfway point.
The former Ryder Cup captain will no doubt have vivid memories of his disastrous third round 79 at that same event still lingering between his ears but he looks in much better touch to build on his fine start this time around.
In fact this round was his lowest on the European Tour since 2015 while it’s also the first time he’s achieved back-to-back weekend finishes on the Tour since the USPGA Championship in 2016, where he made the cut having finished in a tie for 30th at the Open Championship two weeks prior.
Unfortunately the news wasn’t so good for Dubliner Gavin Moynihan who will have another free weekend to ponder what went wrong over the first two days of a championship.
Having missed the cut in Perth last week on his full European Tour debut, Moynihan started well yesterday, one in the red and comfortably inside the cut mark.
However today was a struggle from the get go with Gavin carding five bogeys overall en route to a 74. A bogey at the 9th, his final hole, was his ultimate undoing, however. It saw him miss out on the weekend action by a single stroke.
Matthieu Pavon stormed to the halfway lead at the NBO Oman Open thanks to a scorching hot streak which yielded eight birdies in the space of 11 holes, a seven under 65 handing the Frenchman a two-stroke advantage going into the weekend at the spectacular Al Mouj Golf in Muscat.

The 25 year old is one of the few players in the field this week to have experienced the epic Greg Norman-designed links overlooking the Gulf of Oman, and one of the fewer number of players to have very happy memories, having claimed a top three finish at the Challenge Tour’s season-ending event here in 2015 to wrap up his European Tour card for the first time.
He put that know-how to good use on day two as he dropped just one shot to put some space between himself and second-placed Matthew Southgate, who would have shared the overnight lead had he not finished with a double-bogey six at the 18th, signing for a two under 70 and nine under total.

Southgate’s first round co-leader Paul Waring also struggled to build on a strong start as a one under par 71 left him on eight under alongside English compatriot Chris Wood, who carded a flawless 66.
Wood’s European Captain at The 2016 Ryder Cup, Darren Clarke, was another player to record a bogey-free second round in the Omani capital as the Northern Irishman made the halfway cut for the second time in as many appearances following a long barren spell of weekend golf.