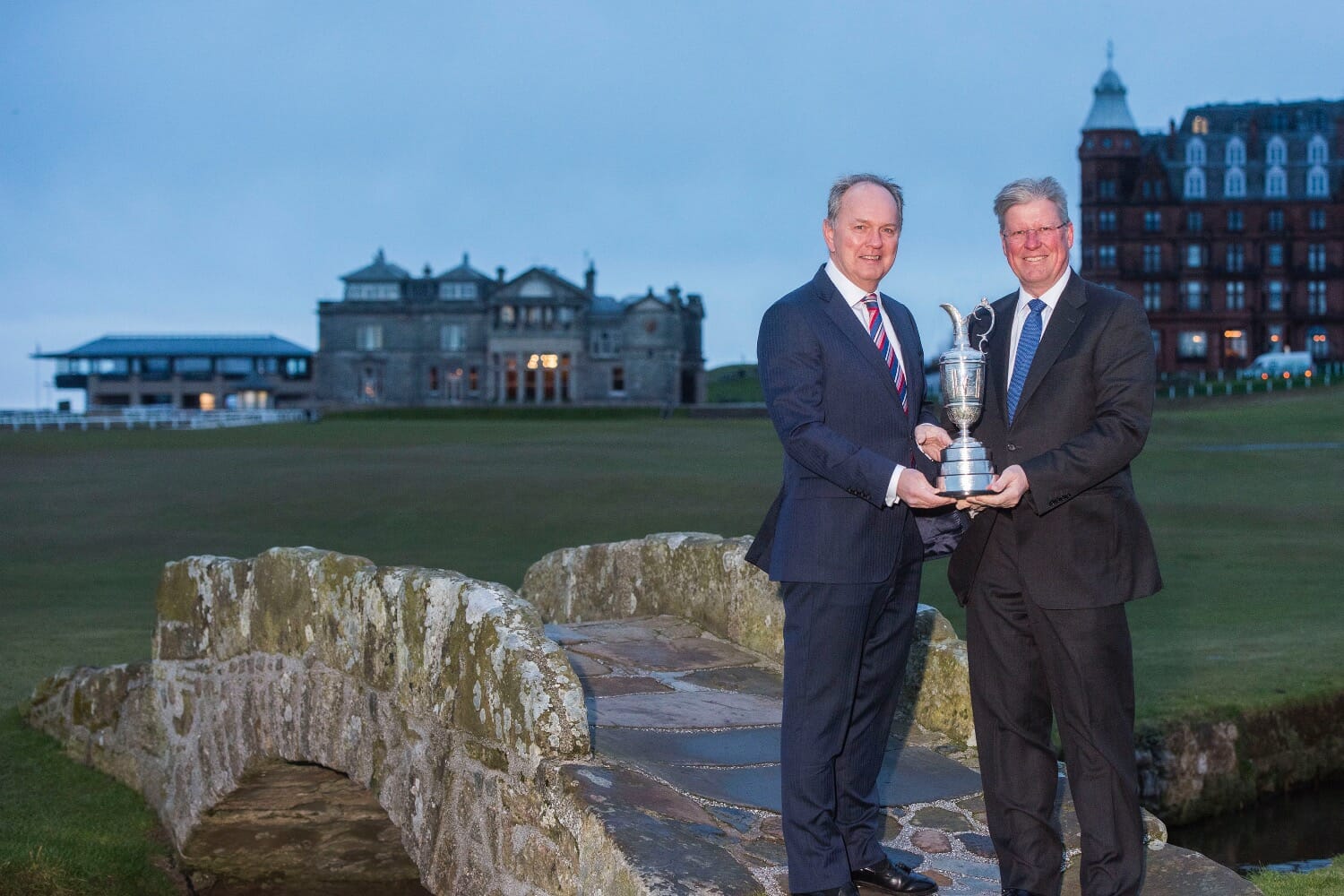 History will be made once again at the home of golf in 2021 as it was announced today that The 150th Open is to be played at St Andrews from 11-18 July.

Marking a true celebration of golf’s original championship and its historic ties to St Andrews, the occasion will be the 30th time that The Open has been played over the world-renowned Old Course where many of the greatest names in the history of golf have lifted the famous Claret Jug and been crowned Champion Golfer of the Year.

Golf’s most international major championship was last played in St Andrews in 2015 when Zach Johnson defied difficult weather conditions to defeat Marc Leishman and 2010 Champion Golfer of the Year Louis Oosthuizen in a four-hole play-off and land his second major title.

Martin Slumbers, Chief Executive of The R&A, said, “The Open holds a very special place in the hearts of golf and sports fans around the world. The Championship enjoys a historic and celebrated relationship with the Old Course in St Andrews and we are excited to be marking the occasion of the 150th Championship at the home of golf in 2021.

“St Andrews has produced a revered group of outstanding Champion Golfers since The Open was first played on the Old Course in 1873. Once again we look forward to seeing the greatest players take on the challenge of the world’s most iconic links course in their pursuit of the Claret Jug.”

First Minister Nicola Sturgeon, said, “As the world’s oldest and most prestigious professional golf championship, The Open is synonymous with both St Andrews and Scotland and I’m delighted St Andrews will welcome its 150th staging in 2021.

“The Open is without doubt one of the biggest events held in Scotland on a regular basis, drawing huge spectator attendance from outwith the country and providing a global media and broadcast platform to promote our outstanding golfing assets to future visitors.”

“Through VisitScotland, we continue to support The Open and we will work with The R&A to deliver a Championship in 2021 befitting of its historical significance.”

Euan Loudon, Chief Executive of St Andrews Links Trust, said, “There can be no more fitting celebration of the rich heritage of the Home of Golf and its relationship with the world’s oldest major championship than as host of The 150th Open.”

“It is always special when The Open returns to the Old Course and I am sure that excitement, both here in St Andrews and around the world, will build in anticipation of this special occasion.”

“Almost every great champion in the game has played on our famous Links and we look forward to welcoming the next generation of golfing greats for The 150th Open.”

The Old Course first hosted The Open in 1873 when the 13th Championship was played over an 18-hole course for the first time and was won by Tom Kidd.

Since then, the historic links has witnessed some of golf’s most notable players go on to become Champion Golfer of the Year including JH Taylor, James Braid, Bobby Jones, Peter Thomson, Bobby Locke, Jack Nicklaus, Seve Ballesteros, Sir Nick Faldo and Tiger Woods.