Corkonian Brian O’Donovan will soon be taking some time away from teaching the rich and famous of China to focus on his own golfing exploits as he clinched his PGA TOUR China card at Mission Hills Haikou on Hainan Island.

The PGA professional from Bandon decided to take a road less travelled back in 2013 and packed his bags ahead of a trip to the outskirts of Shenzen.
He got off the plane at Hong Kong and wondered, “what the f**k am I doing here” at the time, but four years later and he’s more than made his mark.
The former assistant at Douglas’ fate went right down to the wire on Sunday, and it was a birdie on the par-5 18th that ultimately secured his conditional status. His final round 72 was enough for a share of 12th, safely inside the top-15 who prevailed over the qualifying rounds.
We’ll be following his progress with interest.

The news wasn’t so good for Noel Murray, formerly of American Golf in Ireland, who finished 99th on 312 after a closing 81.
After a one-year hiatus, PGA TOUR Series-China resumes in March with a 14-tournament schedule that starts with the Chengdu Championship at Luxehills International Country Club (March 15-18) and the Chongqing Championship at Poly Golf Club (March 22-25).
Every tournament will offer RMB 1.5 million, a 25-percent increase over purse levels from 2016 with the top-five money winners awarded places on the Web.com Tour and the chance to make it to the PGA TOUR.
Not to be outdone, big-hitting American Joseph Winslow shot a closing 3-under 69 to secure a four-stroke victory over compatriot Ryann Ree (70) at Mission Hills.

Winslow finished 12-under over the 7,147-yard Sandbelt Trails Course, while Ree was followed by fellow Americans Kevin Techakanokboon (69), at 7-under, and Brett Munson (70) at 6-under. Jesse Speirs (fifth), Matthew Negri (ninth) and Cody Paladino (14th) rounded out the seven Americans in the top-15. 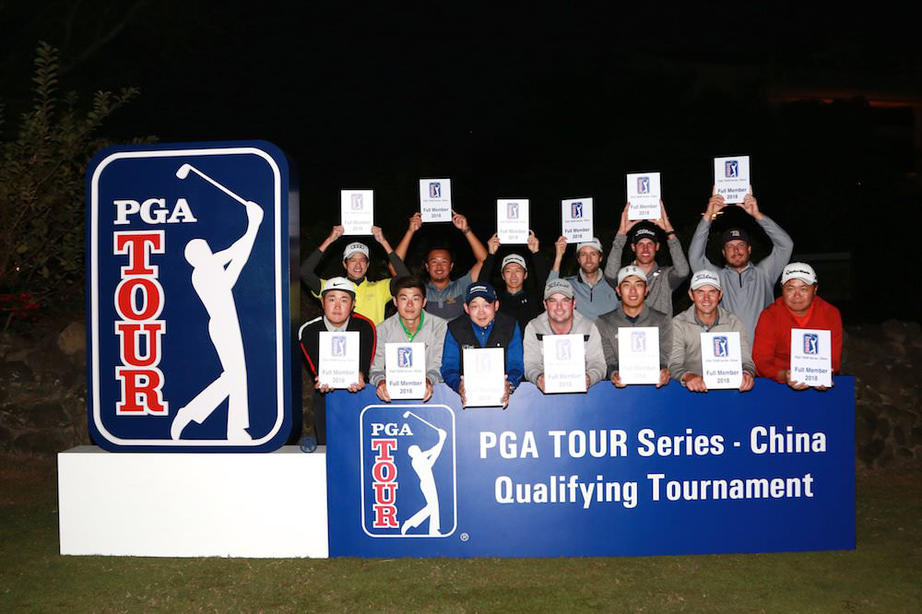