Moynihan’s weekend plans blown off course down under 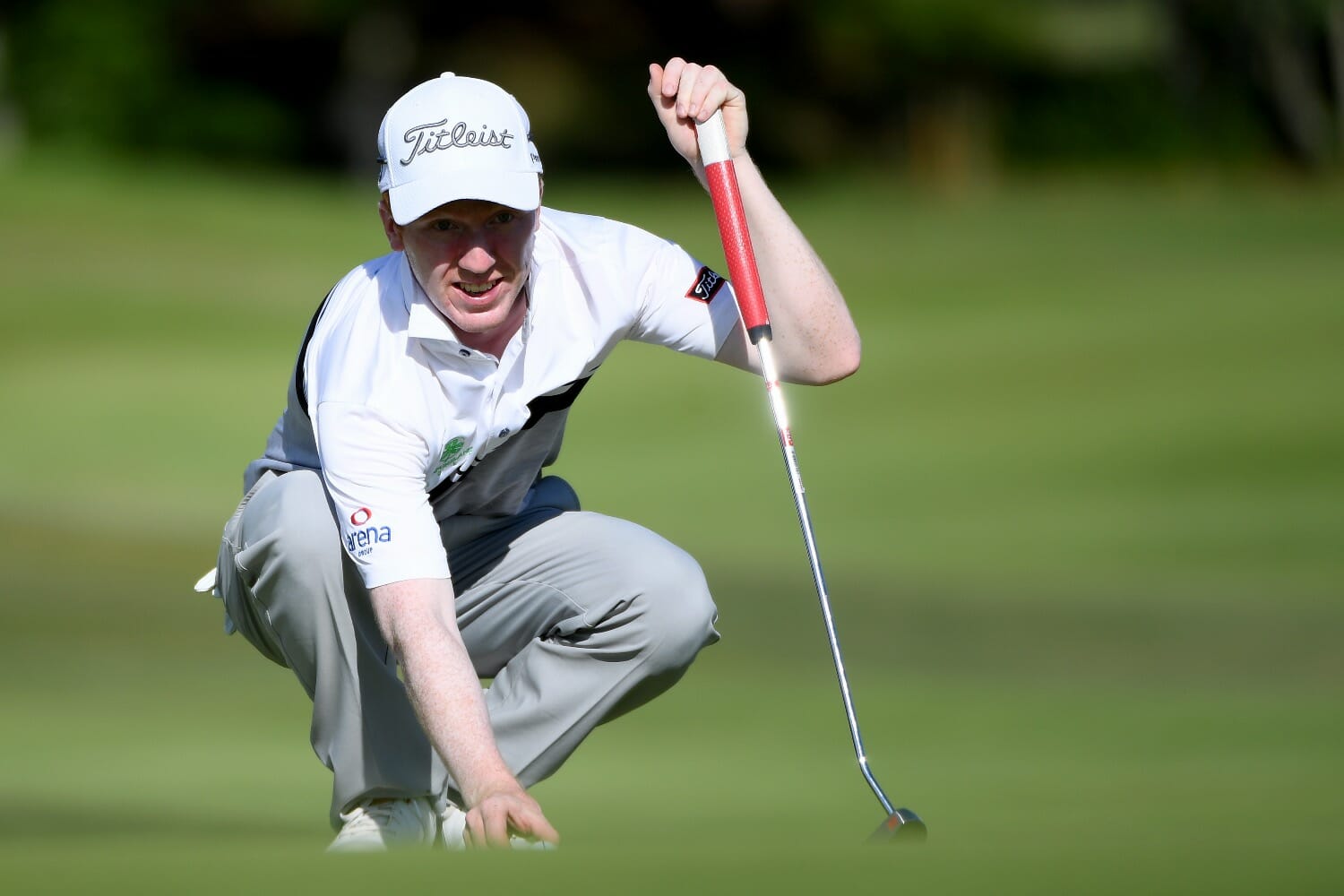 Gavin Moynihan’s first outing as a fully-fledged member of the European Tour ended in bitter disappointment after a 77 on day two ground his weekend plans to a halt at the ISPS HANDA World Super 6 in Perth.

The Dubliner knew a fast start was necessary after a 73 yesterday but failed to ever really get going in gusting winds at Lake Karrinyup Country Club.

No stranger to blowing conditions from his days at The Island golf club, Moynihan could do little in a true test today, a bogey six on the par-5 3rd setting the tone for a miserable afternoon. He dropped three more shots in an outward half that included just the one birdie and 39 tiring wallops.

He picked up a second birdie of the day at 11 to give himself  a glimmer of hope but another bogey on 13, followed by a double on 14, spelled the end for the fledgling pro’s Perth challenge.

A difficult debut for Gavin no doubt but there’ll be better days ahead for a man that’s proved himself more than capable of challenging on the
European Tour off special invites in the past.

On the bright side, he now has the weekend off in the land Down Under, where the beer does flow and the men chunder. Onwards and upwards from this one Gavin!

Atop the leaderboard, two course specialists in Lee Westwood and Brett Rumford will share the lead heading into the weekend after doing battle on day two in Perth.

The duo were paired together for the first two rounds and defending champion Rumford had the edge after day one as he opened up a two-shot lead. It was Westwood who stole the show in difficult, windy conditions on Friday, however, posting a 70 to join Rumford at eight under and the pair will once again be playing together for the final round of stroke play.

“Yeah, it was a good day out on the golf course,” said a pleased Westwood. “It’s not easy out there. It’s some of the trickiest, I mean I haven’t played it a lot and I know the wind can really pick up in Perth, but you don’t expect it to blow quite as strong as it’s blown today and it was tricky out there. You really have to have your wits about you.”

The game plan for the weekend?

“Just trying to shoot as low as possible. I know if I carry on playing like I’m playing and a few putts start to go in, because I didn’t really hole any putts today, you know, I’ll be thereabouts on the leader board. To be perfectly honest, match play is anybody’s. You’re going to need a lot of luck to win it.

“We both played well. We haven’t given too many shots away, made a few putts and I chipped in a couple of times. It’s been fun over the first couple of days.”

The top 24 – with the top eight seeded – after 54 holes will face each other in match play over six holes on Sunday, with five rounds of competition determining who will take home the trophy. Rumford led after all three days of stroke play on his way to taking the inaugural crown last season and maintains his impressive record, while Westwood is in contention for the second week in a row after a good showing at the Maybank Championship.

Dane Thorbjørn Olesen fired a 67 to sit at seven under alongside Scot Grant Forrest, Thailand’s Prom Meesawat and Australian Lucas Herbert, one shot ahead of South African Zander Lombard.

Thai Kiradech Aphibarnrat had been at nine under before making four bogeys in a row from the third to sit at five under alongside Italian Andrea Pavan, Australians Adam Blyth, Anthony Quayle and Min Woo Lee, and American Sean Crocker.

Thai Pavit Tangkamolprasert made the fifth hole-in-one of the season on the 17th with a seven iron from 204 yards that helped him to three under.