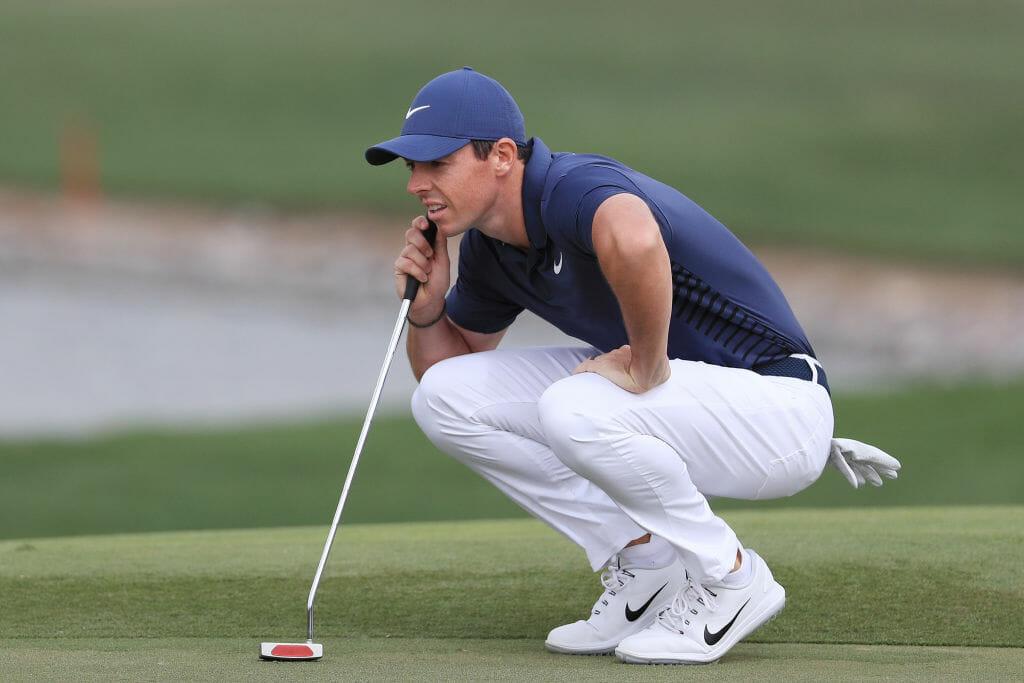 Rory McIlroy this weeks tees-up in the first of six PGA Tour events in three States and two countries he hopes will lead to Masters glory.

McIlroy is making his debut in the AT&T Pebble Beach Pro-Am along the shores of the Pacific Ocean and a first event Stateside in some five months.
The $ 7.4m three-course tournament is similar, with the big exemption being the glorious weather, to the European Tour’s Alfred Dunhill Links Championship where McIlroy ended a barren 2017 season at the furthermost point of the famed Old Course.
And while McIlroy was brutally honest in finishing runner-up in his last event, the Dubai Desert Classic, the current World No. 8 will use both his third place in Abu Dhabi and then second in Dubai as building blocks as he strives to win a first Masters green jacket.

“My results in the Middle East are a little bit of motivation because I had two chances to win golf tournaments and I didn’t or maybe one and a half chances,” he said.
“I was maybe tied for the lead with nine holes to go in Abu Dhabi and Tommy (Fleetwood) played an unbelievable back nine. I was two ahead with eight to go in Dubai. I should have won that, I let that tournament slip.
“But again, they’re great building blocks.

“So, I don’t want to dwell on them too much. I take them for what they are, which are good performances and a couple of pretty solid golf tournaments. I’ll go from there.
“If anything, they were just two good confidence builders going into this part of the season and now that I’m over here in the States I’ve got six weeks out of the next seven to try and play well and give myself chances to win.
“And I feel like where my game’s at and how I’m feeling, if I do what I know I can do, I’ll have chance.”

In those six weeks McIlroy will journey next week south to L.A and then a ‘home’ Honda Classic at Palm Beach Gardens along with Tour stops in Mexico, Tampa, Orlando and then Austin, Texas ahead of ‘Take Four’ in his quest to join the most exclusive club in golf starting at Augusta National on April 5th.
And it begged the question to McIlroy if he’s felt in the past being under-prepared heading to the Masters.

“No, I don’t feel like I’ve been underprepared, but there might have been times where say for example Augusta would have been my sixth event of the year and maybe in those previous five events I might not have got fully in contention or had a chance to win a golf tournament,” he said.
“So, I feel like the best way to prepare you for a big week like that is in contention, feeling those nerves down the stretch. And so, I feel like the more I play, the more chance I’m going to give myself to be in that position. So that’s part of the reason.