Seamus Power finds himself in awe of the Tiger 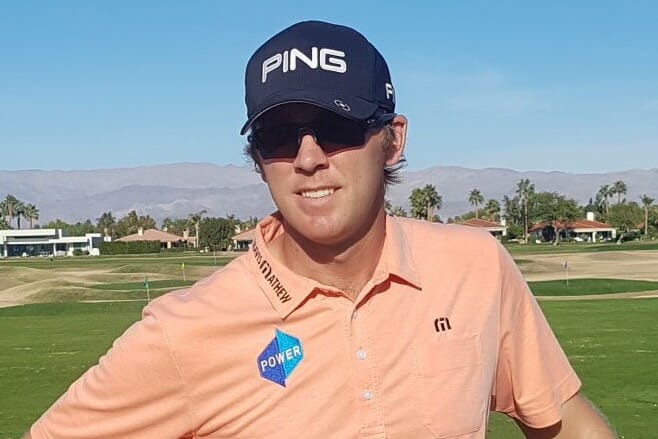 Seamus Power was not embarrassed to admit he found himself bringing his own practice to a halt and looking on in awe as Tiger Woods made his way to the practice range.

The buzz that has been missing on golf’s international stage has returned with Woods resuming his place this week on the PGA Tour.

The excitement was evident in Wednesday’s Pro-Am at Torrey Pines and it looks set to boil-over Thursday morning when the 14-time Major winning tees-up in a regular PGA Tour event for a first time since the same event a year ago.

Woods sent a booming 340-yard drive down the 17th for an eventual eagle and then holed an 18-inch birdie putt at the last in a round of a two-under par 70 ahead of the event proper with Power commenting;

“I am very excited Tiger is returning to competition and he was hiting balls after his Pro-Am round and I just found myself, like many others who were on the range, just stopping what we were doing and looking at Tiger.”

“I was thinking to myself deep down how cool it was seeing him here this week. And what is crazy that given all the Majors and tournaments he’s won, here is me teeing-up in the same tournament as Tiger Woods, so it’s a nice feeling.”

“The excitement he’s already generated with ticket sales jumping like 40% once he confirmed he was competing was unreal and he’s got everyone involved with the tournament that much more enthusiastic in what they may be doing.”

“Tiger’s return is great for golf.  He’s the greatest golfer I’ve ever seen play this game and he’s been amazing. He has single-handedly raised the bar when it comes to golf and everyone should be happy a sportsperson of Tiger’s stature is back competing.”

Unlike a good many competing this week, Power has played in the same event as Woods previously, last year’s Farmers Insurance Open, but with each at the opposite end of the draw.

Power revealed it has been Woods storming to a 12-shot success in the 1997 Masters, the first of his now 14 Majors, that not only left the then nine-year old  West Waterford youngster in awe but would prove the springboard that saw Power take the step into the ancient club-and-ball game.

“Normally, every time I have seen Tiger it has only been on TV and actually my first golf memory was watching him win the Masters in 1997,” he said.

“There was no-one in my family who played golf and we didn’t have a clue what was going on but we watched the 1997 Masters and it was just amazing to see. Tiger’s victory at Augusta that year was my introduction to golf and that was a master class in how to play the game.”

“So, I started to get into golf at the start of Tiger’s career and he was the guy who inspired me as I missed out on seeing other greats like Nicklaus, Palmer, Norman and Faldo.”

And if Power should find himself paired with Woods on either Saturday or Sunday at Torrey Pines?

“That would be unbelieveable but then I don’t think it would be good for my own golf,” said Power laughing.