McIlroy and Dunne in the mix in Abu Dhabi, Gmac Cut 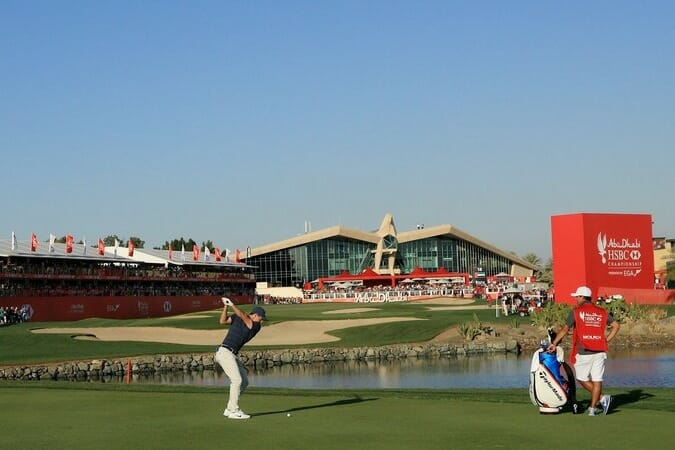 McIlroy rolled-in a 20-footer at his final hole and delighting his many fans in the UAE capital in a 66 to move into a five-way share of sixth place at nine-under par.

Belgium’s Thomas Pieters birdied his closing hole in a 65 to lead by a stroke at 12-under par from Spain’s Jorge Campillo (64).

Birthday boy and defending champion, Tommy Fleetwood (68) shares third place while World No.  1 Dustin Johnson matched Campillo’s best round of the day thanks to three birdies over his closing four holes to be one shot back of McIlroy’s group on eight-under par.

“A 66 was good as there wasn’t that many fireworks apart from the putt on the last,” said McIlroy.
“Also, no bogeys in 2018 and that’s nice as I don’t think I’ve ever went bogey-free for a whole tournament and it would be nice to do that.
“So, it is very satisfying. I’ve done quite a bit of work over the off-season and worked on my swing and a couple little tweaks here and there. They seem to have paid off already.

“A couple little swing thoughts that I still have but it’s nice to see that the work I put in on the range can translate onto the golf course, and that’s been a great thing to see for me over the last two days.”

And in contrast to day one, it was a far better round with the putter and with McIlroy taking 30 putts and four less than a day earlier.
McIlroy grabbed birdies at the fourth, ninth and then back-to-back birdies at 11 and 12 with long-time coach, Michael Bannon walking behind the ropes and no doubt delighted the current World No. 11 has entered a new season injury-free and in contention.

This is no more evident in McIlroy’s driving stats and ranked second in ‘Driving Distance’ among the leading 20 players with an average drive of 310.3 yards.

Only Johnson is longer in averaging a massive 317-yards off the tee.
“Driving the ball as well I have been these two days proves I’m back to full fitness and 100 per cent health,” said McIlroy.

“DJ is definitely the No. 1 player in the world right now and one of, if not the best driver of the golf ball and to be up there with him over the first two days proves to me that I’m doing the right things and gives me confidence going forward.”
McIlroy’s position heading to the weekend has strongly boosted hopes of not only starting the New Year with a victory but also breaking his Abu Dhabi hoodoo of being runner-up on a number of occasions.

“I have come to play and happy to be here and happy to be on the golf course,”  he said
“I knew I was in good shape and I knew my game was right where it needed to be, but, you never really know until you get a card in your hand.
“But the last two days have been really nice to see the body of work that I have put in over these last couple of months. It’s starting to pay off and I feel like I’m in a good position.
“I’m right in the mix after two days and feel like I’ve got a really good chance this weekend.” 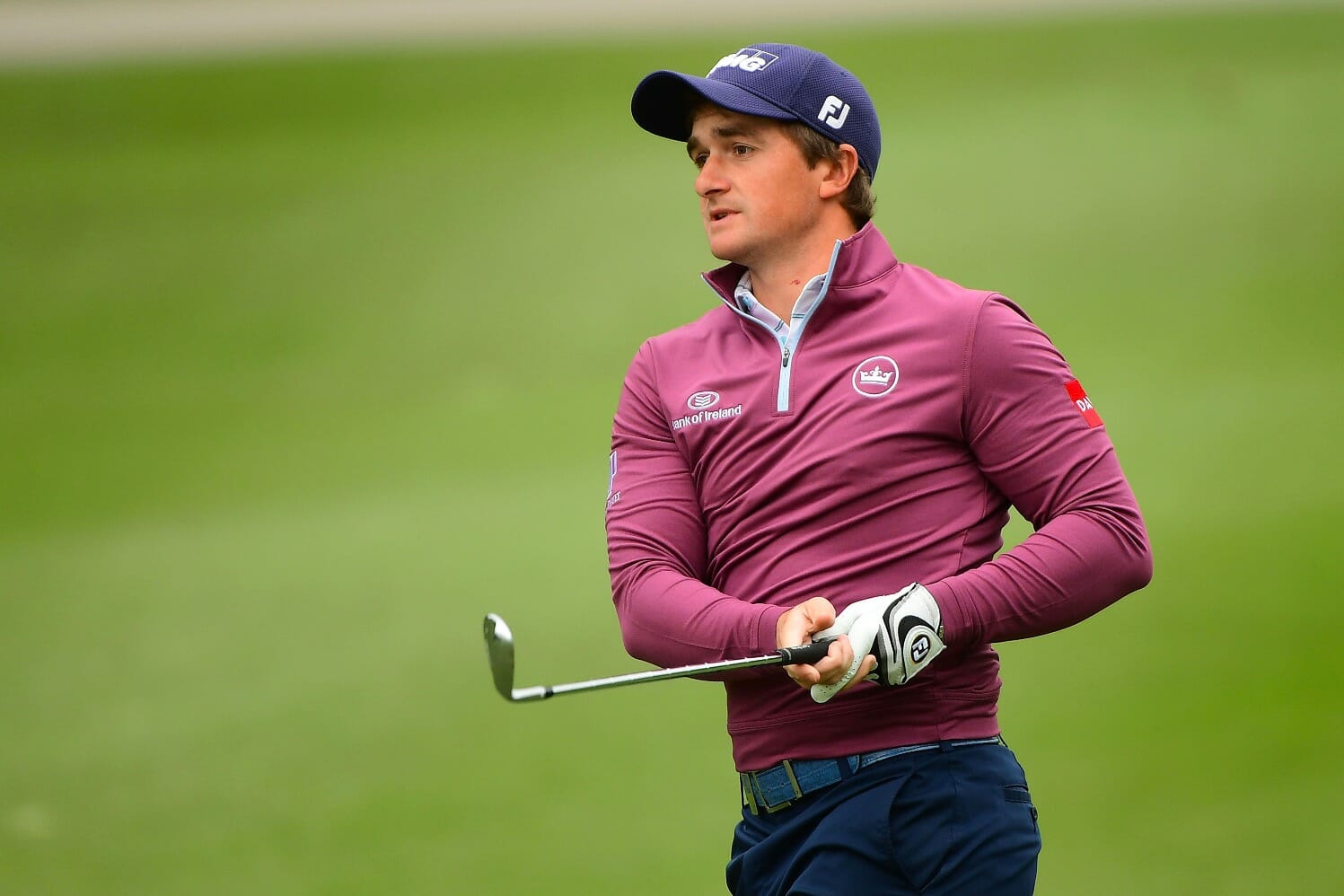 Paul Dunne has brilliantly bounced back from last week’s EurAsia Cup disappointment to be just three behind McIlroy in adding a second round 70 to his opening 68 for a six-under par tally.
“It feels good to be back competing after last week’s disappointment and my iron-play feels really solid,” said Dunne.

“Though I haven’t made that many putts over the two rounds so to be six-under given I feel like I have putted poorly.
“And if I could also get my driving a little bit straighter and sort out my putting I think I can have a good weekend.”
Sadly, fellow Irishman Graeme McDowell will be spending the weekend on the Abu Dhabi practice range after missing the halfway cut by two shots with rounds of 70 and 74.
McDowell’s second day was a mix of just one birdie but three bogeys.