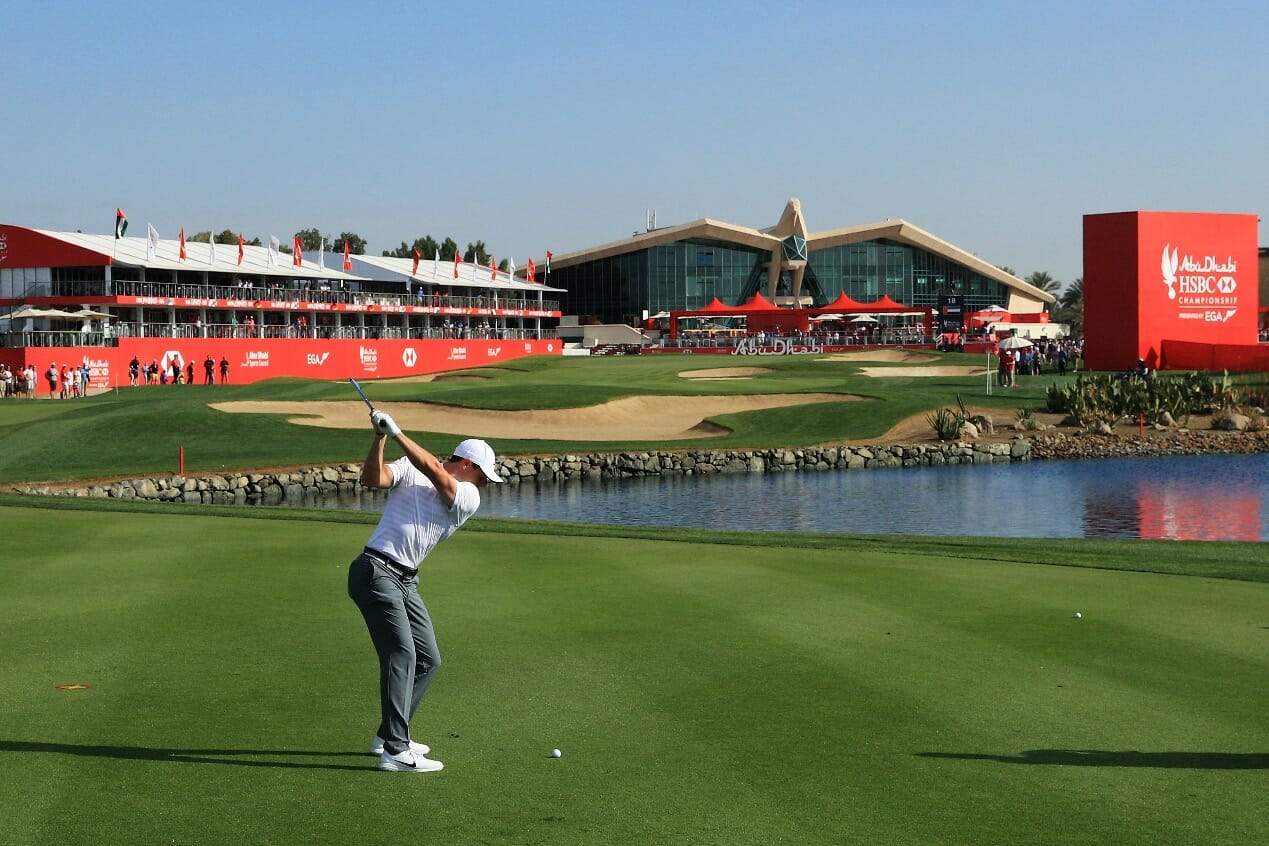 Rory McIlroy did well to stay patient after a frustrating return to competition with the putter as he birdied two of his closing three holes on day one of the Abu Dhabi HSBC Championship.

McIlroy carded 34 putts in a bogey-free three-under par 69 that left him trailing three shots behind European No. 1 and defending champion, Tommy Fleetwood and Japan’s Hideto Tanihara.

In fact, McIlroy stood over 17 putts for birdie and sank just three.

Fleetwood upstaged both playing partners in McIlroy and World No. 1 Dustin Johnson who had been sharing the lead early on before signing off for a level par 72.

Five players share third place with rounds of 67 and Paul Dunne bounced back from last week’s EurAsia Cup disappointment to be among nine sharing eighth place at four-under.

Dunne, out in the afternoon half of the draw, birdied his opening three holes.

McIlroy thankfully showed no signs of flinching in his first outing of the season and had no adhesive tape affixed to his back, as was the scenario a year ago in South Africa, but what he has gained in getting back to full fitness was spoilt by the shortest club in his bag.

“I sort of knew what I was expecting out there but at the same time, you never really know,” he said.

“It is my first competitive round in over a hundred days, so it’s a little bit different. But I did well. I stayed patient. I gave myself loads of chances and started the day with 11 straight pars, so I was trying to stay as patient as possible It was nice to birdie three of the last seven there and get in under 70.”

Sounds all bright and chirpy but what McIlroy clearly needs is medical attention on his putting and with calls from some quarters again for the four-time Major winner to have a ‘professional’ caddy on the bag and not a friend so as to help him read his putts.

His frustration over the front half was no more noticeable than at the par-5 18th hole, the ninth of his round, where McIlroy sent his eagle putt from some 35-feet just off the green and then missed his birdie attempt coming back.

Pars followed at the first and second holes, or the 10th or the 11th of his round, when he finally McIlroy managed to break out in a smile when holing-out for a birdie ‘3’ at the 392-metre par-4 third hole and the 12th of his round.

McIlroy then capped the first round at the start of his 11th year in the pro ranks with birdies at his 16th and 17th holes.

“My expectation coming into this week was that I could win, and I think after the first day, seeing where my game’s at and playing alongside two of the most in-form players in the world right now, I feel like I’m not that far away,” McIlroy added.

Except, the current World No. 11 can ill-afford to be recording 34 putts every round.

Dunne also produced a bogey-free round and after his birdie ‘hat-trick’ start he posted six pars before a fourth birdie at his 11th hole and then ended with seven pars.

Graeme McDowell kick-started his new season with birdies at his opening two holes that sent him into a then share of the lead ahead of signing for two-under par 69,

McDowell arrived in the UAE capital sounding excited after spending the past three months or so working with a new trainer, Kevin Duffy and highly-recommended by his long-time coach, Peter Cowen.

Though McDowell’s group, consisting also of visiting American Bryson de Chambeau and Thailand’s Kiradech Aphibarnrat, found themselves embroiled in a long conversation with a rules official after their round over a slow play issue.

However, all three were arguing it was the group ahead the cause of the delay in needing a ruling.