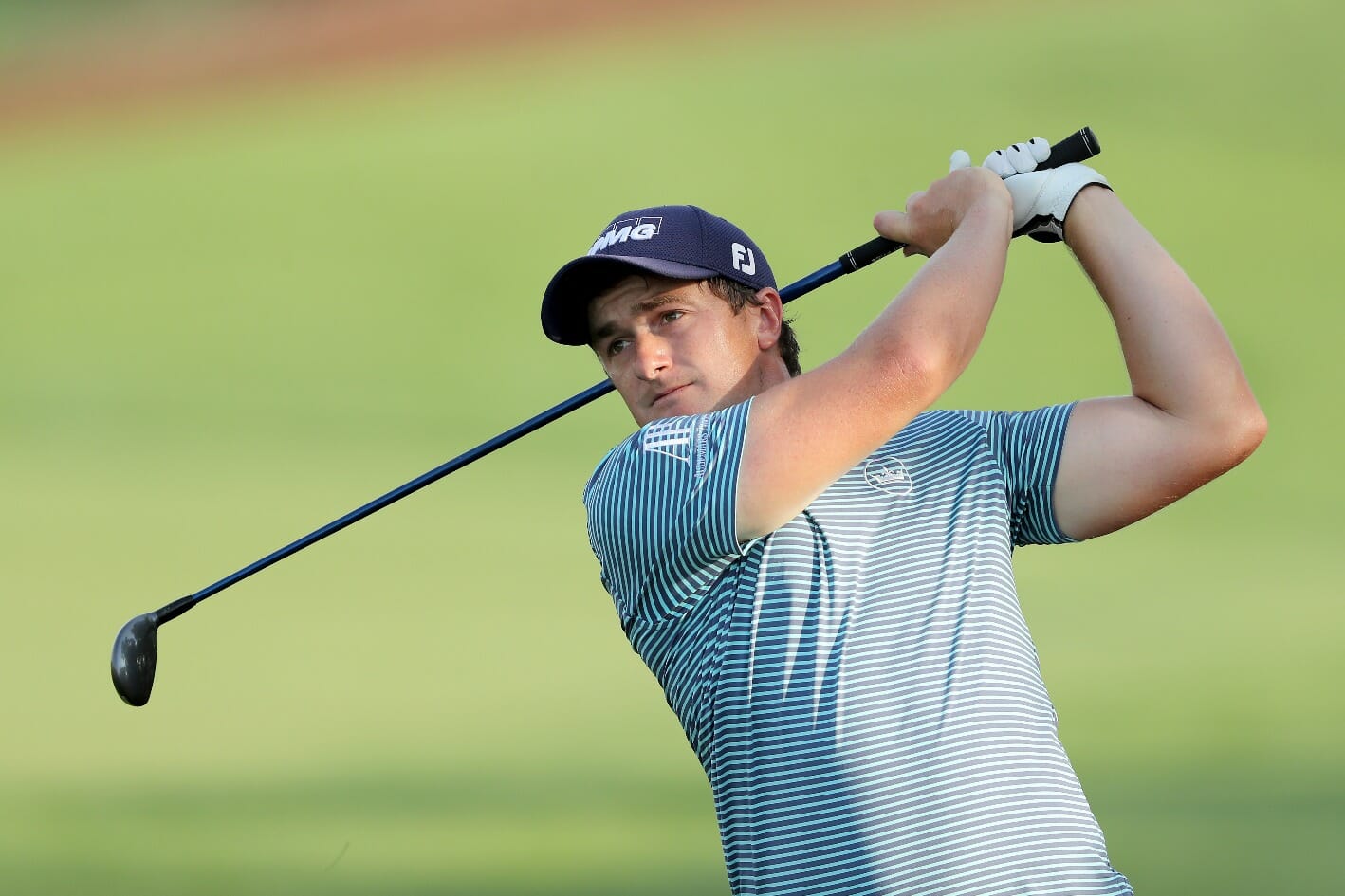 Paul Dunne’s arrived in Abu Dhabi looking to regroup after his personal EurAsia Cup disappointment. Dunne celebrated Europe’s 14-10 victory over an Asian side but was the only member of Bjorn’s 12-man Europe side not to secure a point over the three days in steamy Kuala Lumpur.

The young Greystonesman was out last in the Sunday Singles, with Bjorn confident of success and not having to rely on Dunne’s point.

As it turned out it was Belgium’s Thomas Pieters securing the winning point in the eighth match with Dunne losing 3 & 1 to China’s Haotong Li who won the closing two holes with birdies.

A shock Sunday loser was England’s Paul Casey with the World No. 14 going down to Asian rival, Poon Saksanan ranked 142nd in the world but Casey is certain to be in strong contention to qualify for Bjorn’s Ryder Cup side.

“There was maybe a bit of a change in atmosphere in the team room on Saturday as there was a lot of determination, a lot of willing to go out and win a point and most of them did that today,” said Bjorn.

“Today, I can only say that every single one of them stood up and did everything they could and I’m just very proud of these boys. They worked so hard this week and they worked well together.”

“As a group we’ve had a really good time. We wanted to win, we didn’t want to travel this far at this time of the year not to win.”

“We wanted to come out here and show that European golf is more than 12 strong, we are all the way through. A lot of these guys deserved their points today, they worked hard this week and might not have got too much out of it, and today they did.”

Bjorn joins most of his winning team teeing-up in this week’s Abu Dhabi HSBC Championship with the Dane sure to be chatting to Rory McIlroy after the initial shock news over the weekend of the four-time Major winner’s heart scare.

However, McIlroy has since played down any fears by declaring the need to had a cardiogram every six months and an MRI every year  ‘no big deal’.

“It’s really not that big a deal and nothing to worry about, apart from getting an annual check- up, like you should do anyway,” he said.
“I feel there’s been a big reaction to it in the media which there really shouldn’t be. I’m fit and healthy and can’t wait to get my 2018 season started in Abu Dhabi next week.”