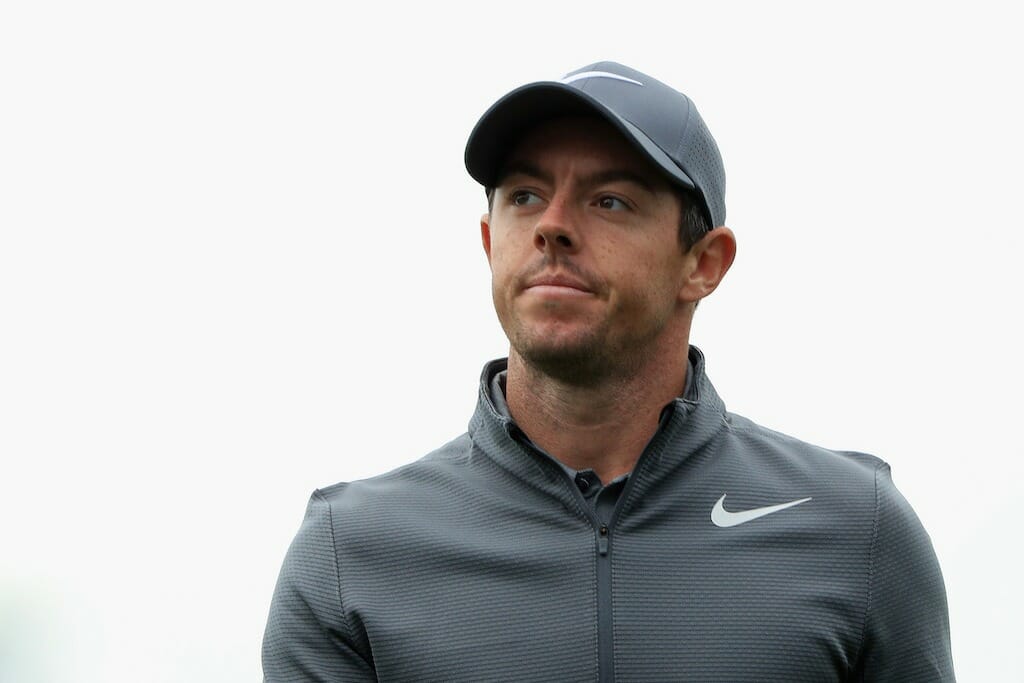 In what will come as a big shock to the start of his New Year Rory McIlroy has revealed less than a week before he tees-up in his first event of 2018 that he will be required to undergo a heart cardiogram every six months and he will also undergo an MRI scan each year.

McIlroy has not competed since finishing well down the field in last October’s Alfred Dunhill Links Championship in Scotland and purposely has remained side-lined from formal competition to allow his injury rib to fully heal.
The current World No. 11 arrived back to the UAE last weekend and while happy his nagging rib injury has fully healed he has somewhat shocked the golf world with revelations the 28-year old has a heart concern.

“The rib’s fine, no problems whatsoever – I had an MRI scan on my thoracic spine and all was okay,” said McIlroy to Association of Golf Writers Association colleague, Jamie Corrigan and writing in the Telegraph.
“But I’ve got a bit of an irregularity with my heart that I have to keep on top of.
“I have a flat T-wave and I’ll have to get an echo [cardiogram] on my heart every six months and an MRI scan every year.
“I suffered a really bad viral infection in China 18 months ago and they told me that’s the reason that I have this thickening of my left ventricle and there’s a bit of scar tissue. For now, I just need to stay on top of it and have to stay fit. Hey, I was planning on doing that anyway.”
McIlroy will tee-up next Thursday in the UAE capital without a victory in 2017 and not having tasted success since capturing the PGA Tour’s 2016 Tour Championship.

The closest he went to success in season 2017 was finishing runner-up to fellow Irishman Paul Dunne at the British Masters while earlier in the year he lost a play-off, but with his rib clearly strapped, at the BMW SA Open and being staged again this week in South Africa.
It is what will be driving the four-time Major winner when he kick starts his 11th season as a professional.
“I don’t care about the world rankings as I think about number of wins, the ability of the players against me, the number of majors the others have. I don’t feel I need to compare myself to anyone else, because I know what I can do. I’m not hung up on it,” he said.
“I still feel that on my day, if I’m on my roll, and especially if I’m playing with them…  I just crave to be in that position again.

“That hasn’t always been the case with me. The first three years with my career I struggled when it came to that head-to-head stuff down the stretch, with the big guys, but now I actually think it’s when I am at my best.
“I played my best last year when I played the last round of the British Masters and actually had a sniff. Once I give myself a shout, I fancy it now.
“Maybe before, I had to win from the front. I just don’t feel that now. I don’t fear any of them. Any one of them. I’ve beaten them before. I’m on track to where I want to be.
“It’s nice to be World No. 1 for sure, and I will get back there, but it’s all about winning tournaments. And I will give myself the best chances this season.”

The Abu Dhabi HSBC Championship is an event McIlroy is yet to win after previously finishing runner-up. It will be the first of eight events for the Florida-based McIlroy leading up to April’s Masters where he will once again try to claim the career grand slam at Augusta National.