Woods caddy excited and encouraged at prospect of victory 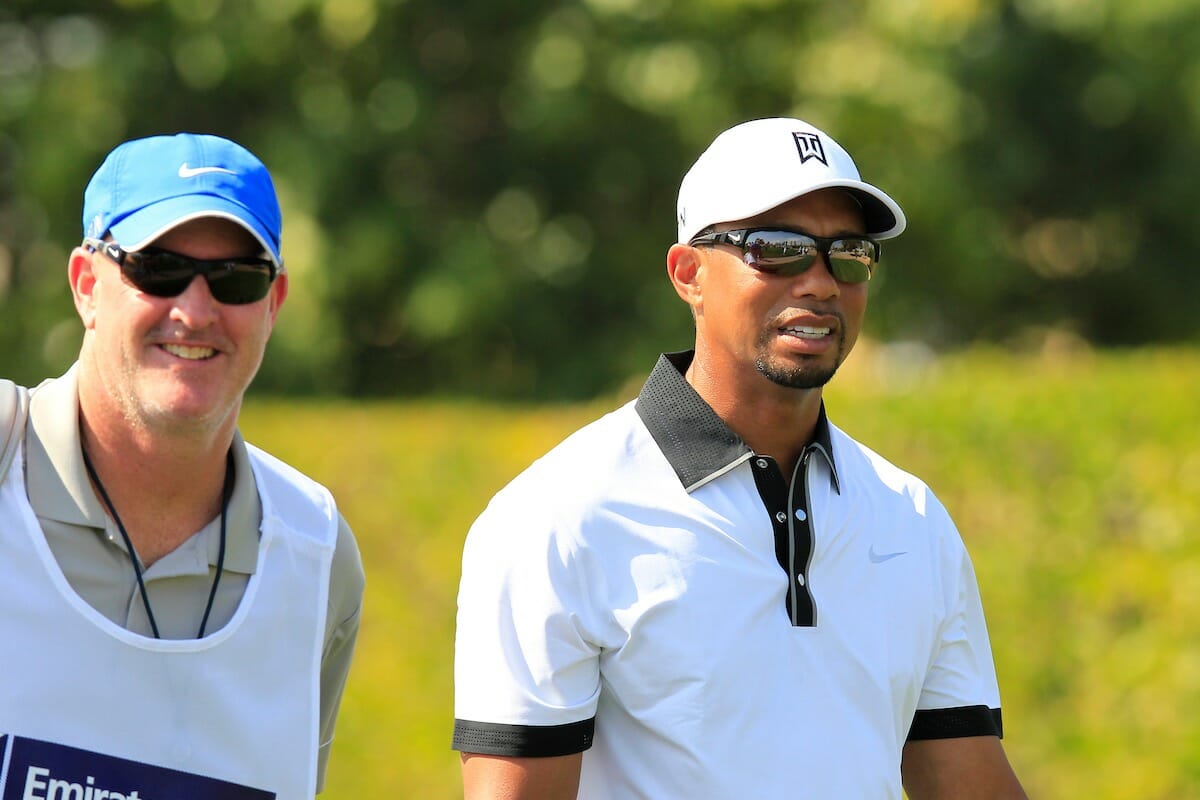 Tiger Woods is not the only member in the Woods camp to be excited at the prospect at what lays ahead over the closing two rounds of the Hero World Challenge.

While Woods has been absent on the sidelines for some 10 months so too has his Connecticut-based caddy, Joe LaCava.

La Cava was by Woods’ side when he returned from a 16-month lay-off in the Bahamas event this time last year and also when Woods had to withdraw earlier in 2017 ahead of the second round of the Dubai Desert Classic.

And imagine La Cava’s delight when Woods holed an eagle putt at the ninth hole on day two of the Hero World Challenge to move into a then share of the lead on the Albany course.

“It was a flawless front nine. Tiger played great, and you’re jacked-up for the back nine and he went 1-over.  So it was disappointing, but it was all good.”

La Cava has yet to be alongside Woods in tasting success but after two rounds of the elite 18-player field there was first surprise but now enormous anticipation about whether Woods can pull off a remarkable sixth Hero victory.

“I am a little bit surprised and I think everyone was hoping for the best, but then it is much better than we thought,” said La Cava. “In fact, it’s pretty good for 36 holes.

“We all know how Tiger is.  As soon as he gets back into competition, he’s thinking, ‘Win, win, win.’

“What has surpassed my expectations is the power and the speed and the length that he’s hitting it. I didn’t think it was going to come this quickly, to be honest with you.”

“This is as good as I’ve seen. Encouraging is a good word.’’

La Cava, one of the more-affable caddies on the PGA Tour, was also asked did he think Woods could win ths week.

“That’s a good question. There’s a lot of great players playing well and playing all year, so probably not,” he said.

“But now after two rounds, you certainly think there’s a shot. You like that fact that after two days you’ve got a chance.’’