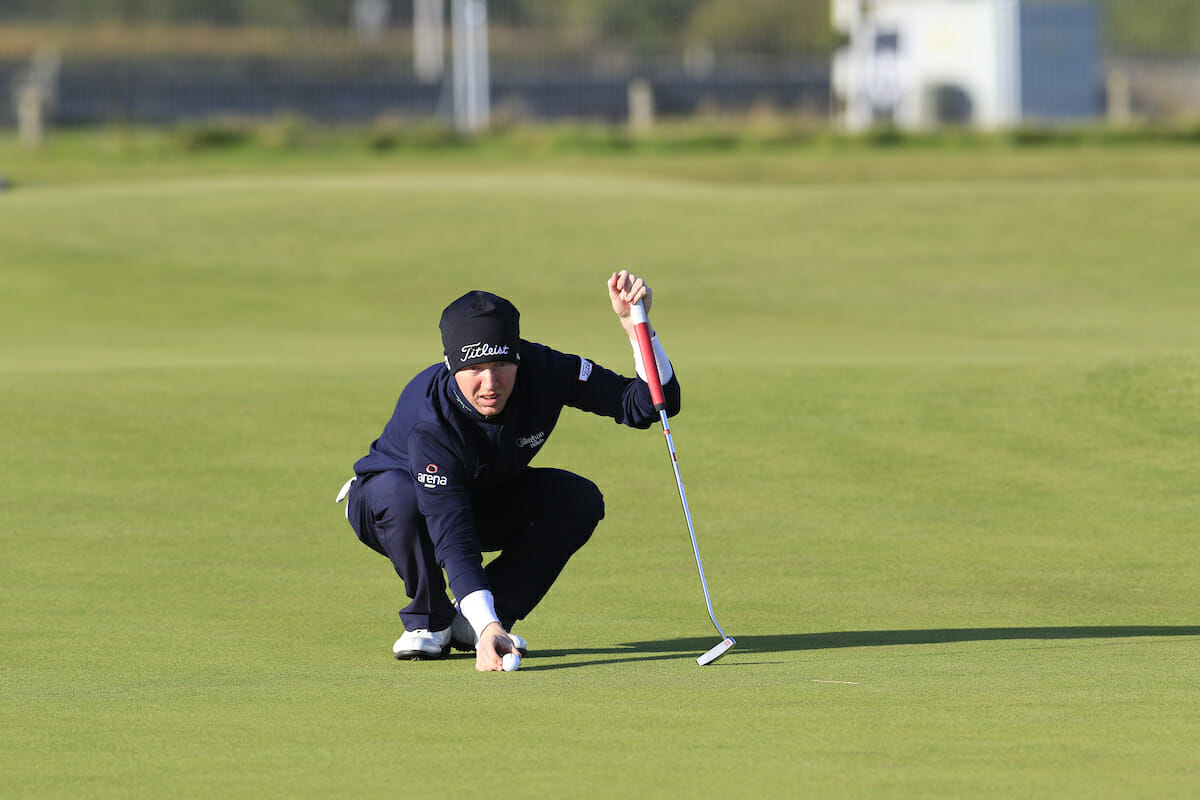 Gavin Moynihan remains firmly in the hunt to secure his main Tour card at the Final Stage of European Tour Qualifying School in Tarragona.

The Dubliner carded a fifth round one under par 70 to enter the final day today in a tie for 17th at Lumine Golf Club on eleven under par.

Moynihan is eager to cap a breakthrough year on the Challenge Tour by earning his full playing privileges on the European Tour for next season, but his status is set to go right down to the wire after dropping nine places on the leaderboard.

And although the top-25 and ties ultimately earn that prized golden ticket, a top-10 finish would increase the number of starts a player secures dramatically, with Moynihan only two shots off that pace as it stands.

It wasn’t quite the fireworks he was hoping for on day five – nine pars on the front nine mixed with three birdies and two bogeys on the back, but he can go into the crunch final round in an enviable position of relaxation considering he’s earned a number of starts for next year already through his stellar showings on the Challenge Tour this term.

Rosapenna’s Ruaidhri McGee will have to shoot the lights out in round six, however, after a one under par 70 left him on five under par, six shots outside the top-25 in a share of 58th.

Experience told on the fifth day as European Tour winners Gonzalo Fernandez-Castaño and Anders Hansen moved within touching distance of regaining their Race to Dubai status for next season.

Impressively leading the way is Sam Horsfield, the Englishman who has already come through First and Second Stage. By close of play tomorrow, he will have played a mammoth 252 holes and ended the day three shots clear on 19 under par after a fifth successive sub-70 round.

His nearest rival is Jeff Winther, who earned his card through Final Stage 12 months ago. The Dane’s seven under par 64 was the joint lowest round of the day and took him to 16 under par.

Four players trail Winther by one shot in a share of third place, including Connor Syme. The Scot shone again on Day Five with a four under par 67 and could crown an impressive start to his professional career by securing European Tour status tomorrow.

Matthew Baldwin, Kristoffer Broberg and Charlie Ford are alongside him while Hansen, three times a winner on the European Tour, is one shot further back in a share of seventh place following an excellent round of 65.

Fernandez-Castaño – who has Alvaro Quiros caddying for him this week – matched that score and sits in a tie for tenth on 13 under par, with exactly 25 players currently at 11 under par or better in Spain, but with much drama sure to come in tomorrow’s final round.