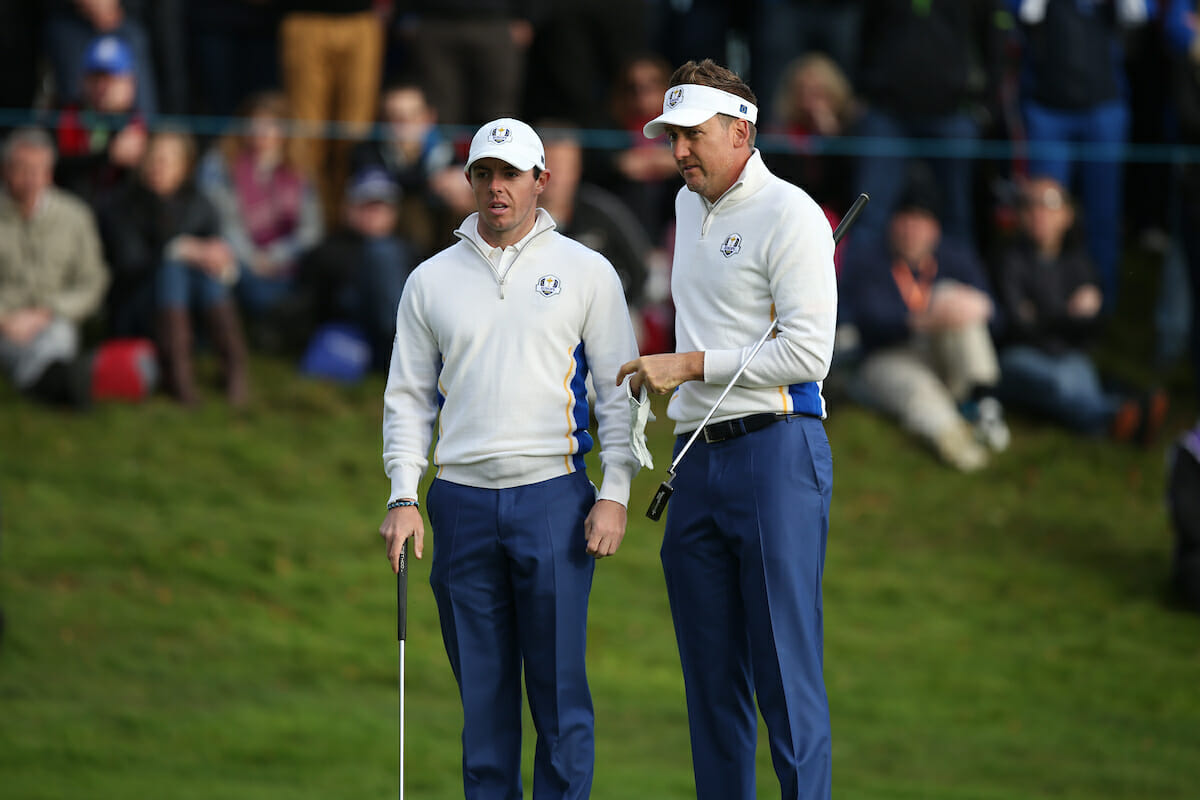 Ian Poulter owes Rory McIlroy at least a Christmas card after the Brit managed to secure the last place into this week’s DP Tour Championship in Dubai.

Poulter was all set to return to his Orlando residence in Florida after sharing 19th place in Sunday’s conclusion to the Nedbank Challenge in South Africa.

The effort saw the 41-year old jump one place to 62nd on the Race to Dubai rankings.

The withdrawal, however, of McIlroy (11th on the Race to Dubai) and Henrik Stenson (13th) has forced the European Tour to add two players to the $US8m field to ensure of full contingent of 60 players.

Now joining Poulter in the elite season-ending event is fellow Englishman Paul Waring, who is 61st on the Race to Dubai rankings.

Poulter had first tweeted after Sunday’s Sun City last round: “Predicted at this second 62nd race to Dubai.  Rory and Henrik not playing.  So it’s tight I get to Dubai .. packing my bags not knowing if I’m flaying to Atlanta for nine weeks or flying to Dubai.  As entries are not closing to 1 hour after play finishes”.

Poulter then received the European Tour news he had been waiting for and that was a seat aboard the charter flight direct to Dubai and a tee time later this week on the Jumeriah Estates Earth course.

He then tweeted his delight:  “Looks like I’m heading to Dubai for last event of the year … That was a little close .. looking forward to it now. I love the course and should be a great way to finish 2017.”

Poulter arrived early Monday morning local UAE time lying 54th on the World Rankings and desperate to finish high enough in Dubai that would ensure his place inside the top-50 at the close to 2017.

If so, it would earn Poulter an automatic exemption into the 2018 Masters and having competed at Augusta National for all but one year since making his debut in 2004.

The top-50 in the world as at 31st December each year will receive formal invitations postmarked Augusta, GA to compete in the Masters.

The side-lining of McIlroy some weeks ago sees just two Irish competing this week in Dubai in Paul Dunne and Shane Lowry.

Dunne is making his debut in the event while Lowry is teeing-up for a sixth occasion since making his first appearance in 2009, and with a best result of fifth in 2014.

Across the Atlantic three Irish in Padraig Harrington, Graeme McDowell and Seamus Power will compete in the $US 6.1m RSM Classic at Sea Island, Georgia.

McIlroy’s absence has also seen him bumped outside the top-10 on the Race to Dubai and back to 11th, and with the likelihood of officially ending the European Tour year further down the points table.’

As well, Rickie Fowler’s second place effort in the OHL Classic in Mexico has seen him go to the new World No. 7 while McIlroy has remained at No. 8.