Lowry makes his move at the Turkish Airlines Open 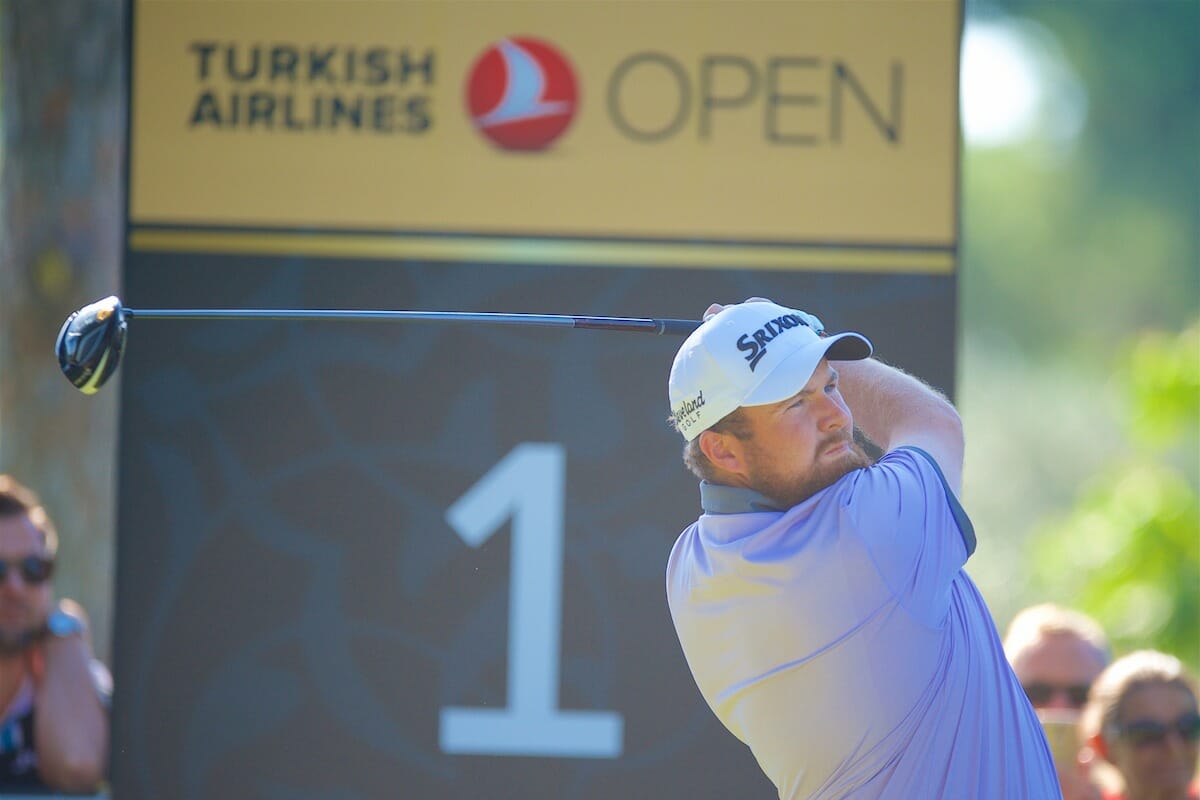 Shane Lowry made his move into contention on day two of the Turkish Airlines Open despite not being at his most comfortable on the pristine Regnum Carya Golf & Spa Resort course.

The Clara man followed his opening round of 68 with a sizzling 66, hitting it close on a number of occasions to claim a share of 4th spot at the halfway mark.
Lowry, who currently sits in 62nd position on the Race to Dubai standings, knew he was in need of good week to break into the top-60 that qualify for the season ending DP World Championship. And with over $22m in prize money still to play for this season too, as well as a raft of world ranking points, the proud Irishman seems in buoyant mood ahead of his weekend challenge.

“It was a good day’s work as five-under is nice and I would have taken that at the start of the day,” Lowry said.
“I am excited now going into the weekend and I am happy I can relax now even though I am going to go to the range to hit a few shots.
“I am delighted and I am happy, and there is nothing worse than playing these big tournaments, the ones with no cut, and being down the back of the field and trying to battle for 30th place all weekend.
“I am in a lovely position, tied fourth and I know Nicolas is a good bit ahead but you never know what can happen in golf.
“I know I am going to have to go out there and keep doing what I am doing but I do feel like that my head is in the right spot. I don’t think my game is 100% but my head is in the right spot and I am putting okay.”

If he keeps giving himself opportunities like today his putting won’t have to be too hot to take advantage regardless. Lowry fired seven birdies in all in a stunning round golf, just two blights on the card coming at 2 and 18, the second successive day he’s dropped one at the last.
“I was disappointed to bogey the last as my second shot there came out a bit weird, and I hit a great putt and thought I had the par but overall pretty happy so give me two more of those.
“I wasn’t that comfortable at the end and maybe a bit of negativity crept into my head as I drove the ball lovely for the first round. I drove it lovely today too but just hit one really bad drive on 15 and from thereon in I was a bit tentative.
Lowry was particularly encouraged by the form of runaway leader Nicolas Colsaerts, albeit with it all to do to catch the Belgian bomber over the next two rounds.
“It just shows it is on out there. It’s definitely on and if you drive it well, as he seems to be doing, you can shoot whatever number as the greens are lovely.
“Even though they are firm, they don’t play that firm when you are hitting from the fairway so it’s on.”

Lowry knows more than most that six shots is nothing in this game, and as his graph continues in a steady upward trend, he’ll be looking for a big weekend to upturn a sombre season.