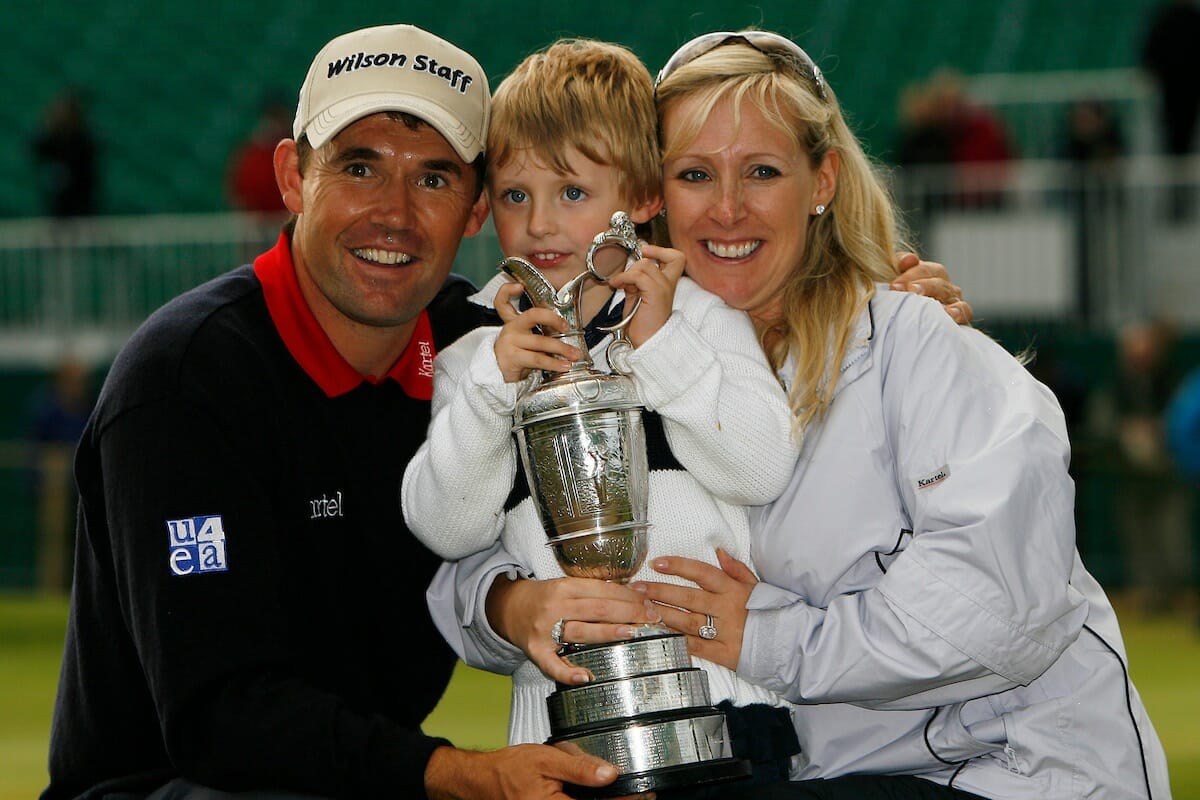 Padraig Harrington will introduce 13-year son Paddy to the international golf stage when the duo contest next month’s Father-Son event in suburban Orlando.

Some of the greats of the game have competed and won the two-day event including Jack Nicklaus with son Gary, while double Major winner John Daly teamed-up last year with son, John Junior.

And it was also last year that David Duval and his stepson won the Willie Park Trophy and a huge slice of the $US 1.085m prize purse on the Grande Lakes course.

“The idea of entering the Father and Son was to get Paddy interested in the game,” said Harrington.
“I know there is some great names who have played in the event so it should be fun though I can’t say whether or not Paddy has ever played 18-holes.

“I have not been playing golf with Paddy so he hasn’t been taking any money off me but off 27 there is a good chance he could (smiling),”

The 20-team event to be held from December 16 to 17 is a scramble format and to qualify, players must have won either a Major Championship or the Players Championship in their career while the pro’s partner must not currently hold a Tour card.

Harrington was speaking ahead of this week’s Turkish Airlines Open where he is competing in the $US 7m event thanks to a sponsor’s invitation.

“I enjoyed playing here in Turkey last year and that is why I sought an invitation so it was nice to receive the invitation,” he said.

“It has been a frustrating year for me what with injury so I will be extremely happy if I can finish the year with either a win or a pretty decent result.

“I know a good result either this week in Turkey or next week in South Africa would certainly change my year.

“But it is not that I am relying on a good result in either to make it a good year, only that if something good were to happen then good and, if not, I will move on to thinking about next year.”