Despite a drop shot with a bogey 6 on his last hole of the day Gavin Moynihan carded a three under par 69 to lie in a tie for 14th after the first round of the Ras Al Khaimah 2017 Golf Challenge in the UAE.

With only one more event left in this year’s Challenge Tour season Moynihan knows he needs a big week in the UAE to leave him in position to mount a challenge on the top 15 at next week’s NBO Golf Classic Grand Final where the 2018 European Tour cards are awarded. Moynihan is in 26th place going into this week on the Race to Oman.
One shot behind Moynihan was Cormac Sharvin after an opening two under 70 leaving the Ardglass man in a tie for 28th. Michael Hoey carded an opening 72 while Ruaidhri McGee fired a 73 to lie in a tie for 66th.

At the top, Jurrian van der Vaart equalled the course record at Al Hamra GC to open up a two-shot lead. The Dutchman opened with an eight under par round of 64, matching the mark of Pep Angles and Paul Maddy in last year’s inaugural staging of the tournament, in a bogey-free 18 holes that featured six birdies and a stunning hole out for eagle on the 14th.

By his own admission, this season has not gone as van der Vaart would have hoped, with a best result of tied fifth in Denmark leaving him 96th in the Road to Oman Rankings and with work to do if he is to finish in the top 70 and keep his Challenge Tour card, let alone climb into the top 45 to contest next week’s NBO Golf Classic Grand Final. “There’s been a lot of mediocre golf from me over the summer,” said the 31 year old. “It’s frustrating, knowing that it’s not very far away – we’re too good players to completely lose it – but missing cuts is never fun.
“I’m playing well, striking the ball lovely, holing some really nice putts and my wedge game was really good – I worked on a lot of stuff with my coach last week because you just fall into sloppy habits when you play for eight weeks in a row.“I’ve played a lot of golf this year and your mind is trying its hardest but if you lose certain technical aspects in your swing, it can just be one yard left or right, but that’s the difference between making birdies and bogeys.

“I holed out for eagle on 14 from 84 yards and on the fifth I hit it to one foot, so my approach and wedge game today was really tight and it was great that the work I’ve put in is showing.“I would love to get into the top 70 or the top 45, of course, but I’m not even sure what result I would need. I’m just excited to be back in Ras Al Khaimah, to be playing golf for the next three weeks, that’s pretty much all I can ask for.
“It’s great to see my name on the leaderboard because it’s been a while, but what’s even better is the way I played. I didn’t hit everything perfect because you never do, but I made the right decisions at the right times.“I’m excited to put down a 64 again – it’s still my lowest score, I’ve never had a 63 in my career – and to share the course record, so it’s nice to be rewarded for the work and the patience I’ve shown throughout the years.” 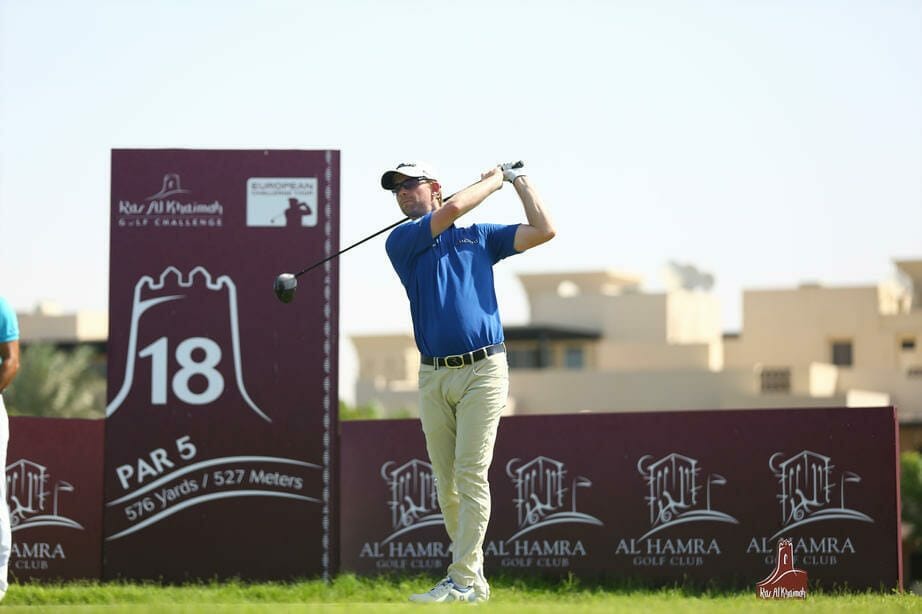 For van der Vaart, success this week may constitute climbing into the top 70 in the Rankings, but his nearest rivals have their own different potential narratives. Oscar Stark, despite a maiden victory earlier in the summer, finds himself in 49th place in the Rankings but three more rounds like his opening 66 and the Swede will surely do enough to secure a spot in Muscat.Chase Koepka, meanwhile, has already secured his European Tour status next year but the American is motivated to try to top the Rankings – a feat that even alluded his brother Brooks – and his bogey-free opening round puts him in a share of second with Stark.
Steven Brown, Victor Perez and Steven Tiley are all one shot further back in a share of fourth place, while Sebastian Heisele continued the good form that earned him a runner-up finish at last week’s Foshan Open with a 68 that puts him in a share of seventh place on four under par.