Moynihan fired up and gunning for glory at Irish Challenge

It’s been a fine season to date for The Island’s Gavin Moynihan but he’s targeting a win at Most Wolseley this week in the Irish Challenge to end it in style.

Gavin Moynihan will hope to make it a glorious homecoming as he targets a maiden Challenge Tour victory at the Irish Challenge hosted by Mount Wolseley Hotel, Spa and Golf Resort.

The Dubliner is attached to this week’s host venue and will tee it up on home soil as the highest-ranked Irishman on the Road to Oman, currently 27th in the Rankings.

Moynihan will turn 23 on the final day of the tournament and would love nothing better than to celebrate his birthday by lifting the trophy.
“The goal for me for the rest of the season is to win an event,” he said. “Obviously to win at Mount Wolseley would be great, then there are some big events after so it would be nice to be able to put on a good show in them too.

“Winning is the aim though. You’re obviously trying to finish as high as you can every week but with not too many events left it’s even more important to get the good results so if I could win this week it would be great.

“There will be a lot of people from home down here this week and doing well in Ireland would be a great way to start off a good run because we’ll now be going pretty much straight through until the end of November.”

A victory for the former Irish Amateur Champion and 2015 Walker Cup winner would cap a breakthrough season as a professional for Moynihan two years after he joined the paid ranks.

He has missed only one cut all year, with highlights including a runner-up finish in the Andalucía Costa del Sol Match Play 9, a victory in the EuroPro Tour’s Lookers Championship and an outstanding top 15 in the Irish Open – earning him a cool €84,505.

With the top 15 in the Road to Oman Rankings earning European Tour cards at the end of the season, there is everything to play for and, with just six events remaining after this week, Moynihan is excited to be starting his final push on home soil.

“I’ve been looking forward to this week for the last two months or so,” he said. “I played the course a couple of weeks ago and it was in great condition.

“I missed the cut by one I think two years ago but I didn’t play great last year so I’m looking forward to doing myself justice this year, and obviously being attached to Mount Wolseley makes me want to put on a good show as well.

“It should be a good week, it’s always nice to be playing in an event in Ireland, it’s only about an hour from my house as well – I’m staying on site but I’ll have a fair amount of support coming along I’m sure.

“My game’s still feeling good. It’s been good since probably April when I won the EuroPro event and now I’m looking to finish the season strongly and see where it leaves me.” 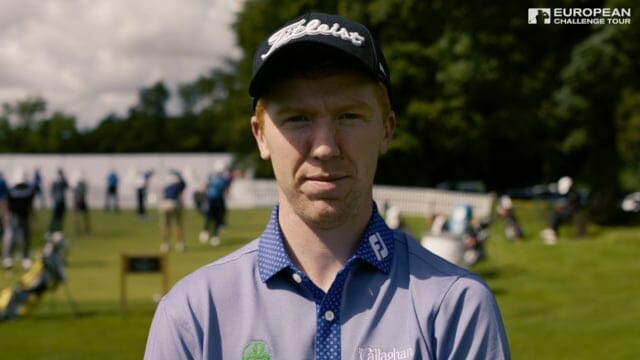