Slow starts for Hurley and Clarke at Czech Masters 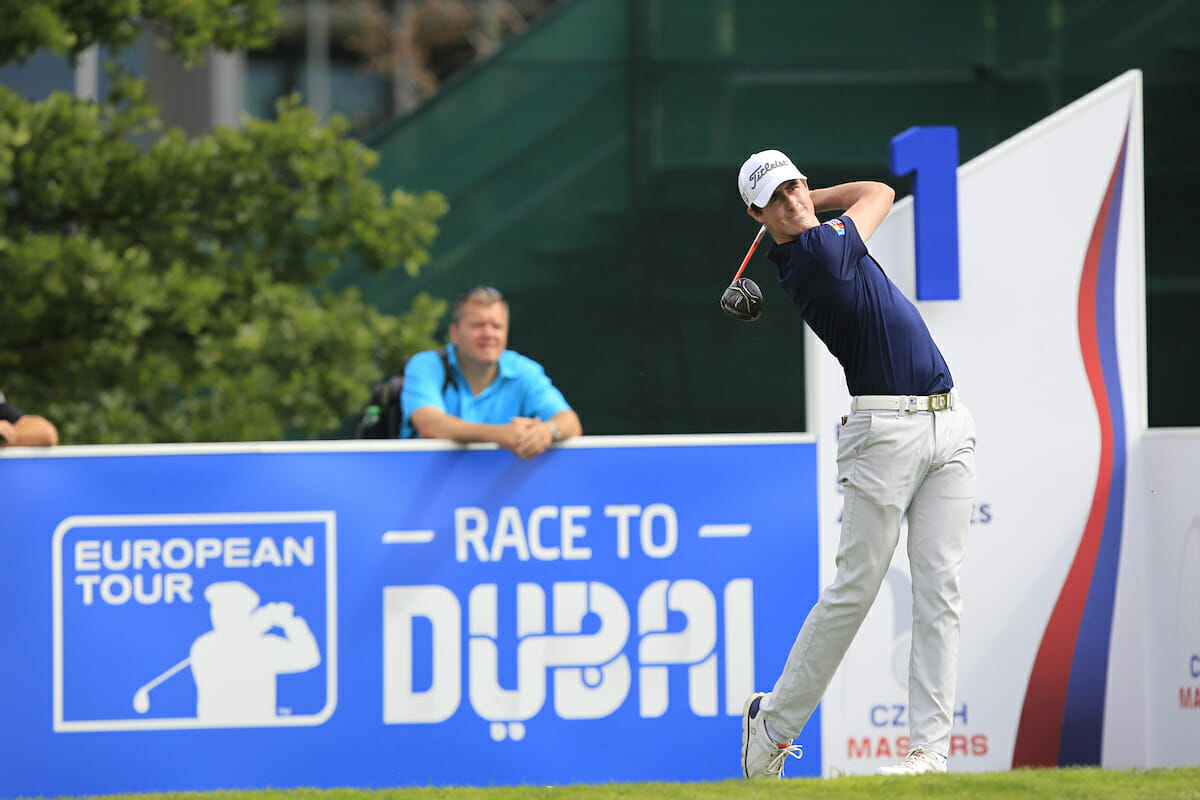 Team Ireland’s Gary Hurley returned an opening one over par 73 on day one of the D+D Real Czech Masters at Albatross Golf Resort. The West Waterford man has had a largely indifferent 2017 to date and will have work to do on Friday if he is to make the grade for the weekend.

Hurley started on the back nine with an opening bogey at the monster 603 yard par-5 10th, but he soon settled into his round with birdies at 12 and 18 to make the turn at one under par. He was going along nicely on his back nine too until a derailing triple bogey 7 at the 4th, his unlucky 13th, halted all momentum. To his credit, he finished off with a closing birdie but it was a day of what might have been for Gary who lingers on the wrong half of the leaderboard in a tie for 79th.

Northern Ireland’s favourite son, Darren Clarke, who was making a rare appearance on the Challenge Tour, also had his struggles on day one. Clarke was out in the worst of the weather but looked as though he was going to reel back the years when he opened with three birdies on the bounce from the first, but for a double bogey on the par-4 8th to spoil the party.

A birdie on 10 got him back to two under par, but that’s as good as it got for the former Open Champion. Another double bogey six on 11 seemed to take the sting out of his tail and two more bogeys to finish saw him sign for a disappointing two over par 74.

At the business end of proceedings, Callum Shinkwin showed no signs of rust after his five-week break, as he fired a six under par 66 to hold the first-round lead.

The Englishman had not played since missing the cut at The Open Championship but arrived at Albatross Golf Resort full of confidence having finished second at the Aberdeen Asset Management Scottish Open the week before.

He recorded eight birdies in morning session and with rain arriving for the second wave, nobody could catch Shinkwin who cut a very happy man atop a packed leaderboard.

“I played pretty well, it was a solid start. I played the par fives well, I kept the ball in play and holed my fair share of putts. I’ve had five weeks off but the confidence has still been there even when I’m playing at home,” he reflected.

“My iron play to be fair was probably my strongest part but everything was good, and if everything is good you can’t really score bad.”

“I’ll just keep trying to do what I have been doing. I’ll warm up the same, I’ll try and sleep the same as well and hopefully the weather holds up.”