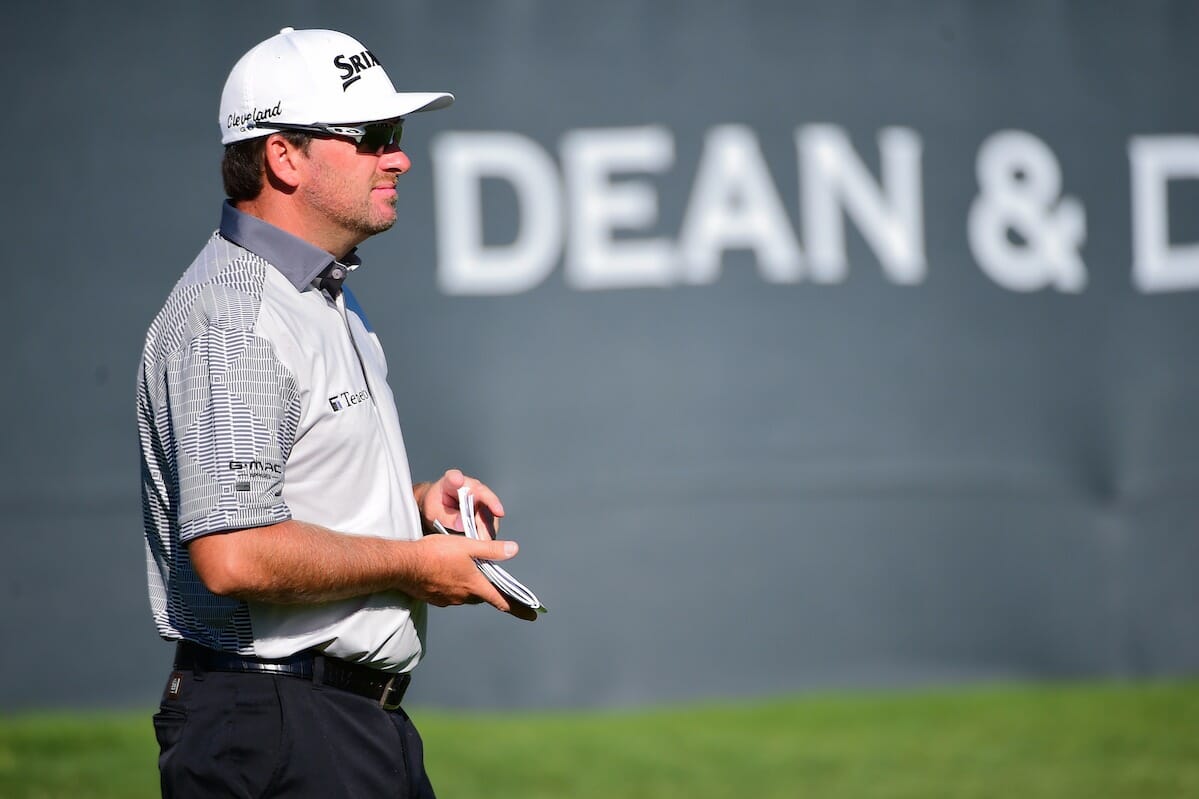 Graeme McDowell declared he does not need to “legitimise” his decision to skip the BMW PGA and remain Stateside to contest for a first occasion the Dean & Deluca at Fort Worth, Texas.

McDowell hit the flag stick with his birdie attempt chip-shot at his 18th hole in a superb bogey-free four-under 66 in heatwave conditions on the Colonial course.
It is only the first time since making debut in 2003 McDowell has not been at Wentworth and in what is also this week a first showing in the city founded in 1849 as a US Army outpost.
And McDowell was naturally delighted with his effort over a course where legendary Ben Hogan won the same event five times between 1947 and 1959.
“I think we got very fortunate this morning. It was pretty benign for the first 12 or 13 holes. As forecasted, this is now starting to get up,” McDowell said.
“Like shots like my second shot to 9. I had 136 flag and playing anywhere from 155 to 160, so there is a 20-, 25-mile and hour wind whipping up out there.
“So, lucky enough to get out there and get a nice run in and take advantage of the conditions this morning”.
But then “G Mac” was not about to declare after just one round he is delighted to have teed-up in the city founded in 1849 as a US Army outpost.
“It would be easier to be out there on the course thinking to myself I have got to legitimise my decision to be here in Fort Worth and I have to prove I have made the right decisions,” he said.

“But then I said to myself I am not here to prove anything to anyone, and I am here to chase FedEx Cup points and get myself into the Tour Championship for a first time in my career.

“So, I am not here to answer the question “Did I make the right decision to come or should I be in Wentworth?” but then looking at the sunny skies in Wentworth this morning in watching golf from there on the TV, “Yes” it looked beautiful over there.
“But I am here in Texas for all the right reasons and I am not here to prove anything to anybody”.

McDowell, who started his round from the 10th, recorded four birdie, two on each nine, and including playing holes one to five in one-under which he said ahead of the event would be the key to any good round.

“It was nice in a way to not start there this morning early. The start on the back is maybe slightly more benign, and that’s just luck the draw sometimes. It was nice to be coming into that front five warmed up and kind of good to go. I missed a fairway right on 1 which you’re not supposed to.

“Actually gave myself a good look at birdie. But, no, I got through those holes. I made a great birdie on 4, which was one I had from the back fringe, and that really got me going. I hit a great tee shot around the corner on 5. I played that stretch reasonable well.

“This is a great golf course. Obviously, this wind strength here now for the afternoon and we’re going to see it again a little bit tomorrow. It really brings another added dynamic to the golf course.”

American Derek Fathauer was the early clubhouse leader with a five-under 65 and placing McDowell in a three-way tie with red-hot Spaniard Jon Rahm, who revealed recently he will contest this year’s Dubai Duty Free Irish Open.