Rory kicks into gear on the greens at Bay Hill

After two disappointing days and just scraping through to the weekend at Bay Hill Rory McIlroy leapt up the leaderboard with the low round of the tournament carding a seven under par 65 on Saturday to lie on -6 for the tournament.

McIlroy had been struggling with his timing this week, playing his first 20 holes in 4 over par. He spent 40 minutes on the range late Thursday trying to sort out the swing issues that led to his first-round 74.
“My timing’s just been a little bit off this week,” said McIlroy, who’s making just his second start since returning from a stress fracture in his rib. “My timing was a bit better today, starting from the warm-up on the range and thankfully it transferred out onto the course.”
The most notable improvement on Saturday for McIlroy was on the greens, showing great progress a couple of weeks from the Masters.

“ Yeah, the putter was better. Said McIlroy. “Speed was a little better on the greens. I had a bit of a chat with Phil Kenyon last night. Felt it was good, just the speed was off and the commitment wasn’t quite there, compared to the way it is on the putting green when we practice. So just tried to be a little more committed to the lines and it seemed to work. Just a little more aggressive with the speed as well. So it was nice to see a few drop.” 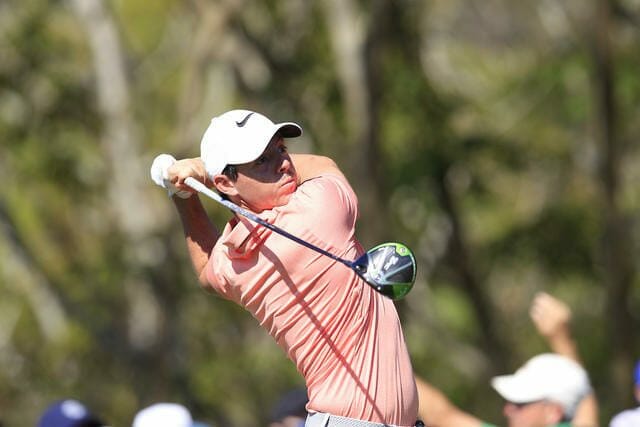 McIlroy didn’t make a bogey Saturday, missing just three greens in regulation and was very happy with the day’s work.
“I’m really happy with the way I played. And to be starting today at 1-over par and to end it at 6-under for the tournament is great. But I can’t control what the guys do out there. I know that the leaders have made a couple of bogeys already, but there’s chances out there. You’ve seen a couple of 65s already, the par-5s are gettable, so if I can be within five or six of the lead going into tomorrow, I would be pretty happy.”
Sitting only 5 back from the leaders Kisner and Hoffman and with only seven players to pass a Sunday charge looks likely. 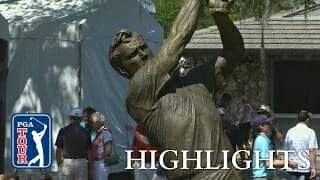