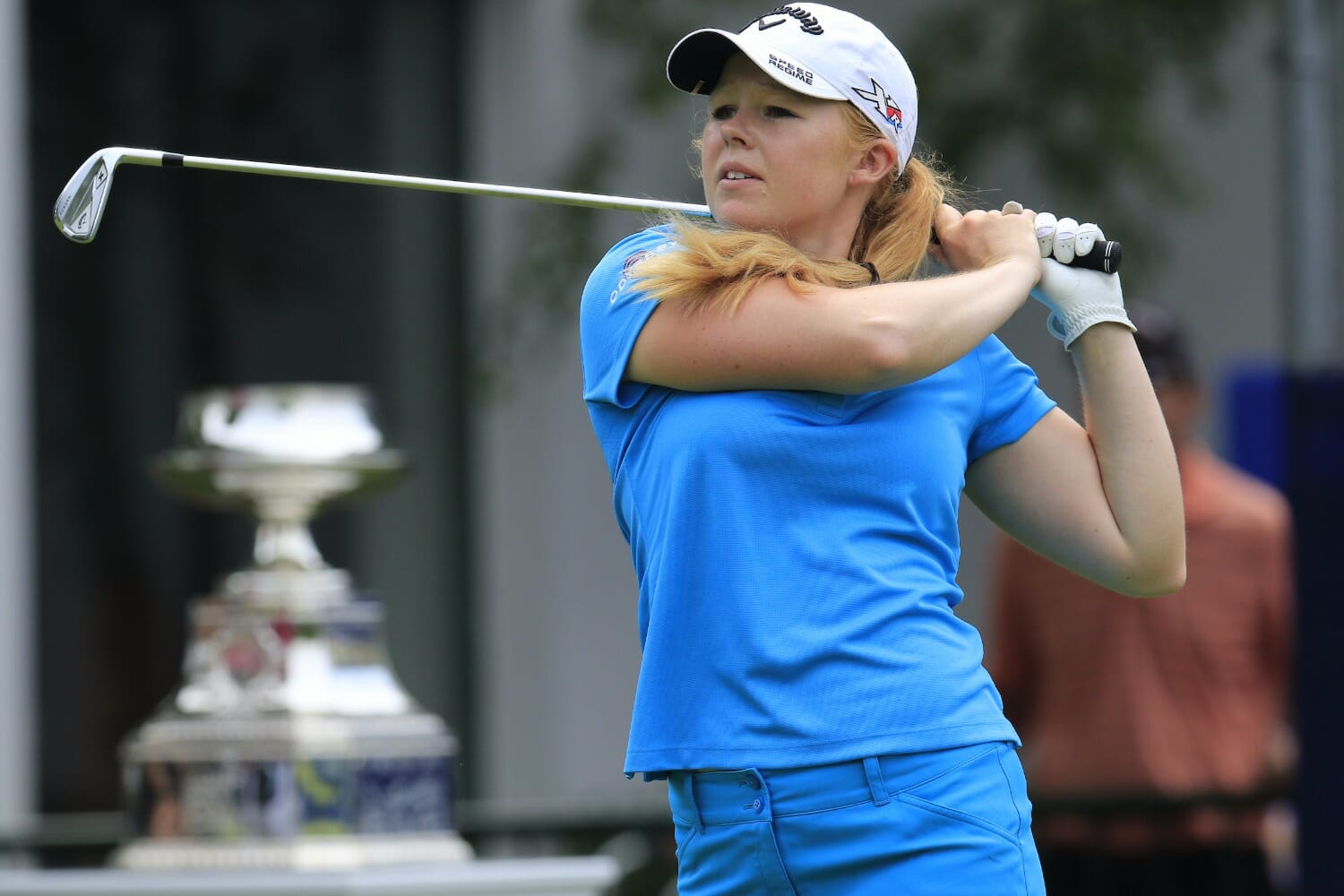 Stephanie Meadow followed up her opening round 69 with a very disappointing 76 to miss the cut at the Bank of Hope Founders Cup on the LPGA Tour.

In only her second start this season the Jordanstown professional was well placed after the solid opening round but as Meadow struggled the field went low with the five-under cut line the lowest in LPGA history, and 74 will play the weekend.

At the top of affairs Stacy Lewis and Ariya Jutanugarn head a packed leaderboard at 13-under par. The duo leads Jeong Eun Lee, Mi Jung Hur, Michelle Wie and Vicky Hurst by one stroke and has a group, including Inbee Park, Jessica Korda and In Gee Chun, within three shots of the lead.
Lewis’ bogey-free round has her sitting in a good position heading into the weekend.  Having two solid rounds, Lewis is looking to pick up her first victory since 2014, following her opening round 64 with a 5-under par 67 on Friday at Wildfire Golf Club.

“I played really solid; today was another good day,” said Lewis.  “Didn’t have the distance control with my wedges quite dialed in the way I would’ve liked, but still made a bunch of birdies and shot a good round.  It’s always hard to follow up a round like yesterday, so happy with the day again.”
Wie sits just one-back of the lead heading into the weekend.  She started her day on the front nine and had a hot putter carding six birdies before dropping a shot with a bogey on the par 4, 13th to card a five-under-par, 67 to move to 12-under par for the week.

“The front nine went very well. Just like I felt like on the front nine every time I had a birdie opportunity I took advantage of it,” said Wie. “That’s kind of what you need to do on this golf course. You have to shoot low numbers out there. Even I shot 7-under and 5-under, and I am still one off the lead. You just have to keep making birdies to stay afloat well.”